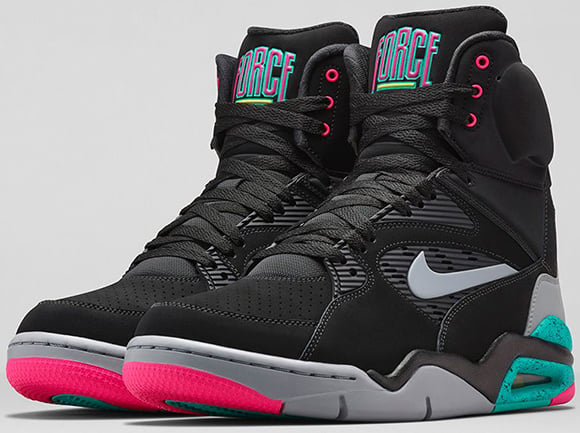 The San Antonio Spurs will also be home to David Robinson, and when you think of him you might think about his sneakers, which were at one time the Nike Air Command Force. Paying tribute to the man, Nike is bringing back another colorway of the Air Command Force being called ‘Spurs’. Today we have an official look at the kicks.

Featuring a mixture leather and nubuck in black, the Spurs also takes on a ‘Riverwalk’ theme using hyper jade and hyper pink both making them pop. The brand has also used wolf grey that will land on midsole and around the heel.

The Spurs Nike Air Command Force is dropping this Friday, December 19th 2014 for $200. Are you planning on picking up this pair? 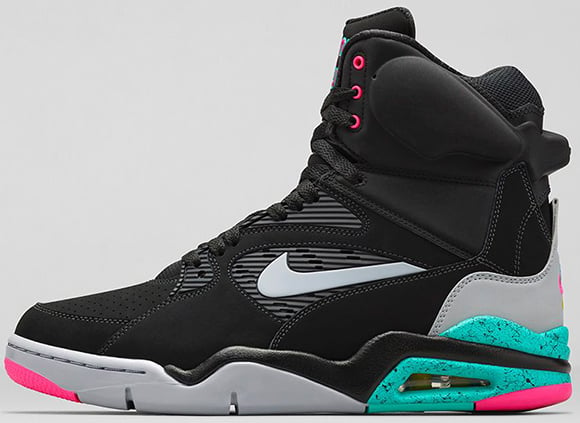 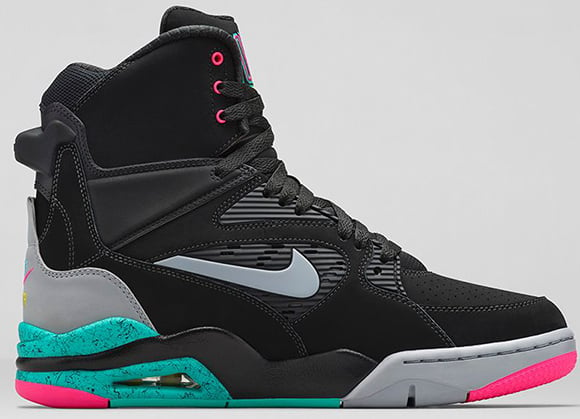 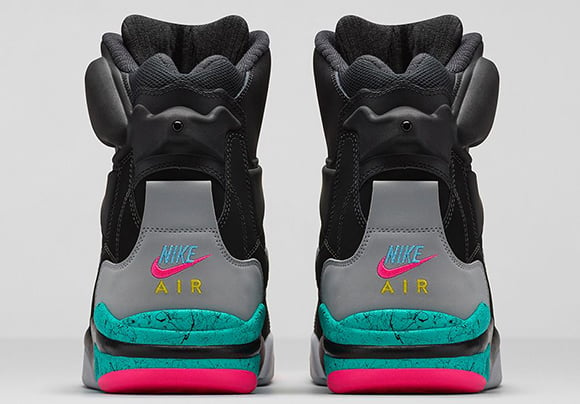