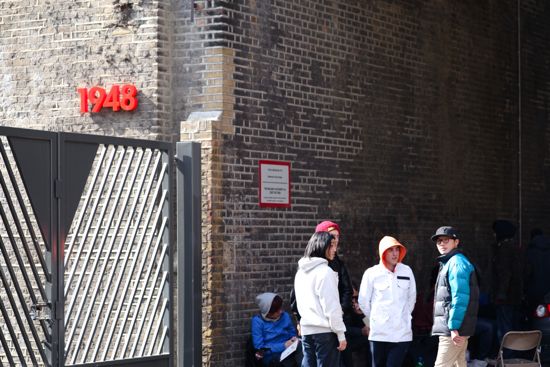 “This Saturday saw the final release in the HTM Flyknit series, drawing the Flyknit installation at 1948 to a close.

Designed by Hiroshi Fujiwara, Tinker Hatfield and Mark Parker, the release of the black speckle HTM Flyknit colourway saw eager fans waiting since 10pm on Friday night for a chance to get their hands on one of twenty pairs. With one keen fan even sending down his assistant to queue on behalf of him! (We hope he rewarded her kindly.) With the next batch of Flyknit shoes due for release in late April, we spoke with some of the those that waited overnight to be the first to get the shoe and the last in the trilogy.” 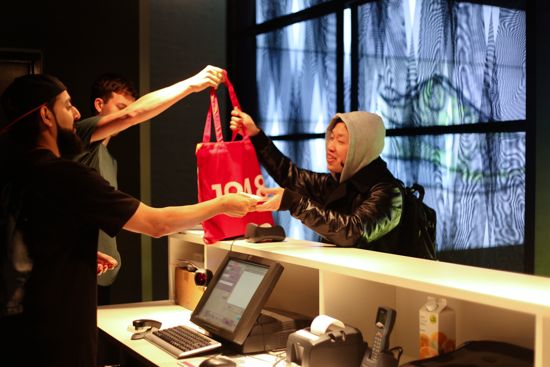 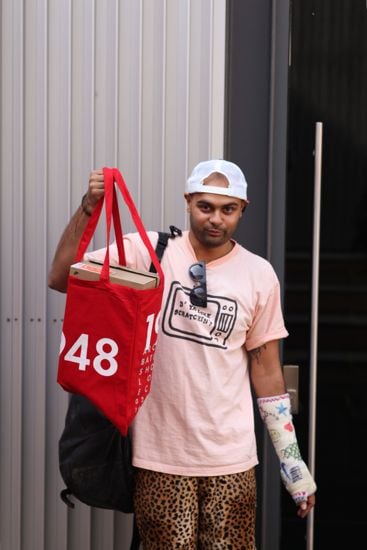 Name: Nish
Age: 19
How long were you waiting? Well I live across the road so as soon as I peeped by head out around 11pm I saw some people waiting, so I packed my bag and came over.
What was it about the HTM Fly Knit that made you queue? This (black speckle) was the only one of the three that I wanted and finding out that there was only a few pairs, I just had to have them, classic black running shoe.
Will you be using them to run in? No, they’re too fresh for that. 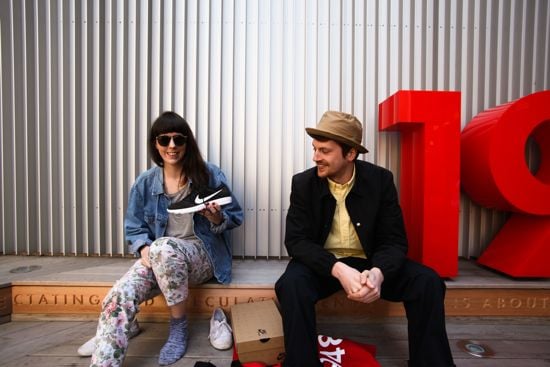 Name: Ruth
Age: 30
Why did you want the HTM Fly Knits? Well my boyfriend was queuing for me, and I just found out they are the last pair! Also they go with my ridiculous trouser collection.
How you feel about getting the last pair? Good, and lucky!
Why the HMT Fly Knit in Black Speckle? The speckles. 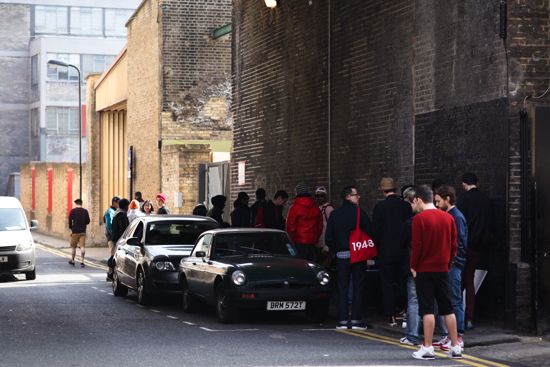 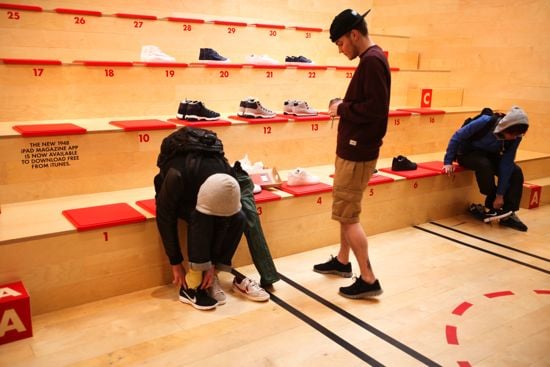 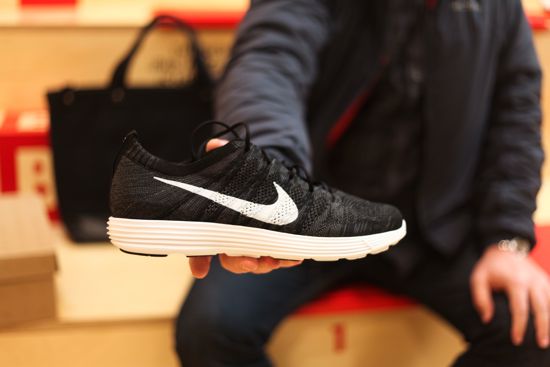 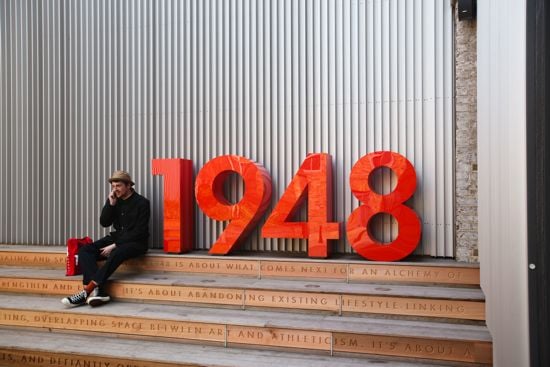