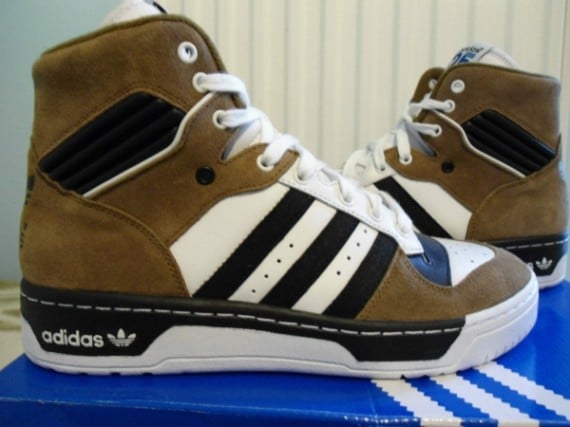 A few previews of the upcoming NIGO x adidas Originals collaboration have made their way online, and are already taking bids on ebay. NIGO joined the adidas roster in early 2014, along with Pharrell Williams and Kanye West. In this first look at these collaboration samples, we’re getting a new colorway option for the Rivalry High sneaker model.

The NIGO x adidas Originals Rivalry High Sample feature brown suede paneling on a white leather base, with black accenting. Along the toe cap and the rear of the uppers, a smooth brown suede wraps around the sneakers tall silhouette. White dominates the tongues, toe box, midfoot panels, and the outsole. For accenting, black leather graces the three stripes on the shoes and the midsole. The special feature of these shoes are the “25” branding tags on the tongues, which are symbolic of the February 25,  2014 announcement of NIGO partnering with adidas.

What do you think of these sample Rivalry Highs? Would you like to see more adidas and NIGO collabs in similar colorways? Check out the current bids for these on eBay now, and let us know what you think down below! 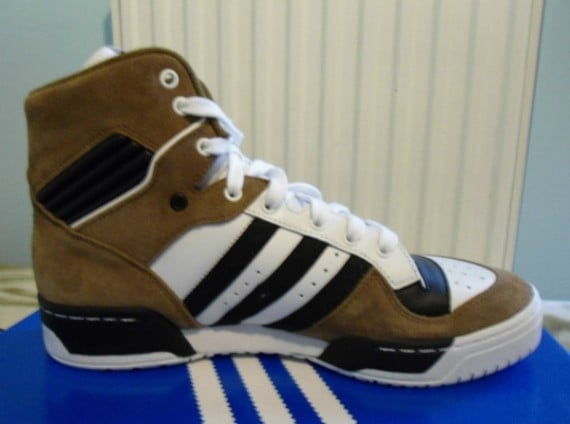 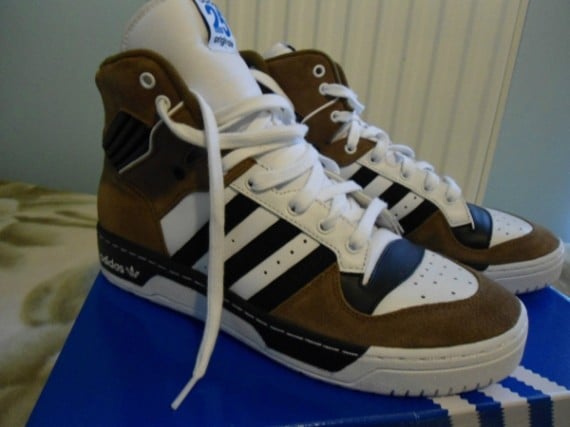 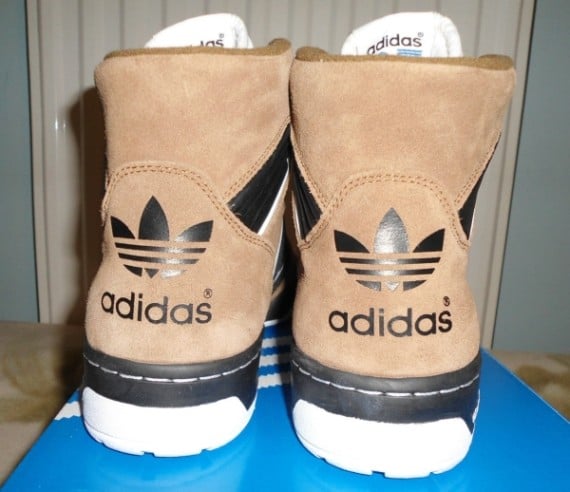 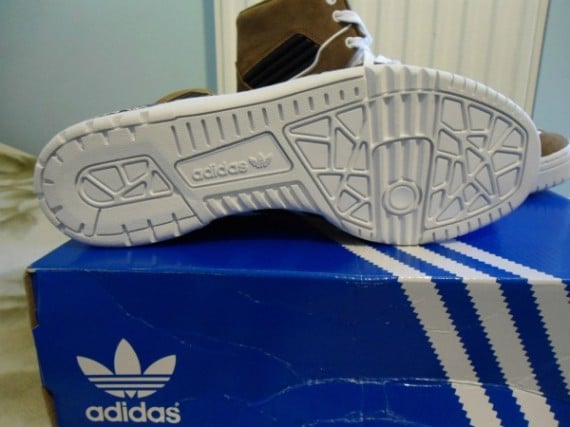