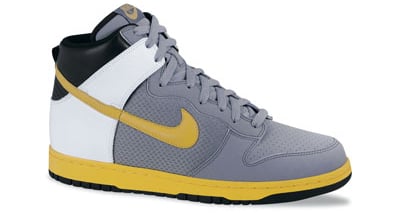 This pair of Nike Dunk Highs are already nicknamed the “Bo Knows” because of their resemblance of the Nike Air Trainer Max 91 which was worn by Bo Jackson. The color ways are on point containing Black/Grey/Yellow/White but it is not known if this is fact or rumor about a Bo Jackson package releasing. Via Docious.

(The pair below has already released, it is just here to show you the comparison)