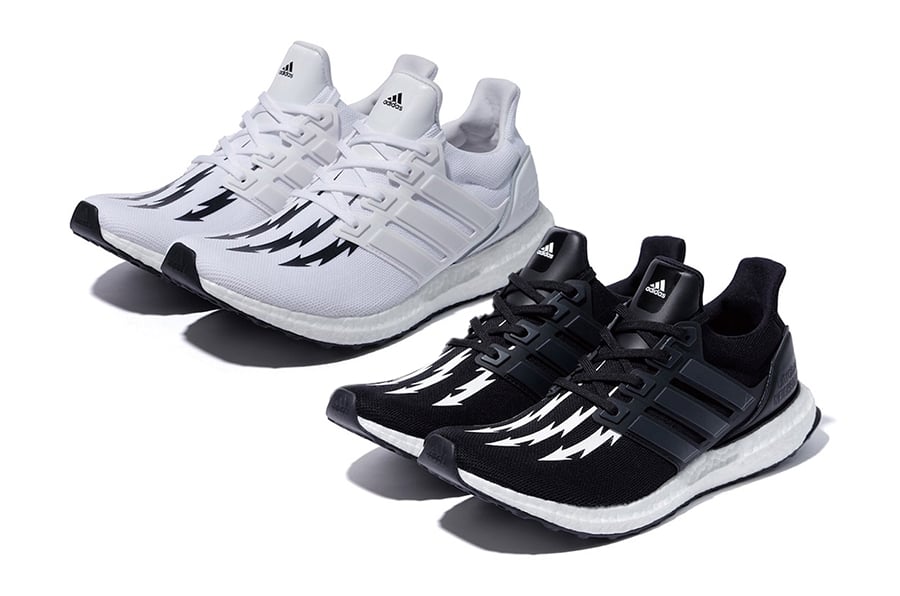 Neighborhood is expanding on their collaborations with adidas Originals after connecting with Bape on the POD S3.1 and NMD TS1. Now the next release will be two colorways of the Ultra Boost.

We received a first look thanks to Neighborhood founder Shinsuke Takizawa who has shared two upcoming colorways of the adidas Ultra Boost which comes in either Black or White. Stranding out the most is jagged lightning bolts running down the shoes and ends on the toe box. Other highlights includes tonal cage, full length White Boost midsole and Black rubber outsole.

The Neighborhood x adidas Ultra Boost ‘Thunderbolt Pack’ is set to release at Neighborhood’s website on April 27th. Currently a wider release has yet to be announced. Once more information is available we will make sure to update.

Update 4/23: Neighborhood just unveiled their Ultra Boost collaboration which forms the ‘Thunderbolt Pack’. Two color options will release, one featuring a White base and Black bolts while the other uses a Black base and White bolts. Both will release at Neighborhood’s web store on April 27th. 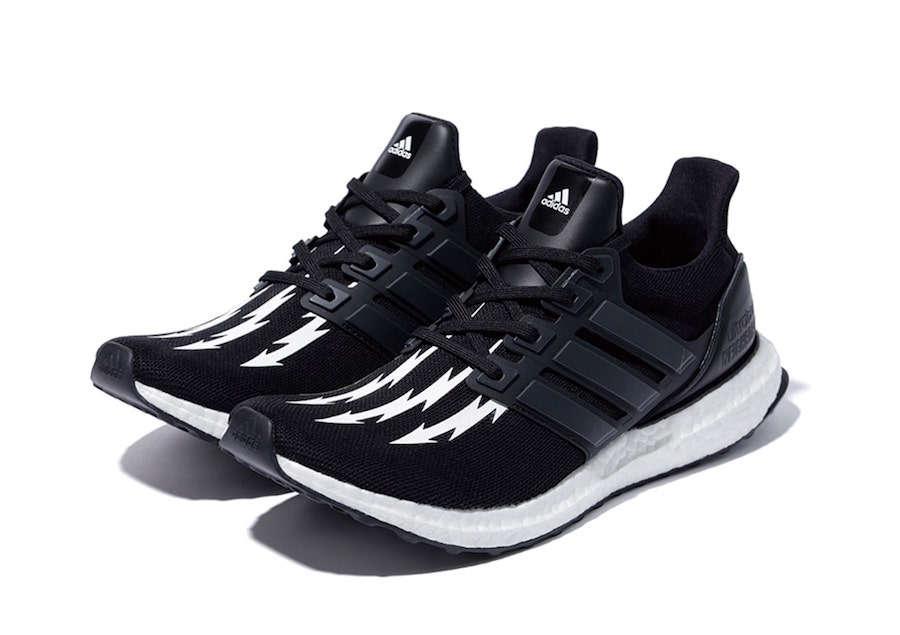 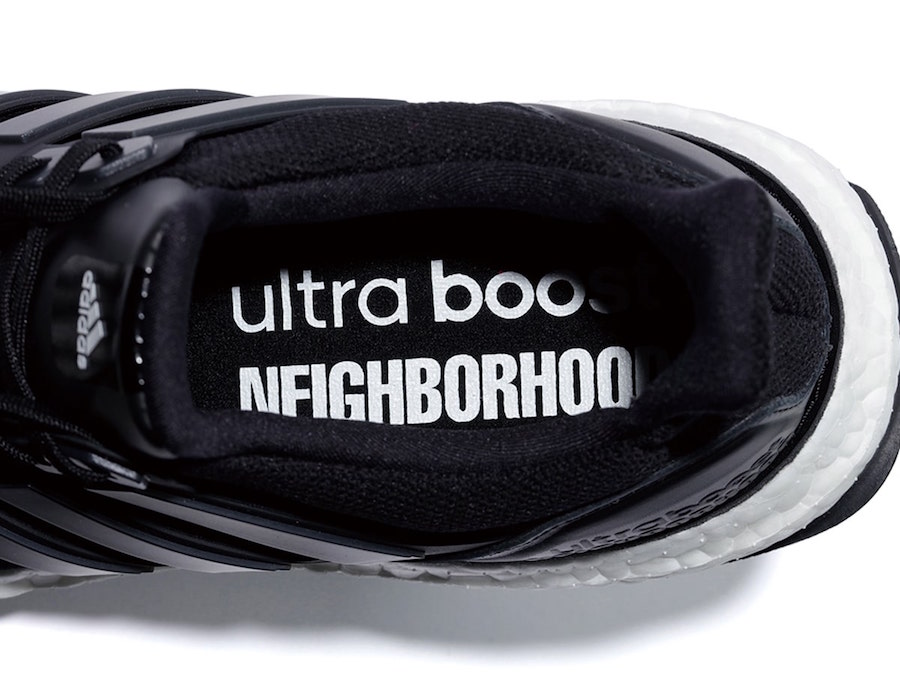 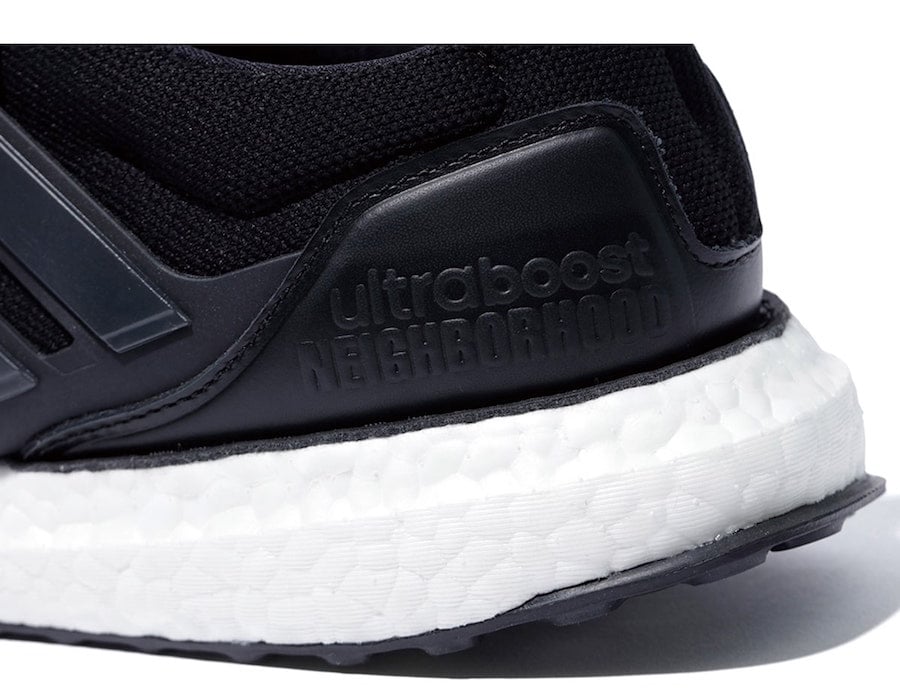 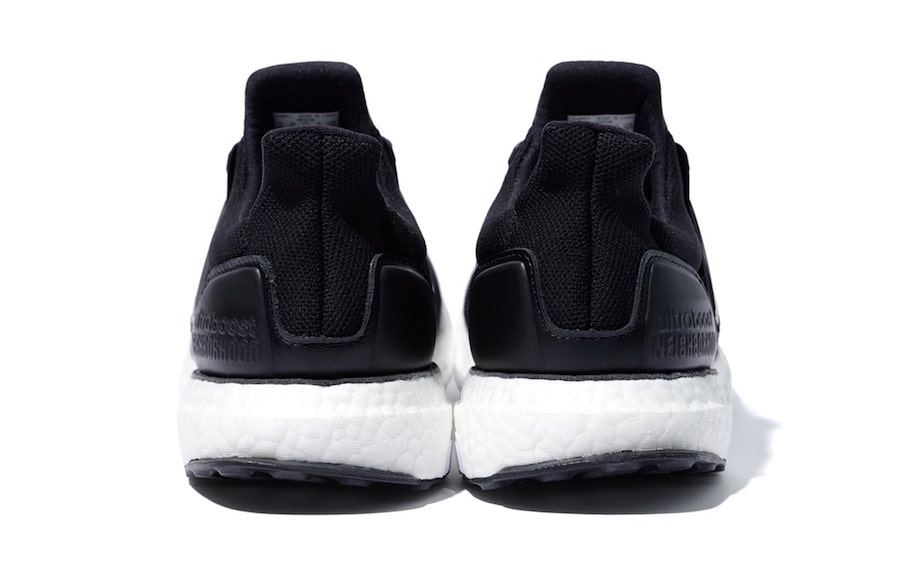 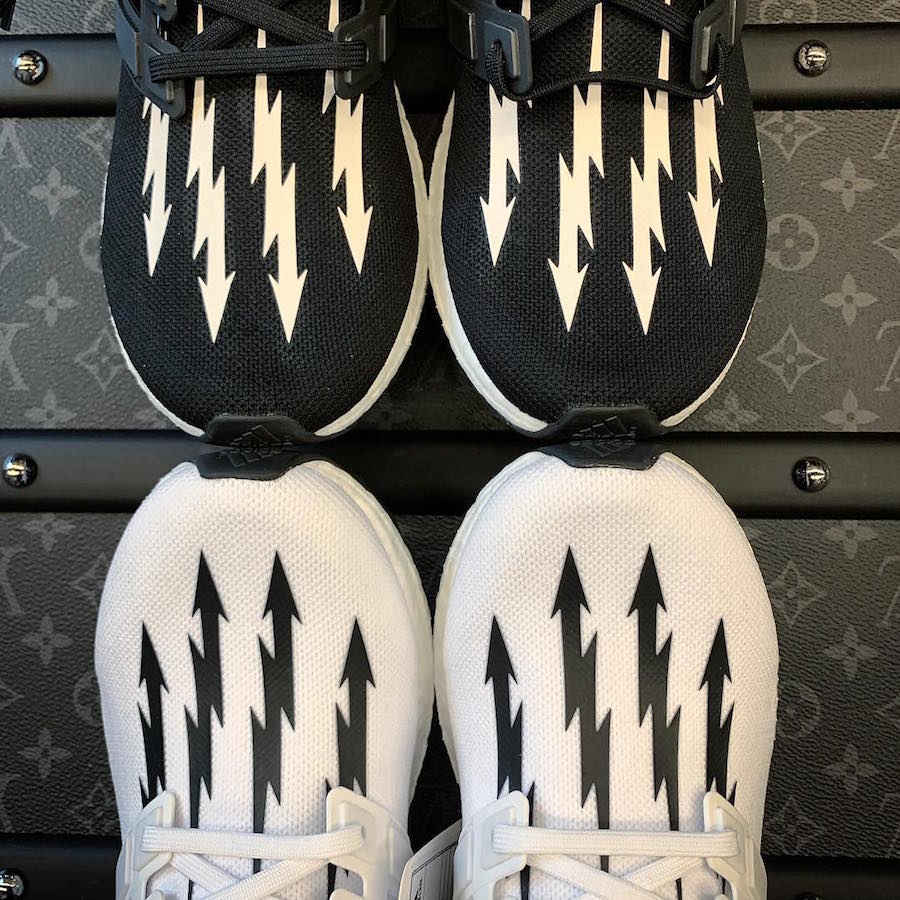