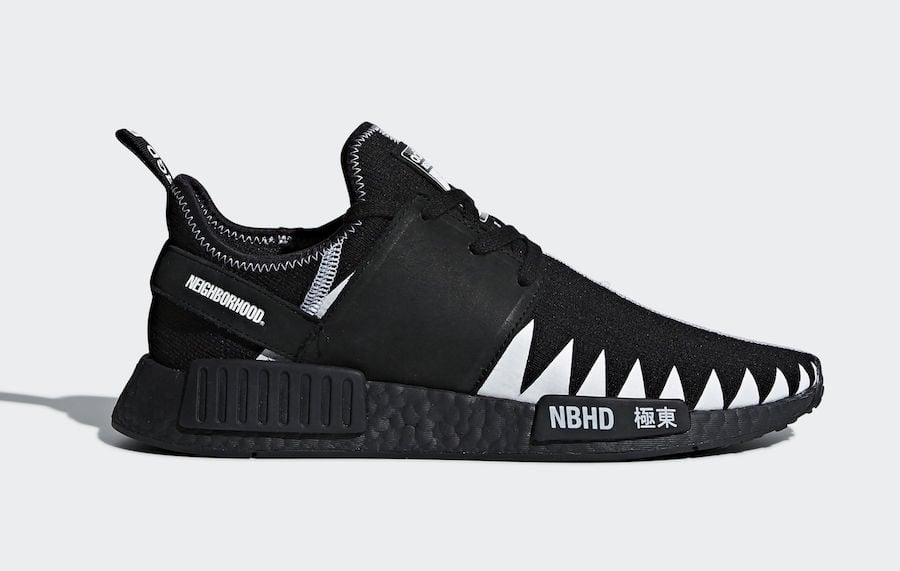 This adidas NMD comes dressed in predominate Black, however there is White triangular patterns around the toe and part of the panels that almost resembles teeth. In addition NEIGHBORHOOD’s branding is seen on the tongue, one of the EVA pod overlays and heel pull tab. Finishing the look is Black on the Boost midsole which extends across the outsole.

The NEIGHBORHOOD x adidas NMD Black Boost is scheduled to release at select adidas Originals retailers including online at adidas.com on February 24th, 2018. Retail price is set at $200. Also releasing on the same day is the I-5923, Gazelle Super, Chop Shop and matching apparel.

Update: Official images of the Neighborhood x adidas NMD R1 which will release during February. 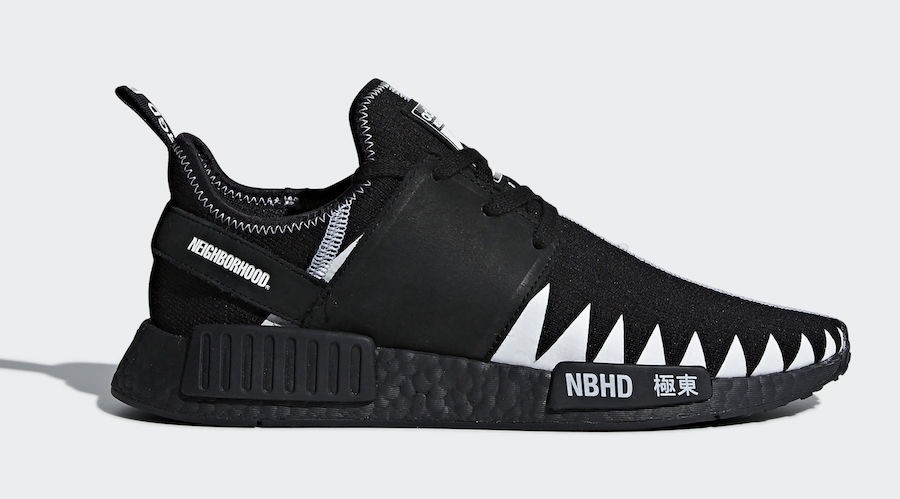 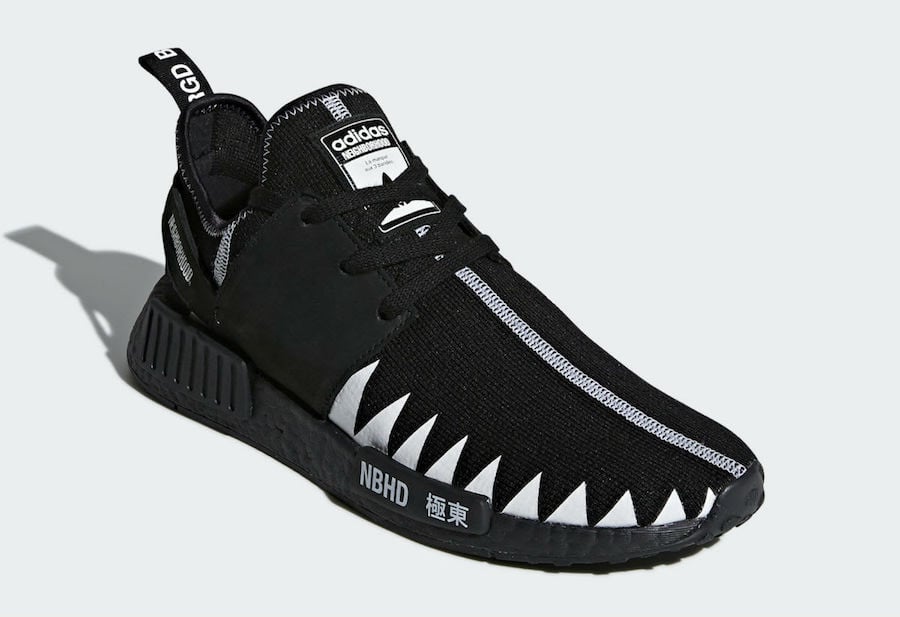 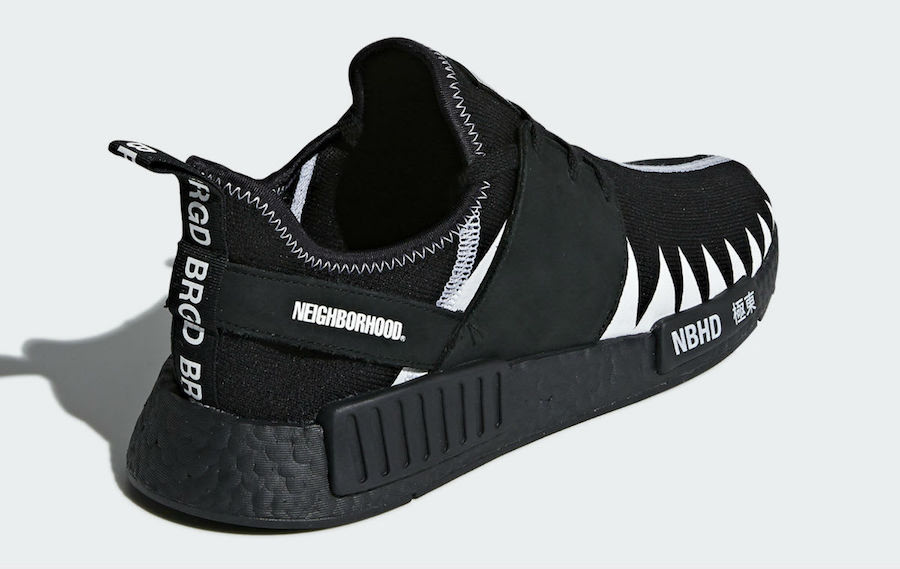 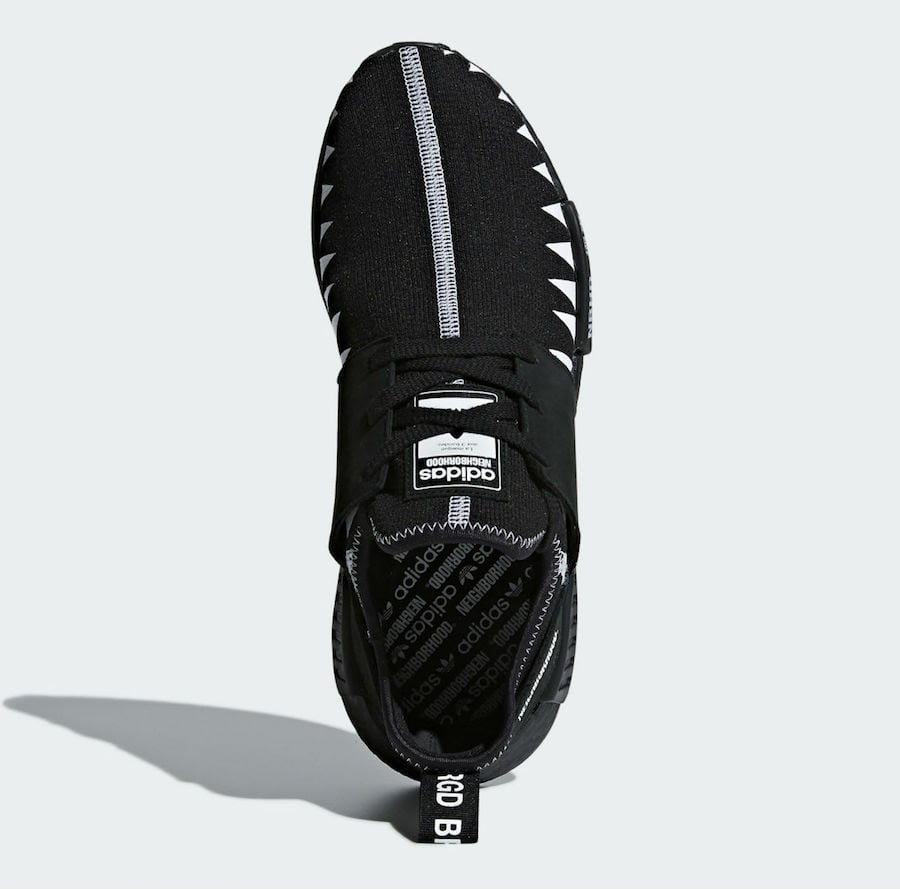 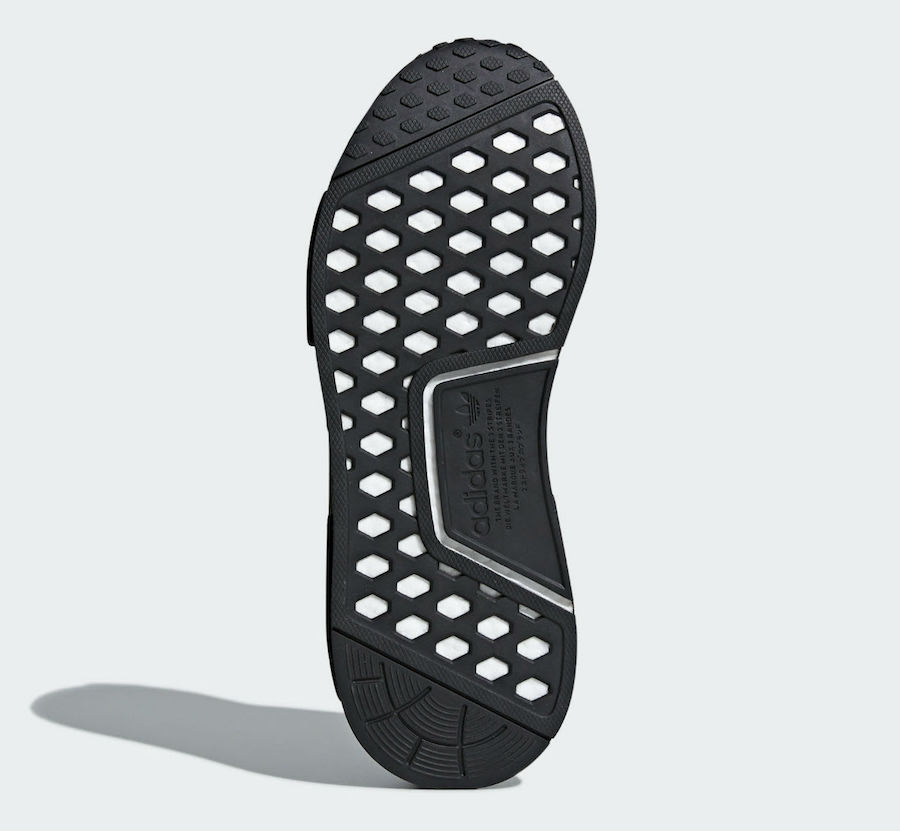 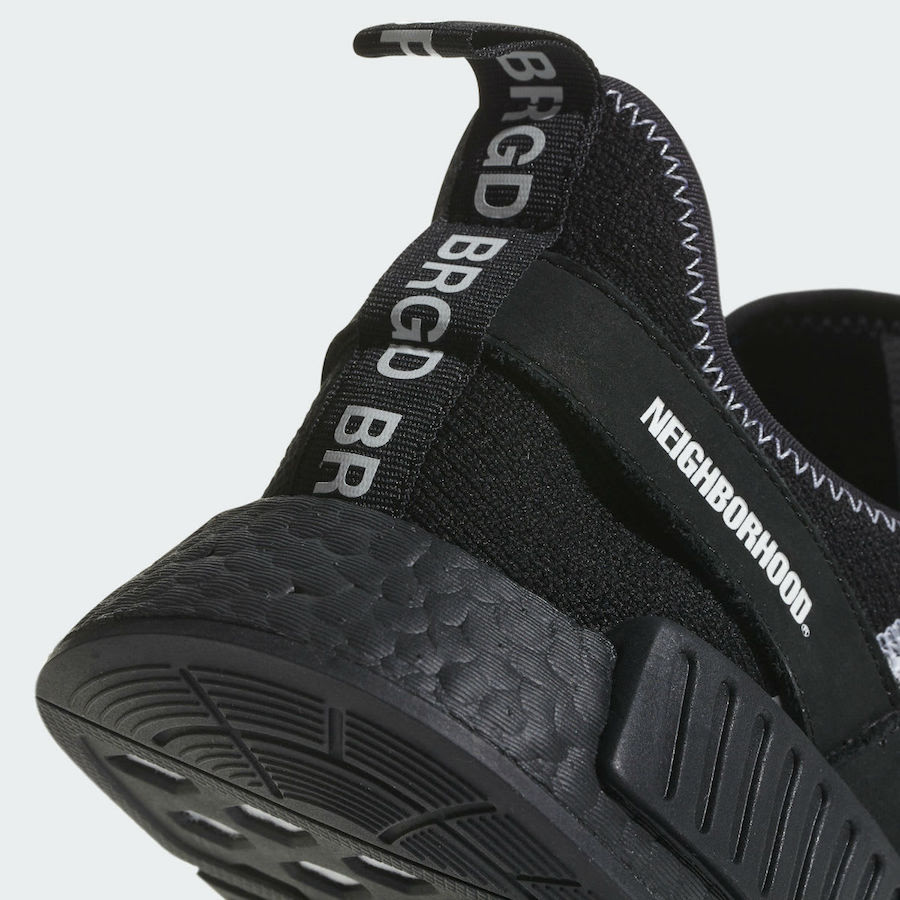 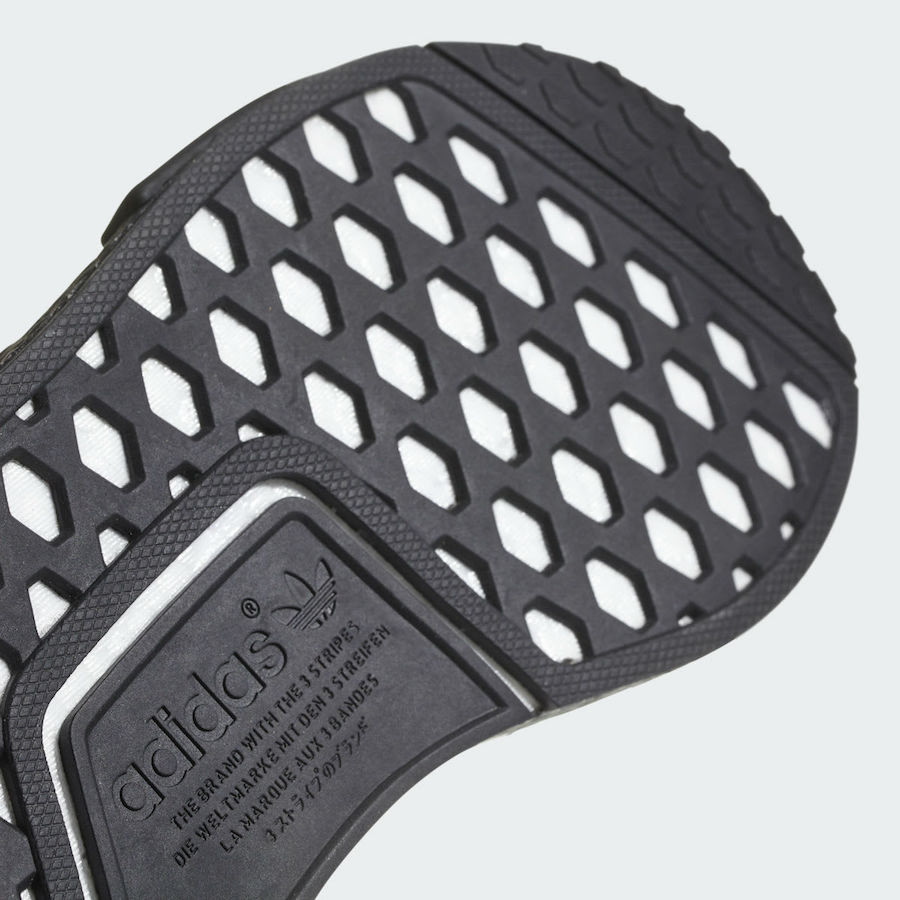 Update: On feet look at the NEIGHBORHOOD x adidas NMD via 13thmessenger and randygalang. 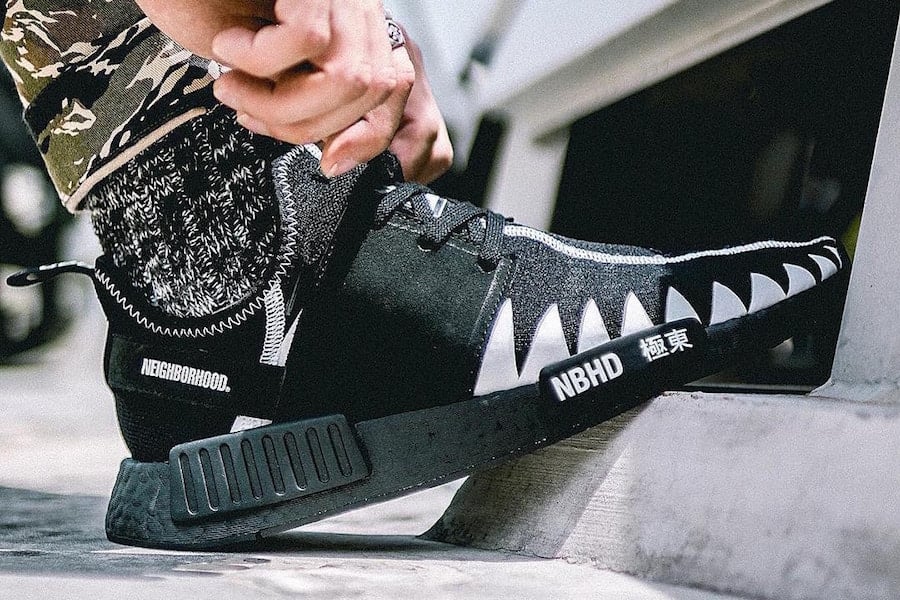 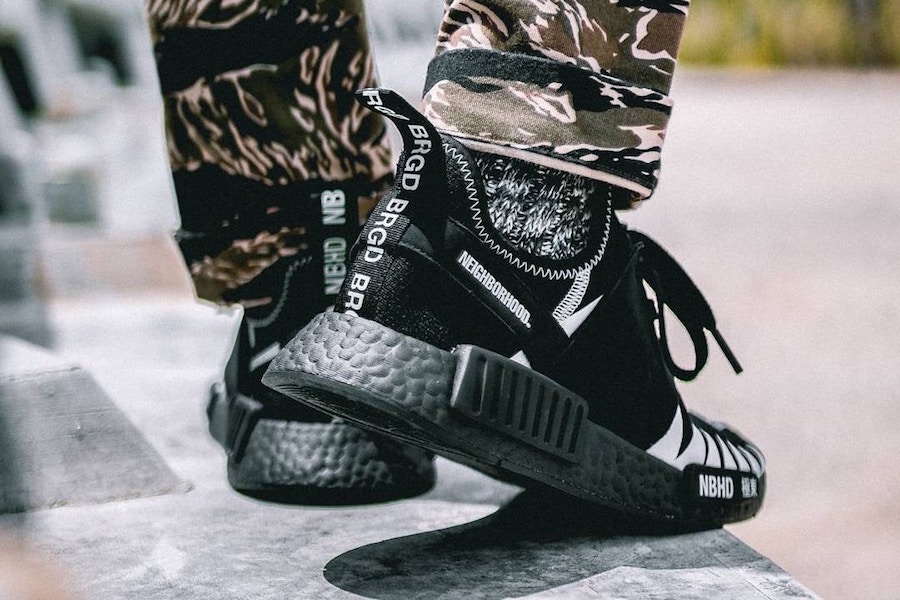 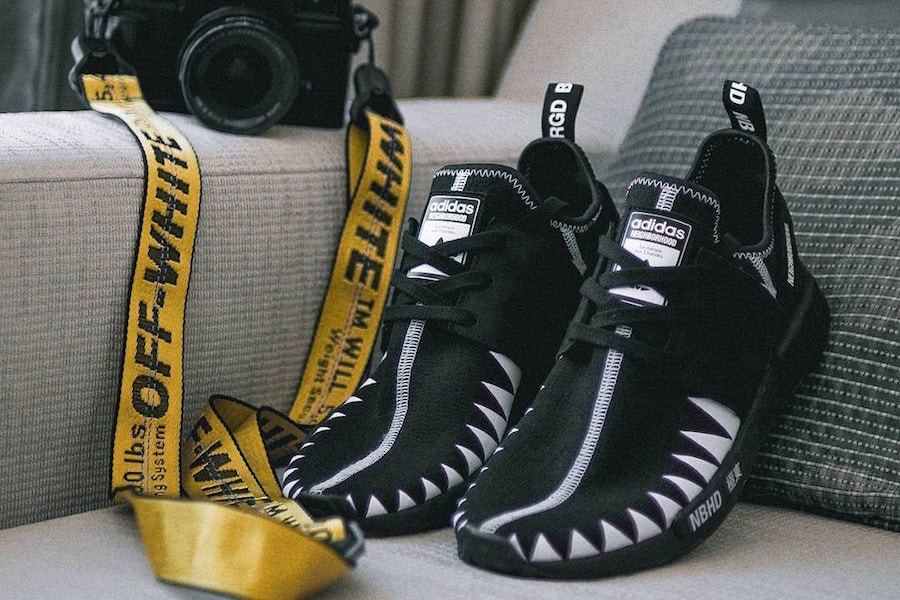 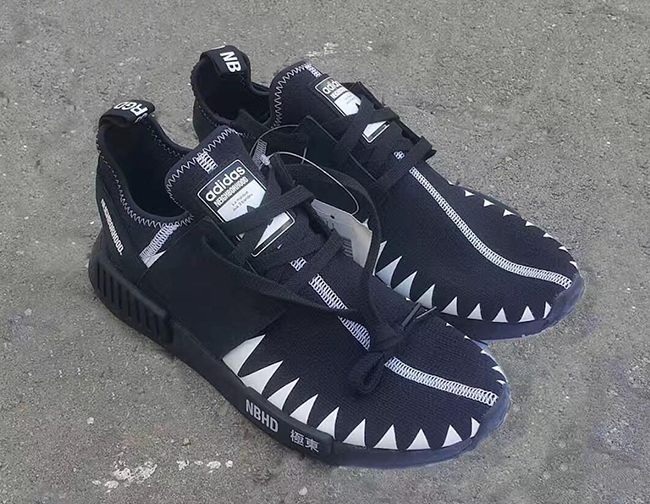