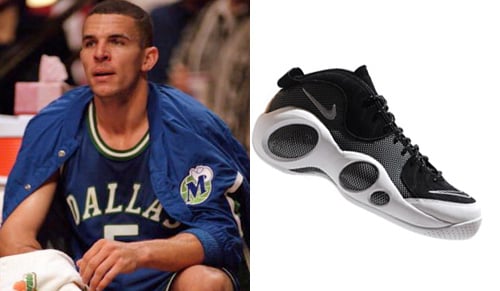 To celebrate the 2008 NBA Draft, we have collaborated with the NBA to show the “Best Draft Picks of All Time” and their sneakers. We will bring some information on the individuals rookie season, and talk about the shoe that made the biggest impact. Our number 10 pick is Jason Kidd.

Jason Kidd was born in San Francisco, but grew up in Oakland California. After his great career at Cal Berkley, in 1994 Jason Kidd was drafted 2nd overall into the NBA by the Dallas Mavericks. Kidd was announced co-rookie of the year alongside Grant Hill.

Jason Kidd received his first signature shoe in 1995, which was the Nike Zoom Flight 95, and it so happens they Retro’d this year. The Nike Zoom Flight 95 received the nickname “Bug Eyes” due to the circles on the midsole. Nowadays, it is a little difficult to find a original deadstock pair, but many have ate up the Retro Release. 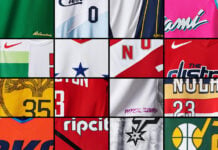 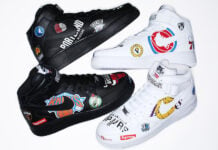