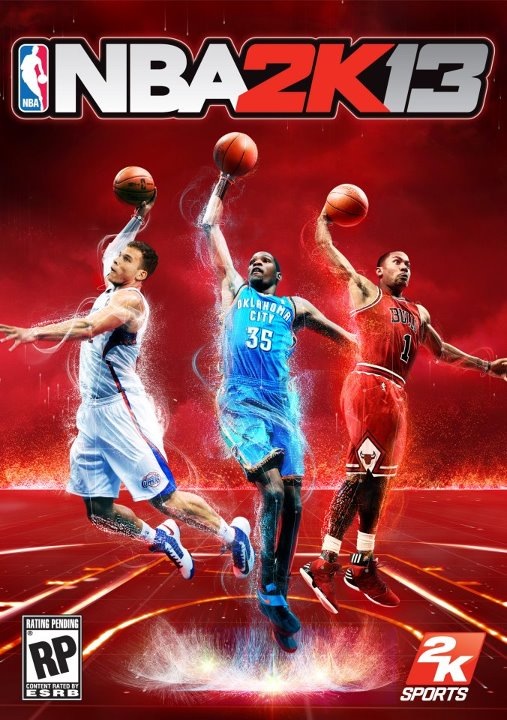 This is the moment that you’ve all been waiting for! Well, at least for most gamers and shoe fanatics there’s a lot to be excited for as the new NBA 2K13 game cover has officially been unveiled.

Over the past several years,  NBA 2K game covers have featured several NBA legends like Michael Jordan, Magic Johnson, and Larry Bird, but, not anymore. The time has come for the news faces of the game to take center court. Blake Griffin, Kevin Durant, and Derrick Rose have all made their way onto the cover of video games’ best.

What’s an NBA video game without hot kicks though? No worries, the players rock the new Nike Hyperdunk, an early edition of the Nike Zoom KD IV, and the adidas adiZero Rose 2.5, respectively.

Get ready for new improvements and the same great game as NBA 2K1 releases on Tuesday, October, 2, 2012.