MTV was huge during the 1980s and 1990s. If you grew up during that era, you probably watched music videos before and after school. Now MTV is connecting with Vans to celebrate the skate brands 50th anniversary on the MTV x Vans Era Pro collaboration.

Growing up in the 1980s and being apart of the skate scene, you probably watched a ton of MTV and rocked Vans. The Vans Era Pro originally released back in 1984 and with MTV set to collaborate on the model, this is another way the brand is celebrating their 50th Anniversary. Dressed in Black and Red, around the heel, down the tongue is the original MTV logo. Using a White midsole with Black streaks, the sole is dipped in Gum. Completing the look is a Gold Vans 50th Anniversary logo on the insoles.

The MTV x Vans Era Pro will be available on July 16th, 2016 at select Vans retailers in limited quantities. One of the retailers you can grab them from is of course Vans.com. For those needing to check out more photos, scroll below for a closer look. 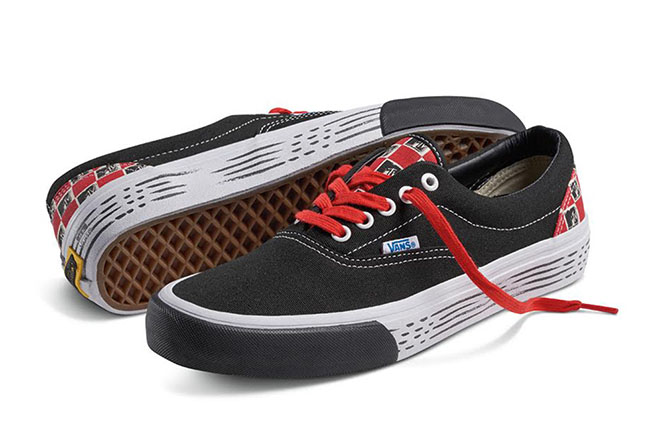 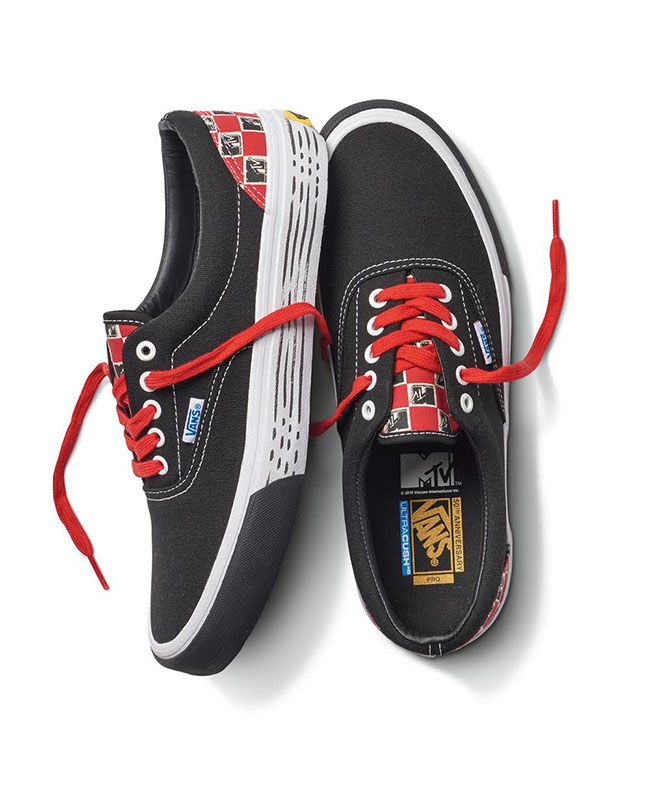 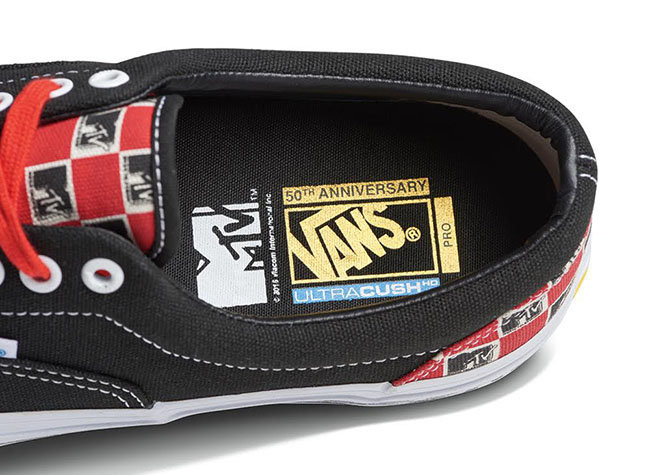 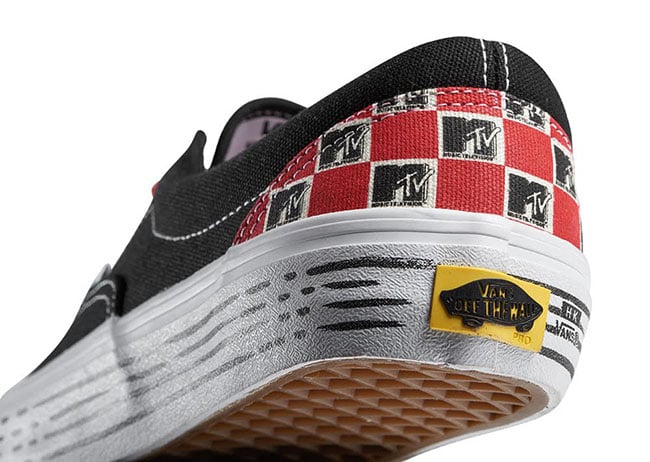