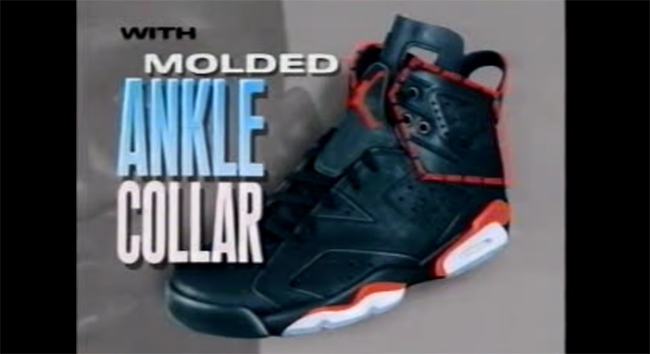 In the video, Michael Jordan tells Tinker to remove the toe cap that overlays the toe which was used on the Air Jordan 5 and make it clear. Of course Tinker agreed with him and stated: “That’s part of our whole thing with you, too, is not only does it work better, but it always looks better.”

To see the full video which is almost 18 minutes long, see below. If you want to see Michael and Tinker sit down and discuss the Air Jordan 6 design, fast forward to the 13 minute mark. As well, the video has some other cool stuff involving Nike and brand athletes.