HomeSneaker WorldMichael Jordan on Kobe Bryant: Only One Who Deserves Comparison

Michael Jordan on Kobe Bryant: Only One Who Deserves Comparison 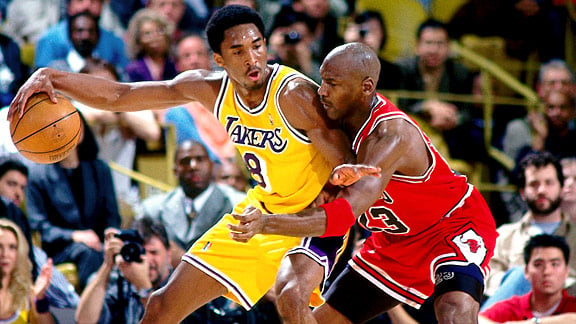 For many years there has always been one lingering question: Who’s the next Michael Jordan? We’ve come to see many players emulate their game after the G.O.A.T. (this is not up for debate), but none unlike that of Kobe Bryant.

From the turnaround fade-a-way jumper to the mannerisms used during his interviews, many sports fans and enthusiasts of the game alike can agree that Kobe is the closest active player and up until now has rightfully earned the title of heir. No, we’re not saying Kobe Brant is better than Michael Jordan or anywhere close to accomplishing everything that MJ did, but for the most part, Kobe has lived up to the challenge. How? Well aside from showing the facts, Michael Jordan himself attests to the claim.

Famed writer, Roland Lazenby, is currently working on a book that pays tribute to Michael Jordan and has spoken to the man. Roland took to twitter to share his thoughts:

“Kobe’s ultimate competition is MJ. That’s why MJ watches him. MJ made people think what he was doing wasn’t human. Ditto the Kobester. I never said Kobe was better than MJ. MJ just told me Kobe’s the only one to have done the work, to deserve comparison.”

Hopefully, we’ll all be able to read more on MJ’s thoughts when the book releases in the near future, but until then, the words have been spoken. Do you agree? 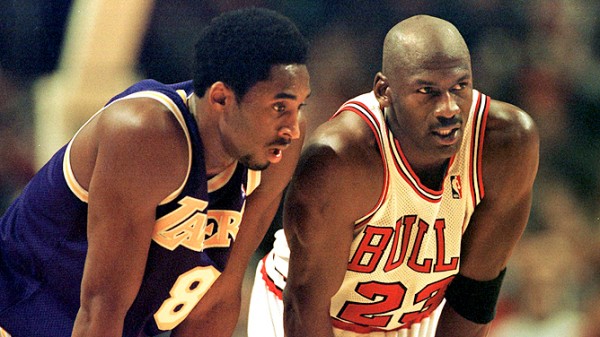