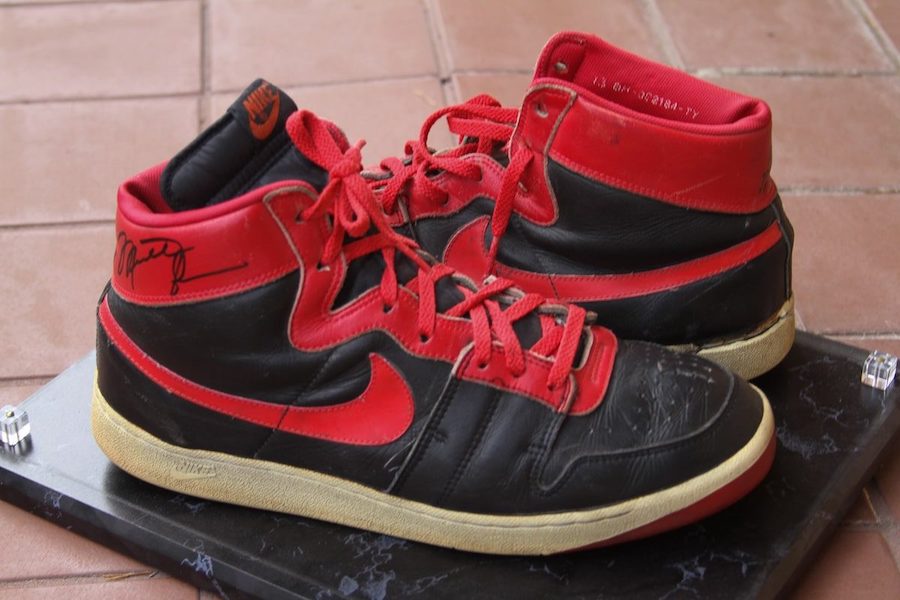 As most of us know, the Nike Air Ship was the real Banned Air Jordan which Michael Jordan wore during the Chicago Bulls rookie training camp in 1984. A letter went out referencing the shoes, however it came out several years ago that it wasn’t the Air Jordan 1, but the Air Ship. in 1985 we would see the Air Jordan 1 in Black and Red nicknamed ‘Banned’ release.

As for the original Nike Air Ship ‘Banned’, it features Black leather across the base while Red lands on the overlays which includes the Swoosh logos, eyelets and heel while the same shade lands on the Nike tongue branding and on the rubber outsole. The owner of this pair also obtained Michael Jordan’s signature which was placed on the collar.

Below you can check out additional photos which will give you a closer look. Owned by GoodwinSports, this is said to be one of two pairs that Nike gave Jordan back in the day. Do you think its time for Nike to release them? 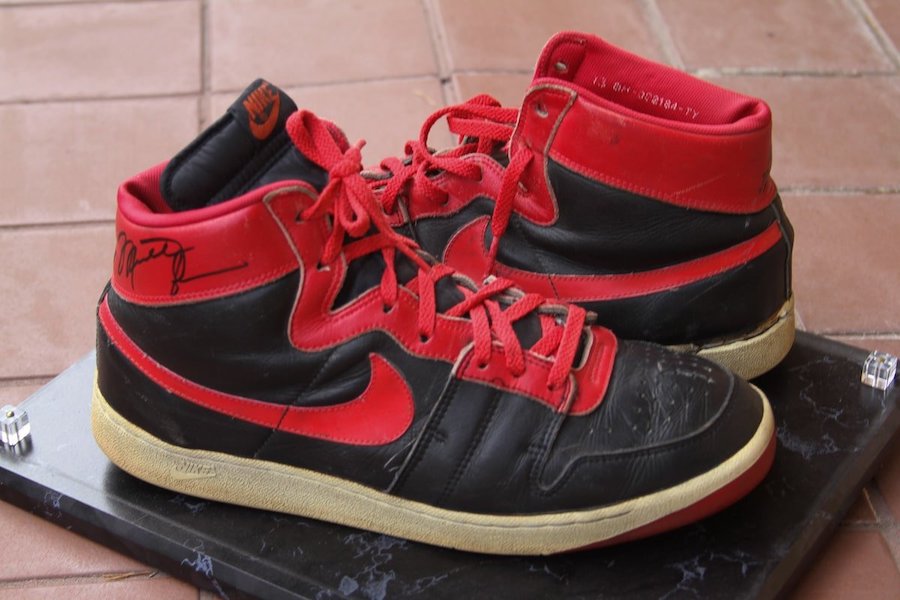 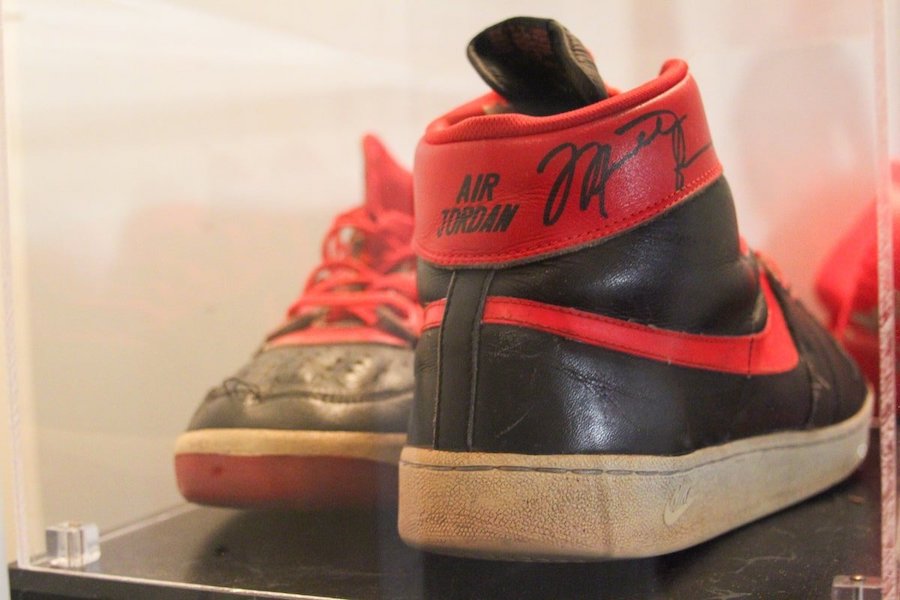 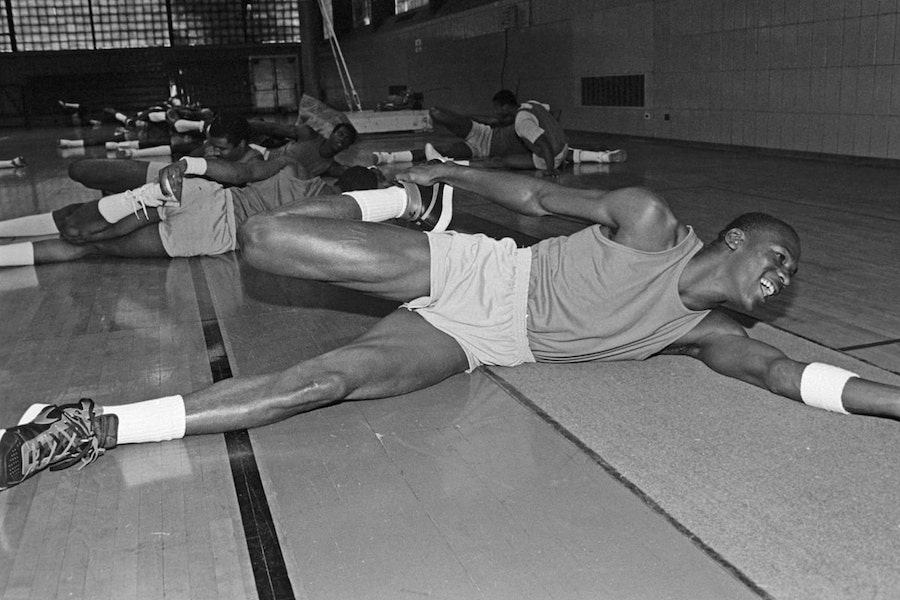 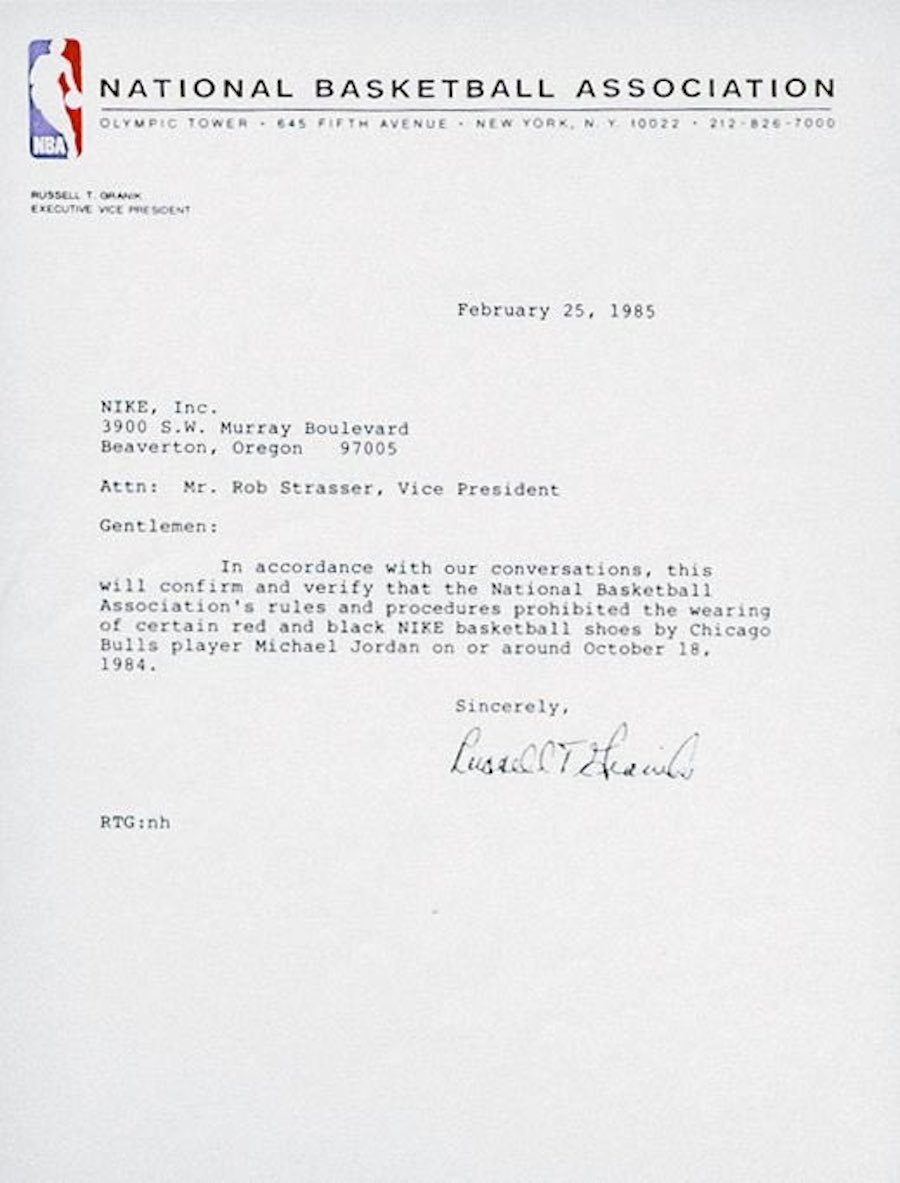