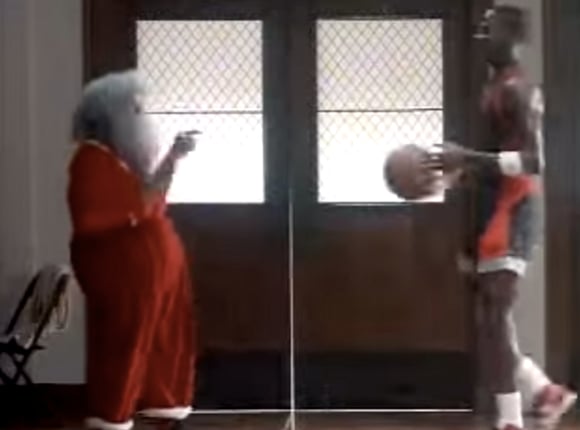 In 1985 the sneaker game would be forever changed by Michael Jordan. That year the Air Jordan 1 released and the black and red colorway was banned by the NBA. Nike would pay the fines every time Jordan wore the shoes, building up the hype.

Around the holiday season in 85 Nike would release this commercial featuring Michael Jordan playing one on one with none other then Santa Claus. Soaring through the air, Mike posterizes Mr. Claus. A fun yet straight to the point commercial.

Depending where you live, Christmas might be over but we couldn’t resist to share with you the Air Jordan 1 Christmas commercial. Check out the video below.