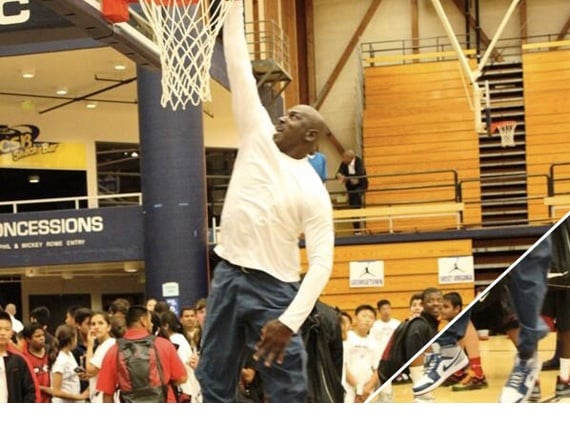 Half a century old, Michael Jordan is still flying high. While his Air Jordans continue to fly off of retail shelves much like they have done for quite some time, it was MJ’s athleticism that showed that the proverbial G.O.A.T still has some bounce in his game. Having already shown that he could still dunk at the ripe age of 47, MJ has yet again proven the naysayers wrong. During yet another showing at his MJ Flight School 2013, MJ took flight rocking the Air Jordan 1 Mid “True Blue” to complete a one-handed dunk. Don’t believe, check the pic after the jump to see it for yourself. Be sure to drop us a line in the comments section below. 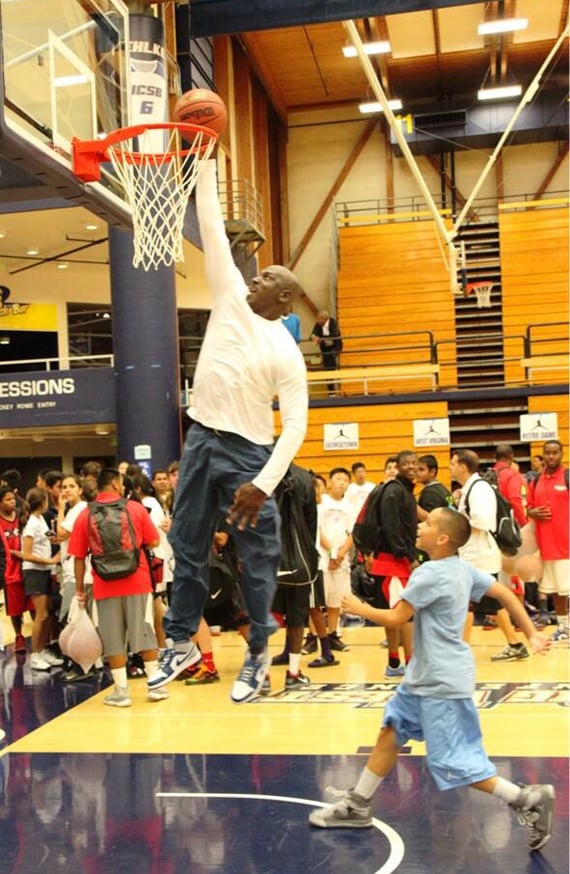 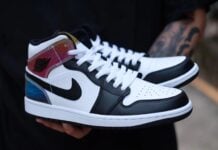 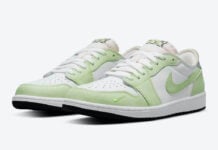 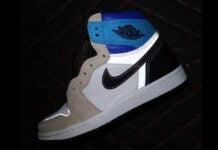