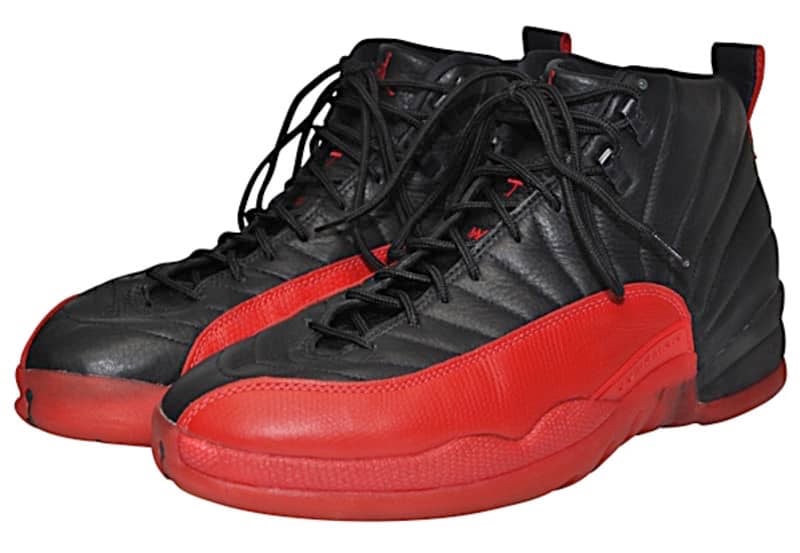 Just before the infamous ‘Flu Game’ took place, Michael Jordan wore what’s now being called the Air Jordan 12 Flu Game against he Miami Heat in the 1997 Eastern Conference Finals. Taking place on May 24th, Jordan scored 34 points and grabbed 8 rebounds to help give the Bulls a 3-0 series lead.

After the series, Michael Jordan and the Chicago Bulls ultimately went on to win the NBA Championship defeating the Utah Jazz in the middle of their second three-peat in the 90s and Jordan was named the Finals MVP for a second consecutive year.

Accompanied by a LOP from Christine Koenig who was a segment producer at WFLD-TV Chicago in 1997. Her segment featured the Bulls equipment manager John Ligmanowski on June 5th, 1997 and John gifted her this pair of sneakers following the interview directly from the laundry room at the Berto Center. She was informed by him that these were worn by Jordan in Game 3 of the Eastern Conference Finals and that he received new sneakers every game.

This pair of Air Jordan 12s is being auctioned off by Grey Flannel Auctions in a size 13. Opening bid is set at $2,500 while the auction will end on December 20th.

Michael Jordan would wear the same Air Jordan 12s during Game 6 of the NBA Finals while having a flu. After having an outstanding performance, Scottie Pippen would help Jordan off the court and this is where the ‘Flu Game’ name was born. 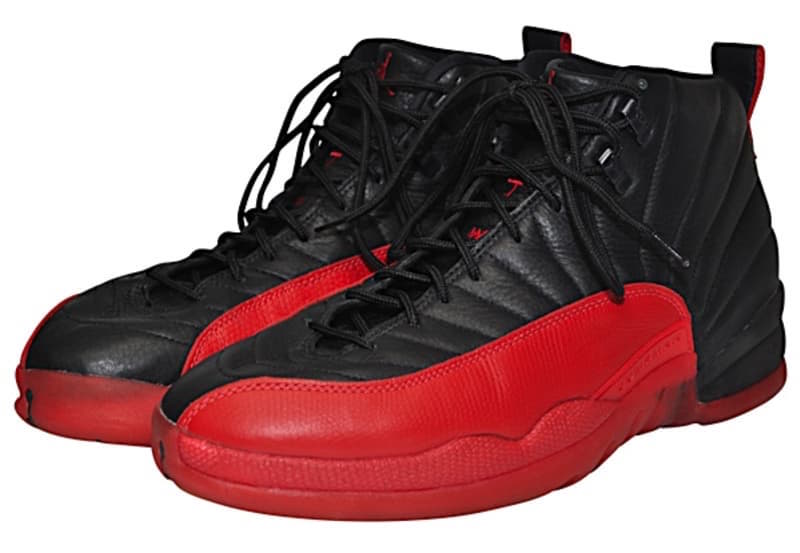 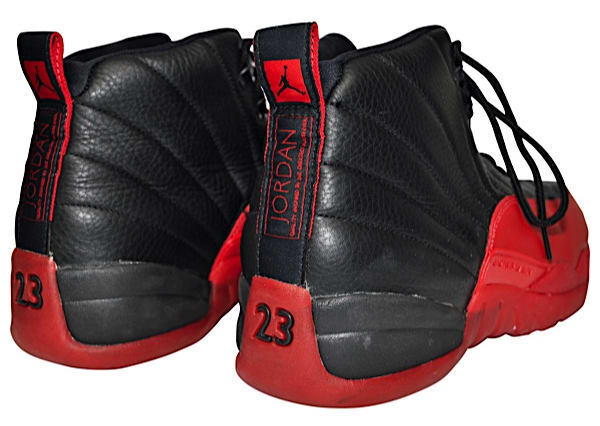 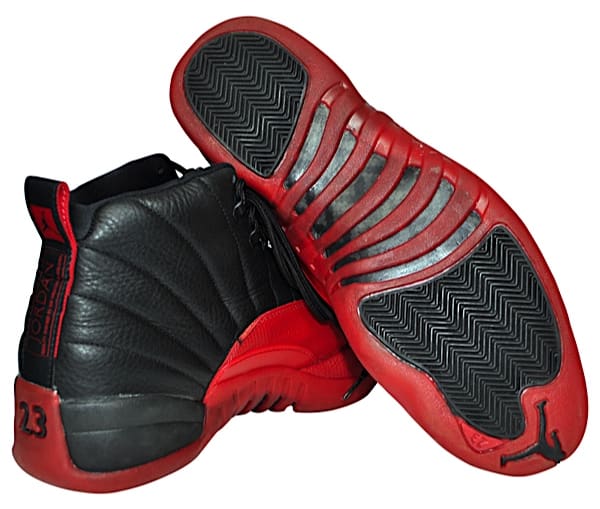 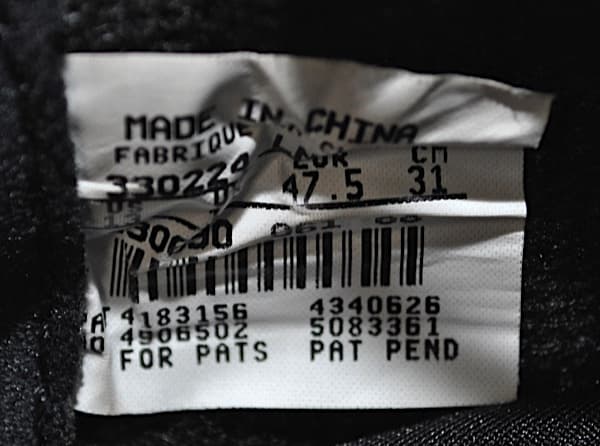 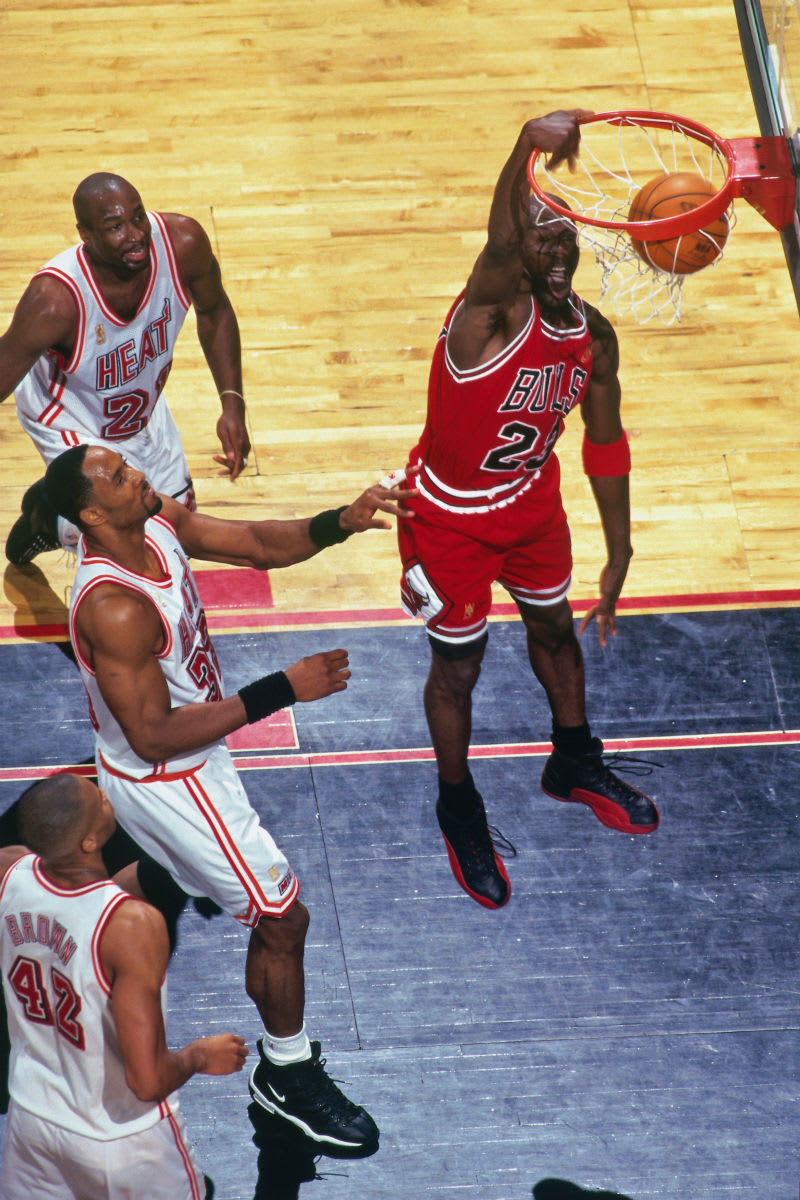