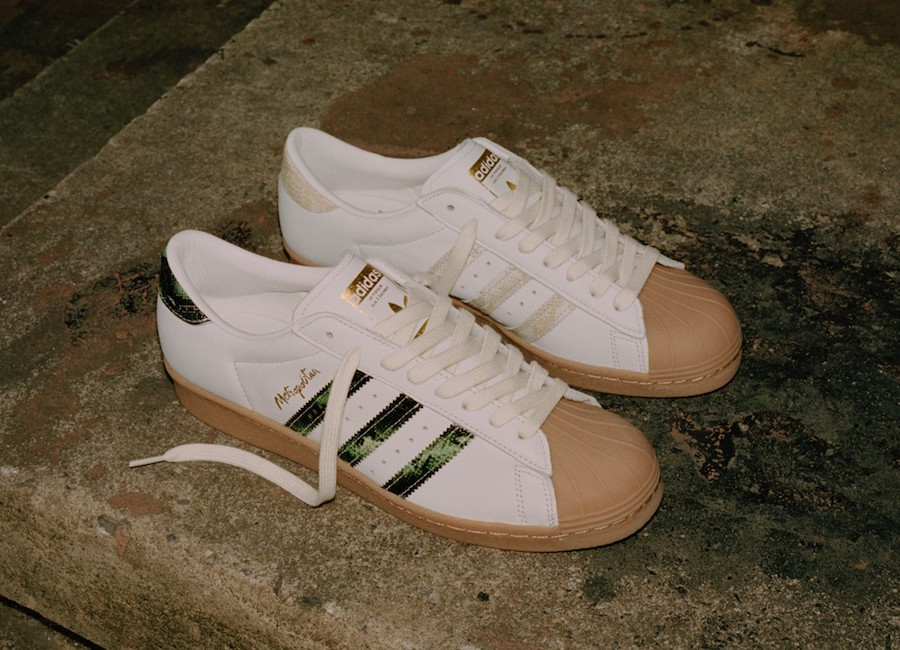 adidas Skateboarding taps New York City skate brand Metropolitan to reimagine the Superstar 80s. Originating in the 1990s, the Metropolitan brand was reignited by Keith Hufnagel and Hanni El Khatib’s vision in 2017, leading to this year’s partnership with the three stripes that delivers a timeless, truly East Coast style.

Standing the test of time, the Superstar has uniformed skate crews for decades. On its 50th anniversary year, the style receives its latest update, drawing design inspiration from 90s skateboarding, coupled with green Italian snakeskin detailing and a distinctive gum shell toe and outsole. Gold emblems subtly brand the premium leather upper, rebooting the classic style while still paying homage to the true essence of the Metropolitan brand.

You can expect the Metropolitan x adidas Superstar 80 will release at select retailers including adidas.com on December 7th. Retail price is set at $100. 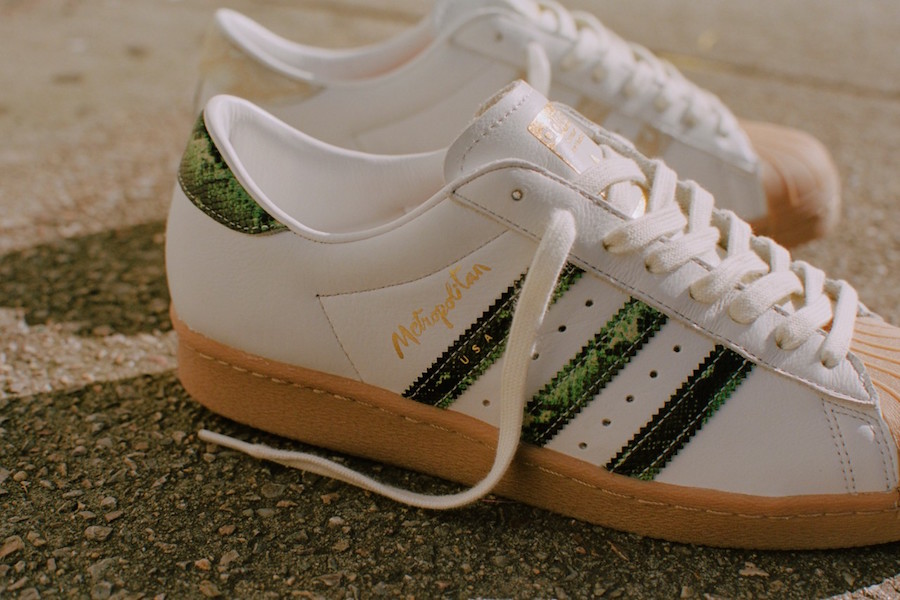 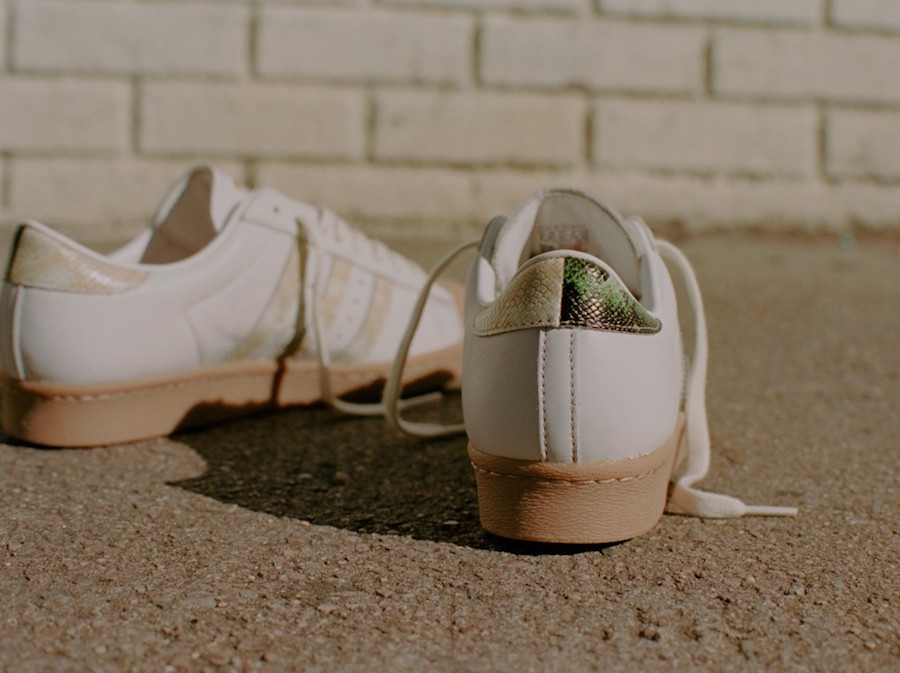