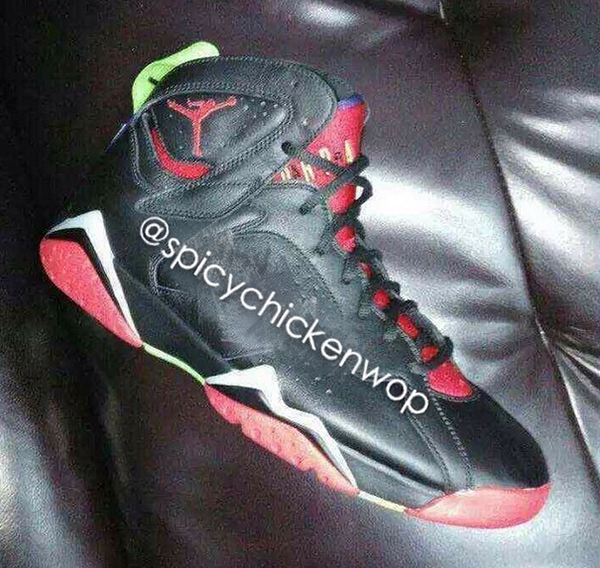 The last day has been fueled with Air Jordan 7 news and why stop now? You remember the Air Jordan 7 ‘Marvin the Martian’ that released months back. It turns out those were actually the Barcelona Nights. Jordan Brand will be releasing a Marvin the Martian pair which we now have our first look at.

We have to admit, this pair actually looks exactly like something Marvin the Martian would wear and the color scheme matches his attire. Using a black leather base upper, red is used through the outsole and tongue. Purple hints come in on the tongue liner while green hits the heel tab and sole.

For now we only have the single image of the real Marvin the Martian Air Jordan 7 but stay tuned for more pictures and additional info.