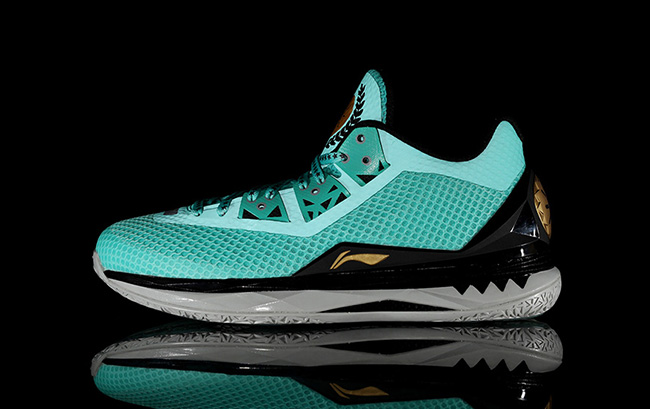 After a few previews of upcoming color schemes on the Li-Ning Way of Wade 4, the first pair will roll out to retailers next week which is known as the ‘Liberty’.

The first release for his fourth signature shoe with Li-Ning is the Li-Ning Way of Wade 4 ‘Liberty’. Aqua and mint take over the uppers including the mesh overlay. Furthermore black rides the mudguard, liner and hinted on the laces in the form of stars. Gold hits the branding which is on the side, heel and tongue tab. Other details include an off-white midsole and a translucent tint through the sole.

The ‘Liberty’ Li-Ning Way of Wade 4 will debut on Friday, October 23rd 2015 at select retailers and WayofWade.com. Online they will go on sale at 12:00 PM EST. Check out a few different angles of the mint colored Way of Wade 4 by scrolling below. 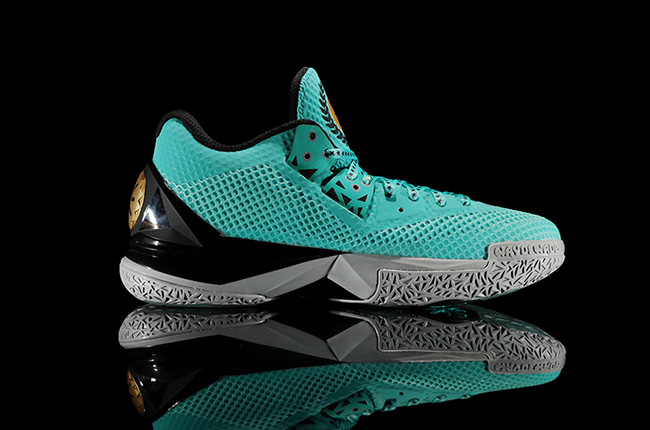 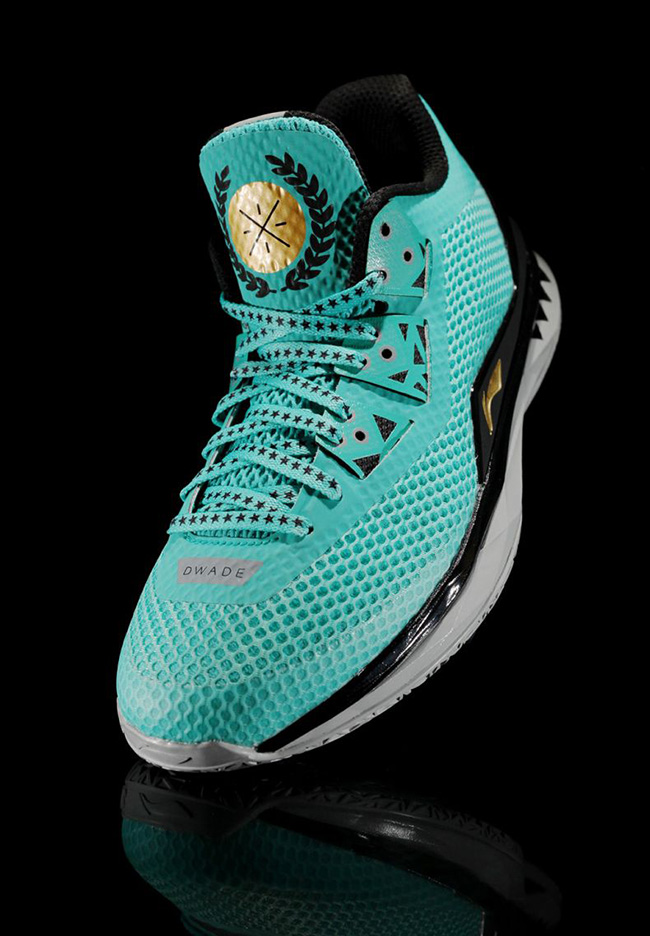 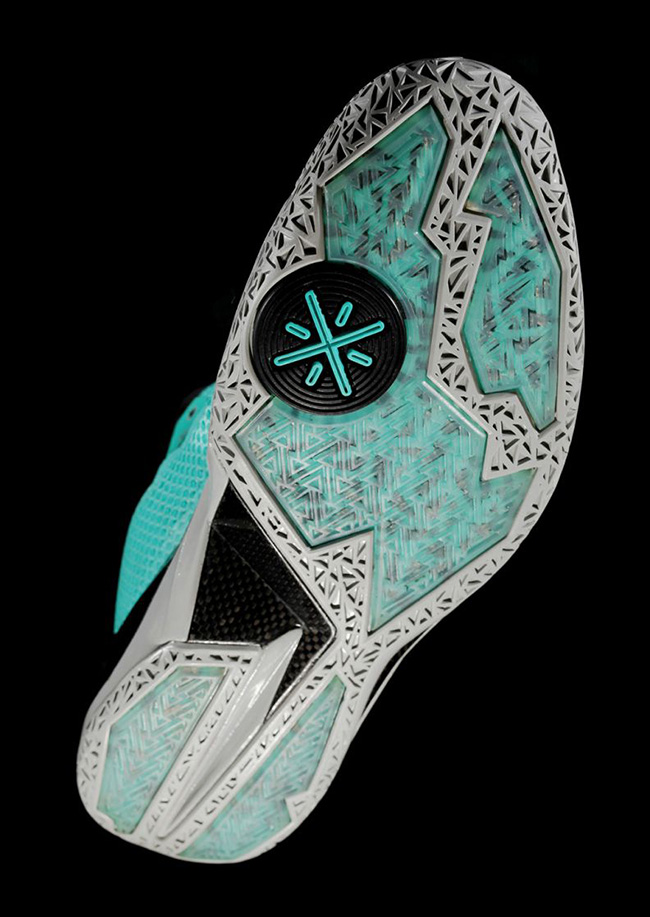