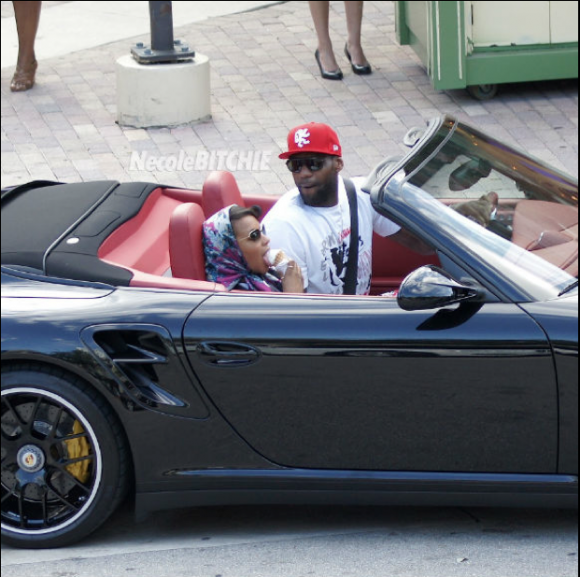 Coming off his game winning layup in OT to lead his Heat to victory over the Indiana Pacers in Game 1 of the Eastern Conference Final, LeBron James instantly was the man of the hour yet again. But even a King likes to enjoy some downtime and just relax.

What does a King do the day after he hits a game winner? If you said cruise the streets of Miami with his fiance, then you guessed correct. LeBron was spotted out and about in Miami with his fiancee Savannah Brinson by his side as he rocked a pair of the previously released Air Jordan XI Low in the white/red colorway.

Continue reading to see more shots of LeBron and Savannah on their day out in Miami and let us know in the comments below if the King is well on his way to getting his second ring. 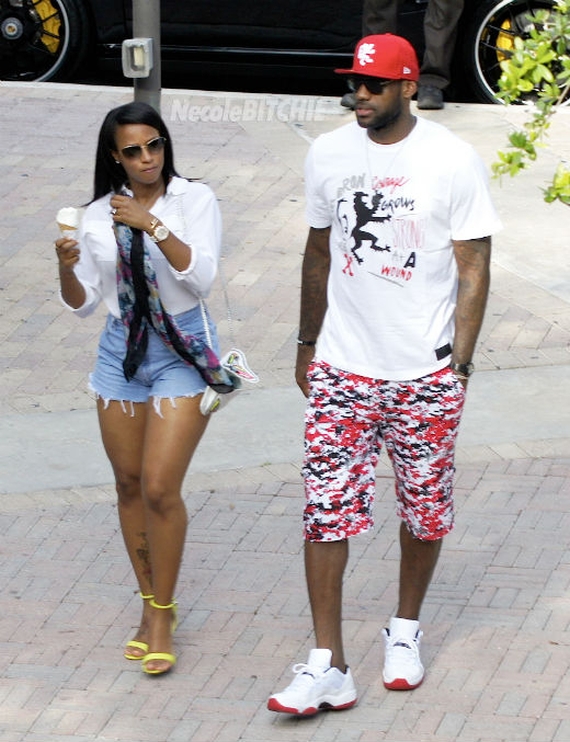 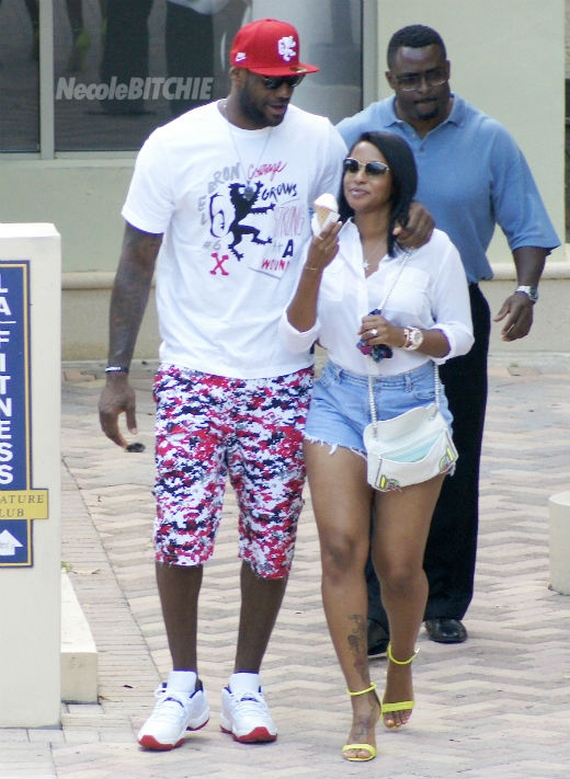