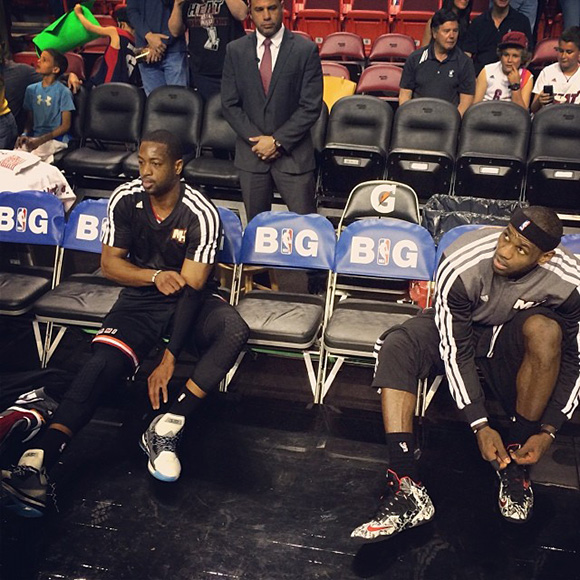 While the Miami Heat took a 113-100 home victory against their recent Championship nemesis, the San Antonio Spurs, their top superstars pulled some impressive, unworn sneakers out of their bags. Prior to the game, the Instagram of the NBA snapped this photo of teammates Dwayne Wade and LeBron James chilling on the bench with LeBron wearing the recently released LeBron XI (11) “Graffiti” and Wade going with the new two-tone version of the Li-Ning Way Of Wade 2 “Team No Sleep.” Both were very dope kicks and apparently were enough to help them beat the Spurs.

Which pair of kicks would you prefer to rock? Let us know in the comments section below and stay tuned to Sneakerfiles for release dates and much more!