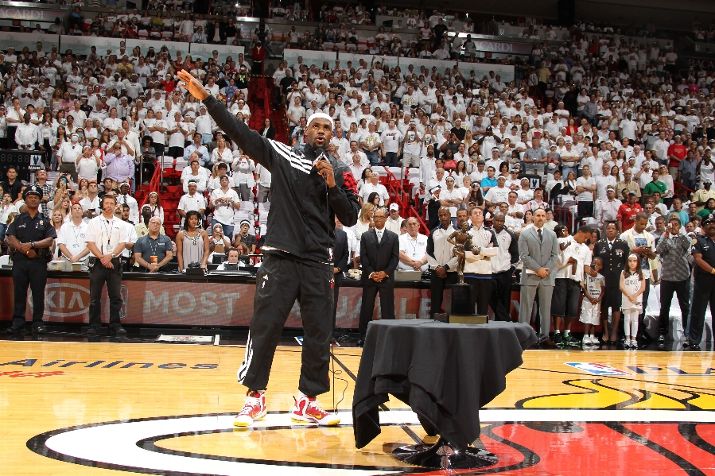 Before yesterday’s game 1 matchup between the Miami Heat and the Indiana Pacers in the Eastern Conference Semifinals, LeBron James was honored with his third MVP award in the last four years, joining the likes of Kareem Abdul-Jabbar, Michael Jordan, Bill Russell, Wilt Chamberlain, Larry Bird, Magic Johnson and Moses Malone as the only other players with at least that many awards. To mark the occasion, James broke out the Nike LeBron 9 “MVP” for the first half (ultimately switching to a P.S. Elite PE for the second half), racking up 32 points, 15 rebounds, 5 assists, 2 steals and 1 block in the 95-86 win. 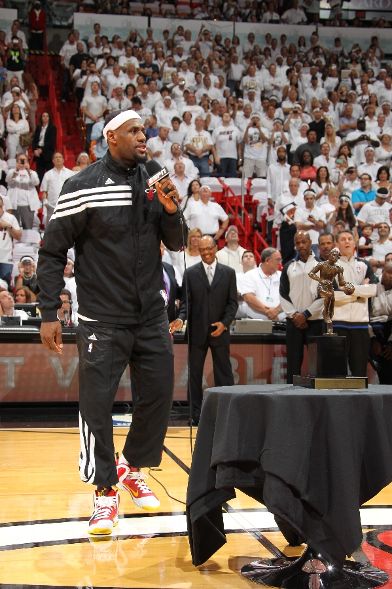 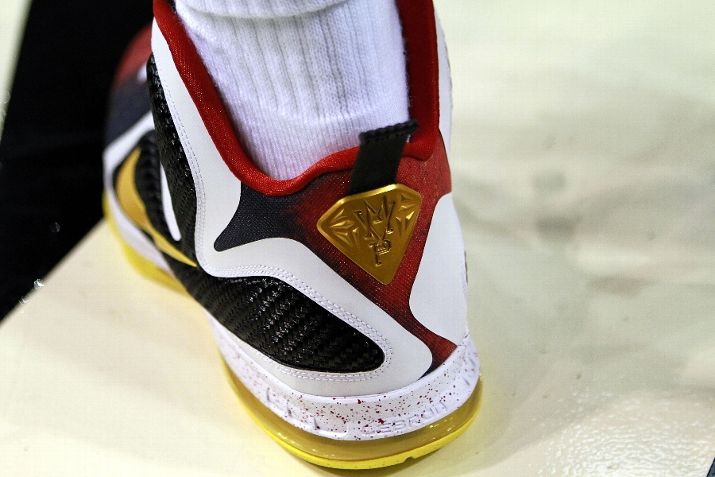 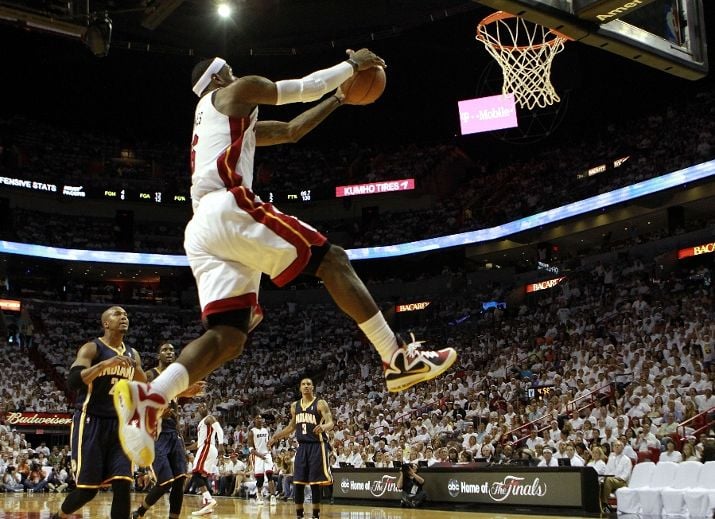 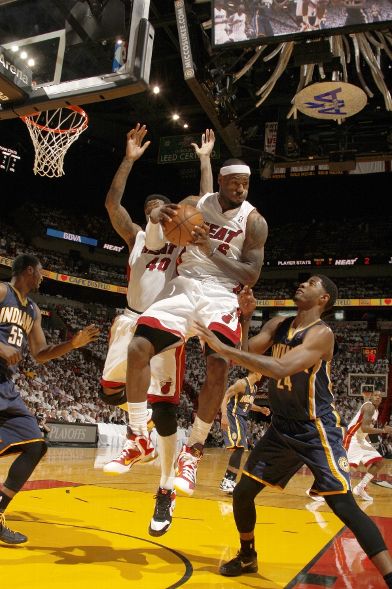 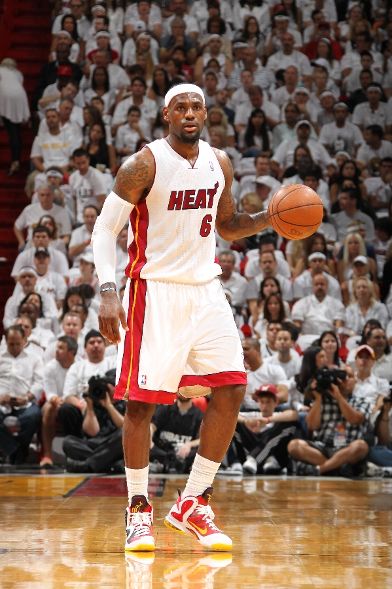 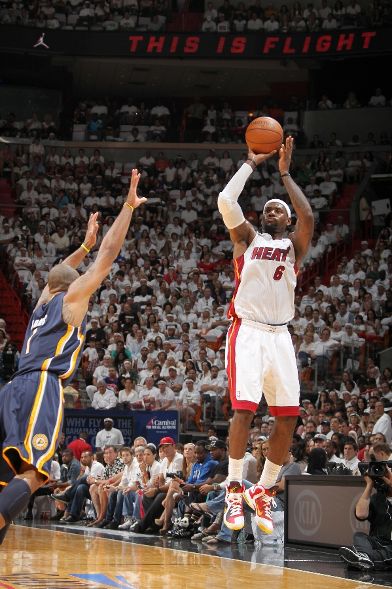 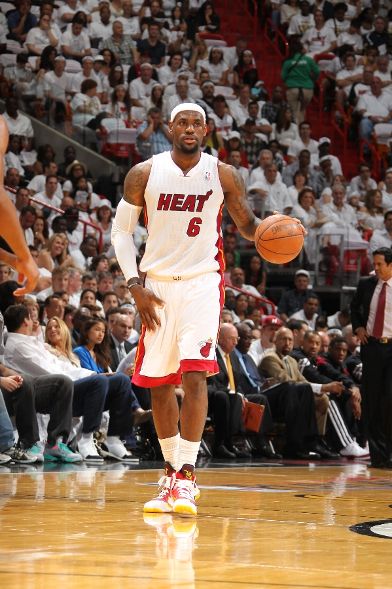 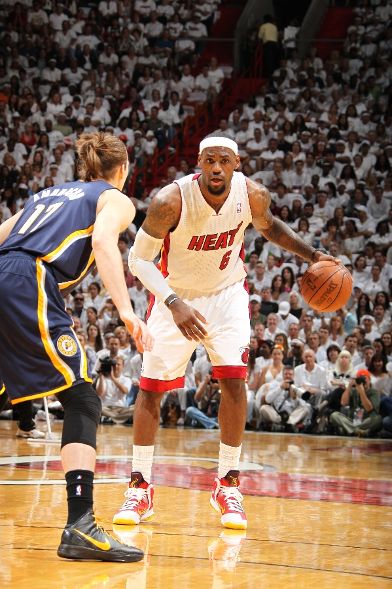