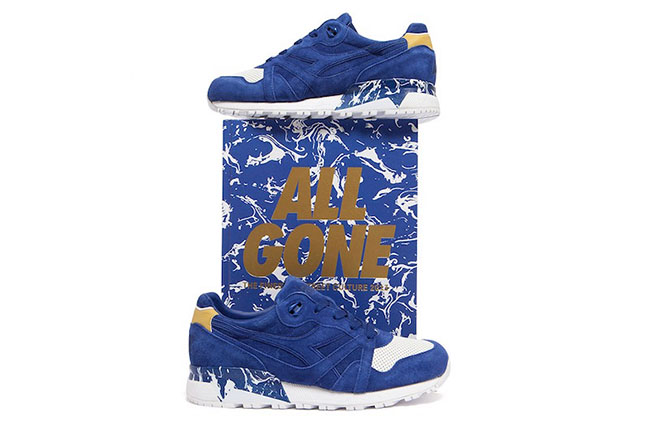 La MJC follows up with Diadora to continue to celebration of the All Gone 10th Anniversary. This time around they pay tribute to the 2013 book release with the La MJC x Diadora N9000 ‘All Gone 2013’ collaboration.

Like each collaboration, this Diadora N9000 comes in the color of the book cover, which means they feature predominate Blue. Going a bit deeper, they feature Deep Blue suede through the uppers while White perforated leather lands on the toe. Following are 3M reflective accents, ‘All Gone’ and ‘La MJC’ embossing. Finishing the look is the splattered graphic on part of the midsole that was done by Ill-Studio for La MJC back in 2013.

Below you can see more photos of the La MJC x Diadora N900 All Gone 2013. Limited to 200 pairs, they are scheduled to release on November 5th at the Club75 flagship store. An online launch will take place on November 6th at 12PM PST. 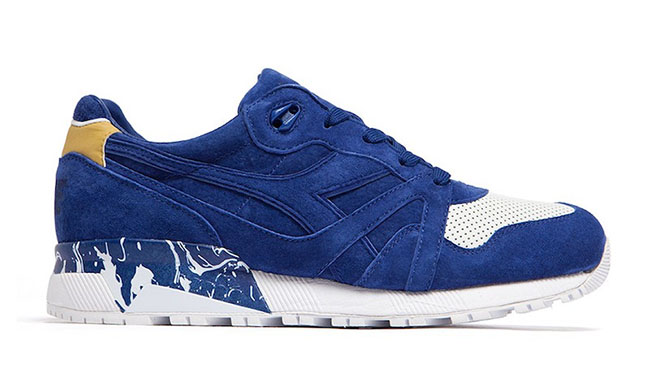 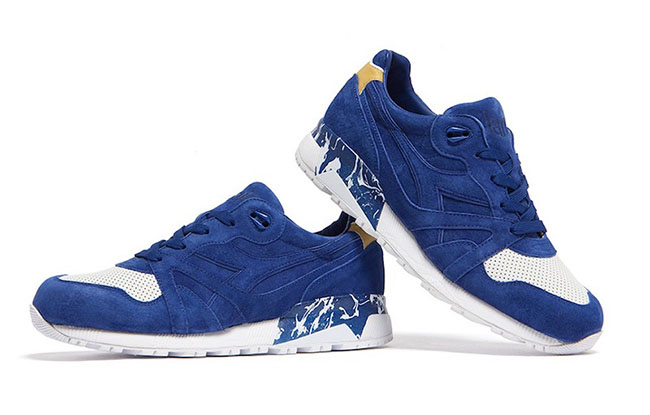