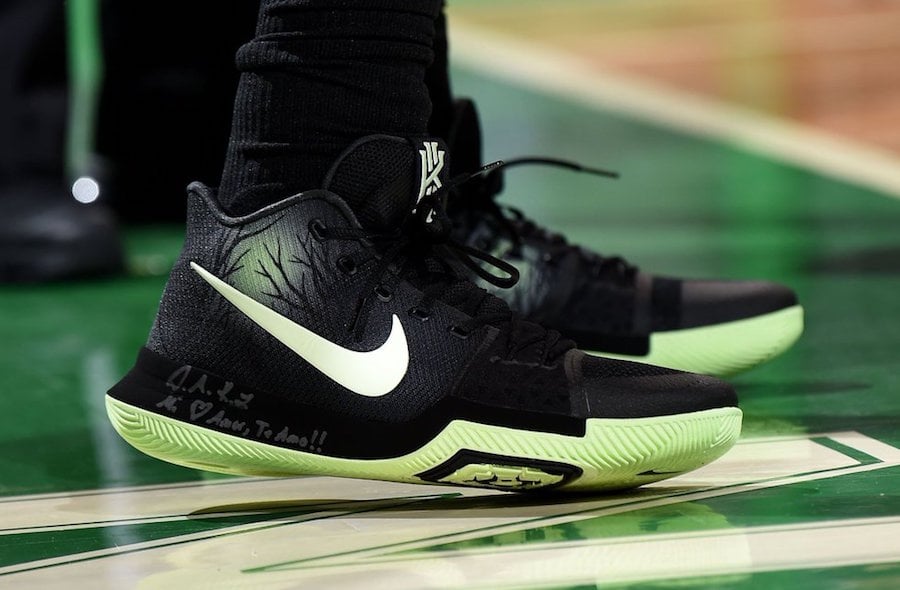 Kyrie Irving and the Boston Celtics wore their new Nike Statement NBA jerseys while taking on the Orlando Magic on Friday. In that game he also wore the Nike Kyrie 3 ‘Fear’ PE.

While wearing this Nike Kyrie 3, Irving scored 30 points, grabbed 4 rebounds and 3 assists to lead Boston to a 118-103 victory. Featuring a Black base while accents of Neon Green are seen. In addition we have forest graphic across the panels.

We received this look via Beensmoove on Instagram who went on to say the inspiration for this player exclusive:

“Fear is the motivator that drives us to pursue greatness. Without fear we aren’t aggressive, we aren’t focused. Fear is the reality that everything that we value and work for can disappear in an instant. It is up to us to accept that fear is real but it is what we do with fear that separates the good from the great.”

More than likely the Nike Kyrie 3 Fear PE will not release to the public and stay an exclusive o Kyrie Irving. Below you can check out more images and let us know if you think Nike Basketball should release them. 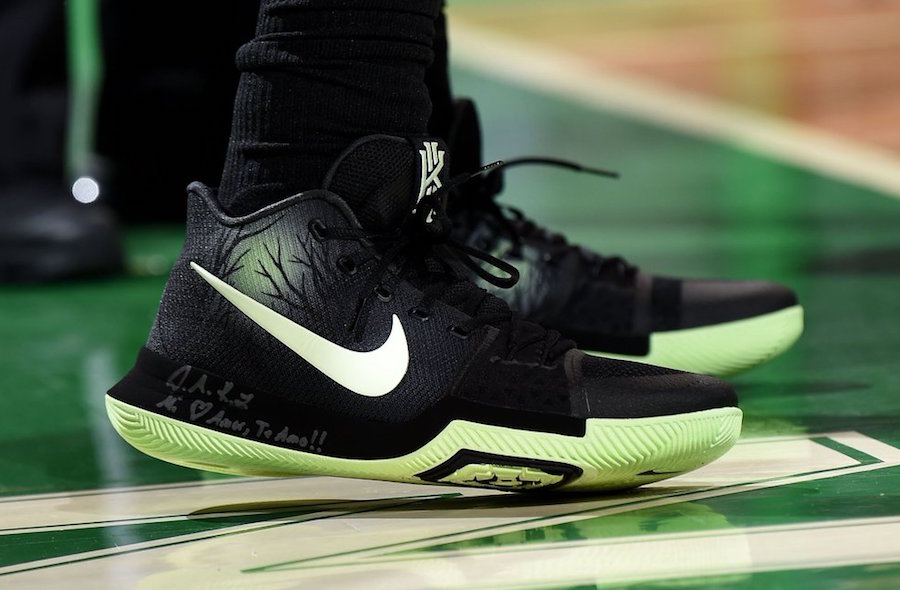 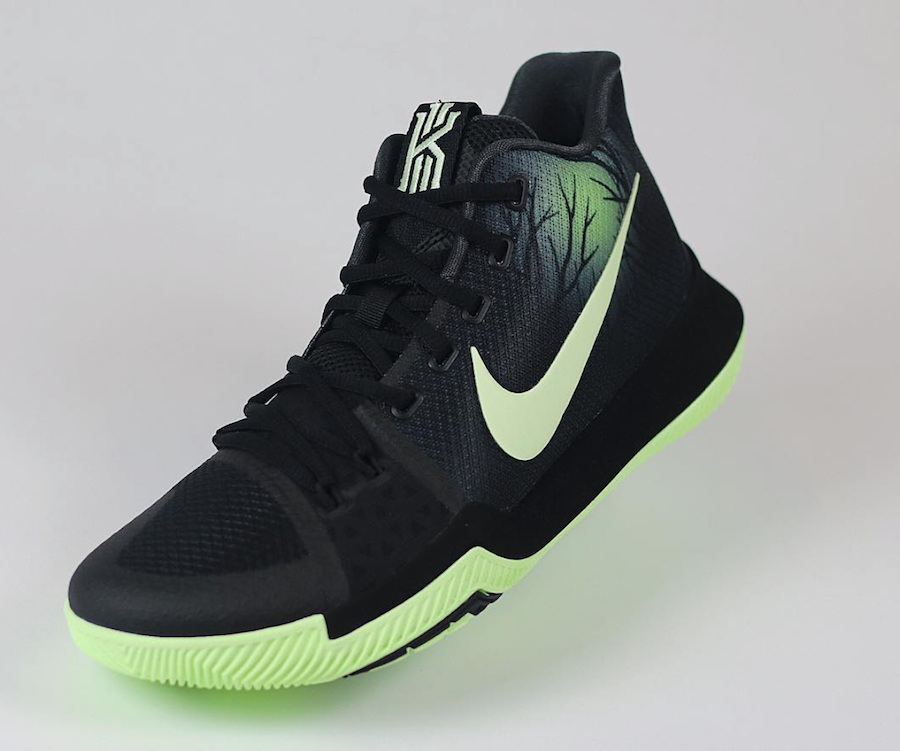 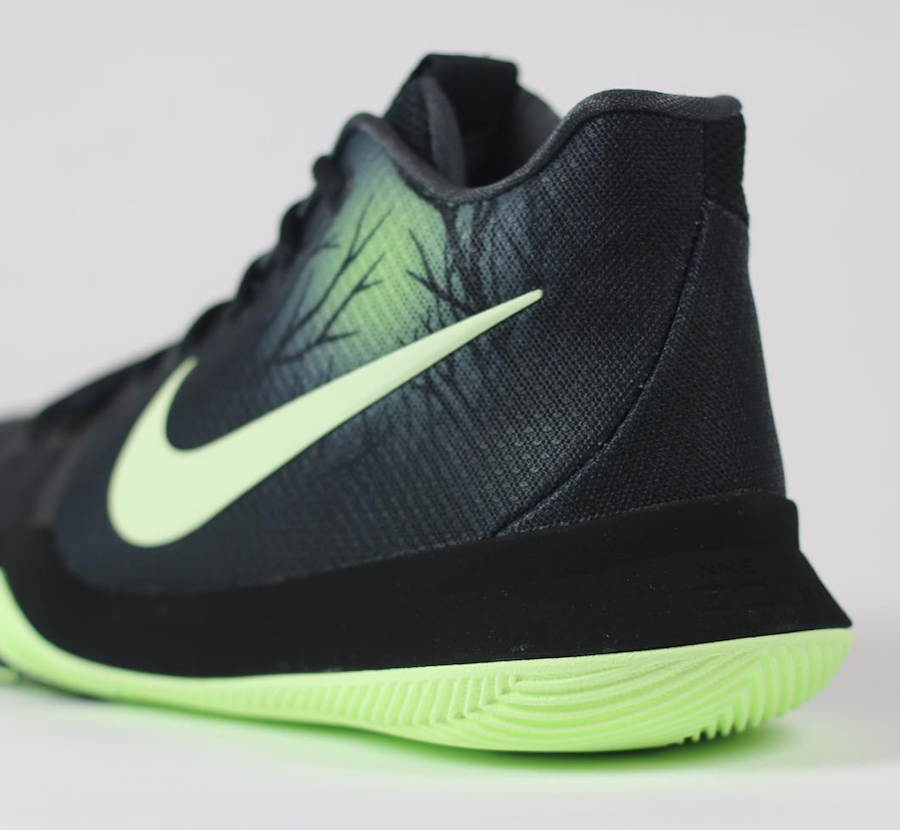 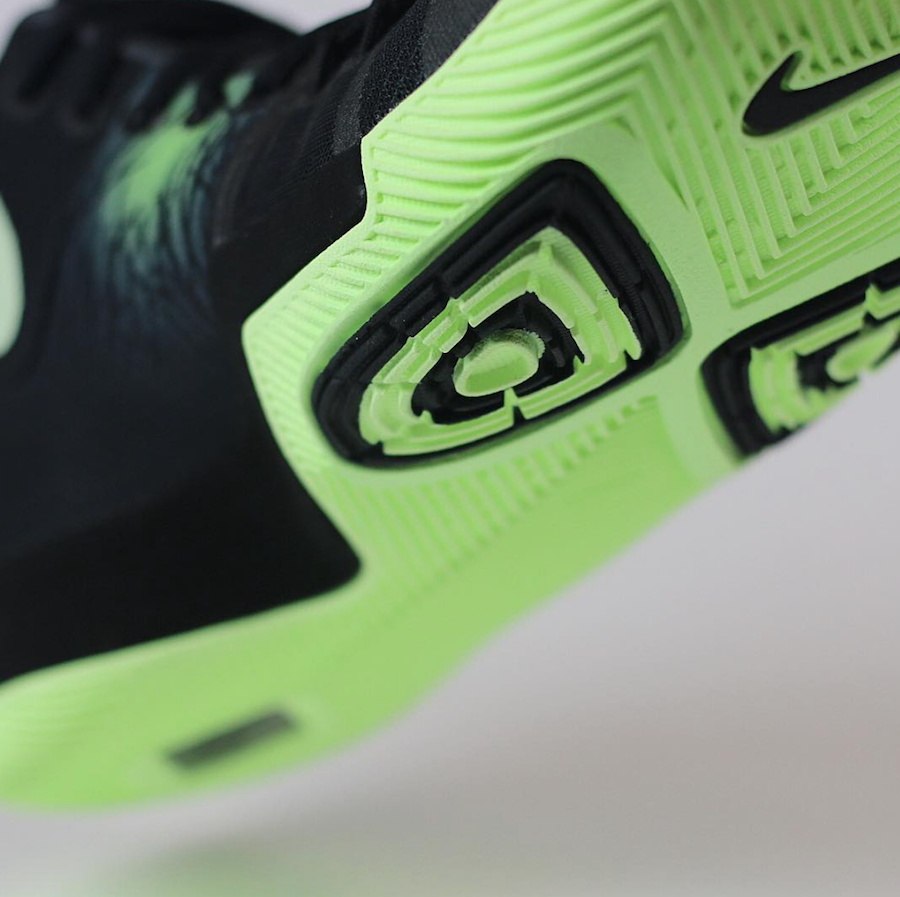