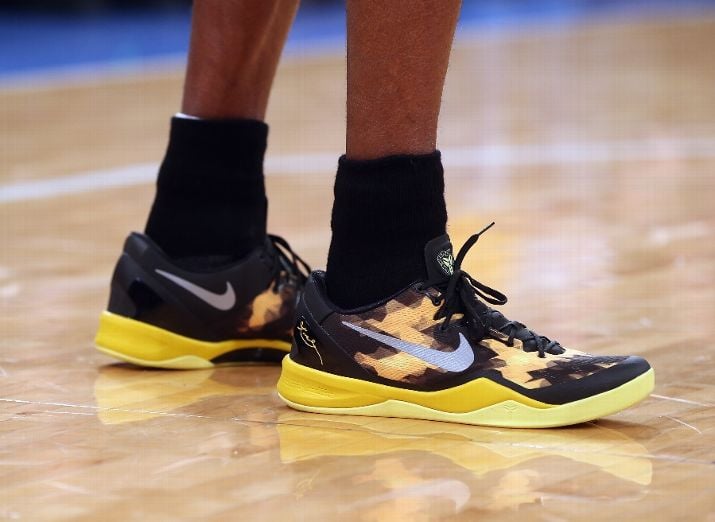 Thursday night in New York City, Kobe Bryant wore the KOBE 8 SYSTEM “Away” colorway for the first time on-court, ready to “Strike at the Speed of Light.”

The knit-in Mamba pattern, combining black with vivid sulfur, offers a signature style and draws on inspiration from the Chinese Year of the Snake, 2013.  Engineered mesh in the upper, used for the first time in a basketball shoe, provides a dynamic, ultra-lightweight fit that moves with the foot and offers 360 degrees of breathability. Complementing that are the full-length Lunarlon midsole, 3D anatomical heel counter, glass composite foot shank, 1mm web rubber outsole and other highly innovative features, providing additional comfort, traction and stability for enhanced performance.  All of it combines to create Kobe’s lowest and lightest performance basketball shoe to date at 9.6 ounces (U.S. men’s size 9).

“I’m always focused on improving my game, to perform at my best.  I want my shoes to mimic the speed of my game,” Kobe said. “By shaving fractions off the height and weight, it allows me to play faster with more control so I can maneuver across the court – I want to feel like I’m moving at the speed of light.” 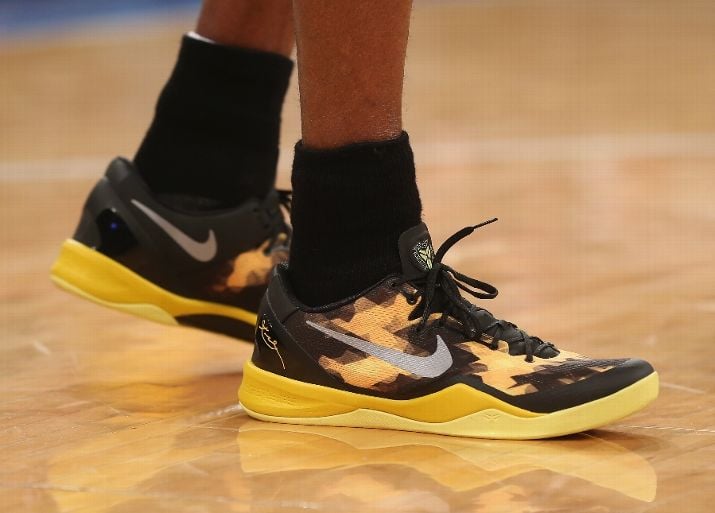 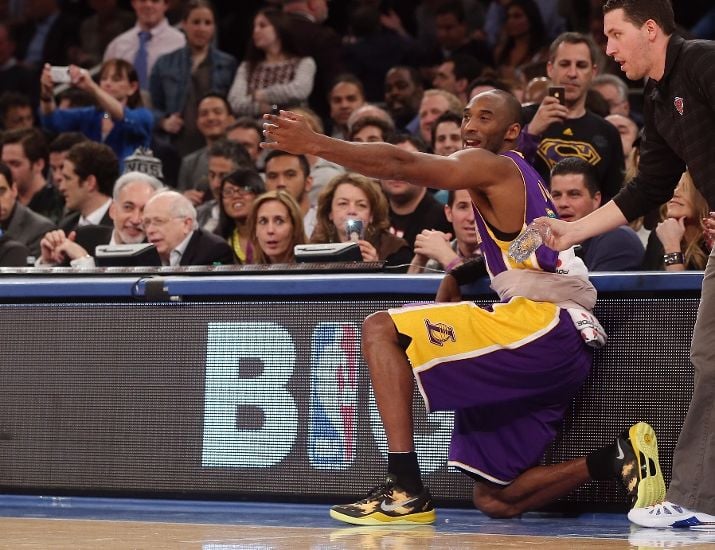 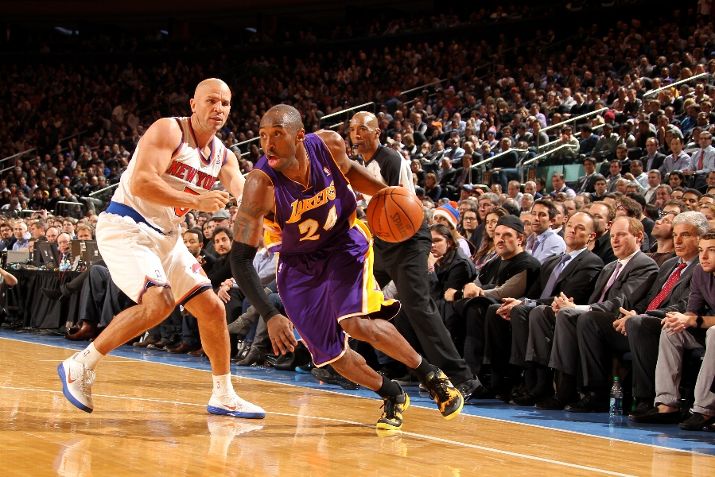 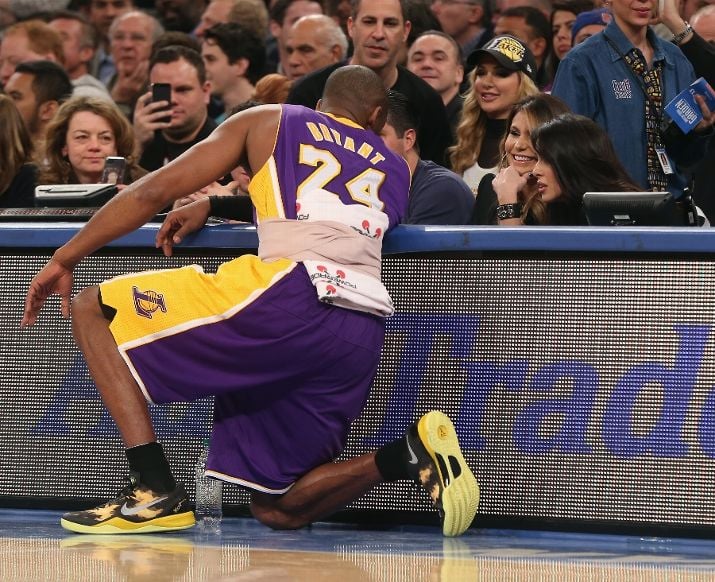 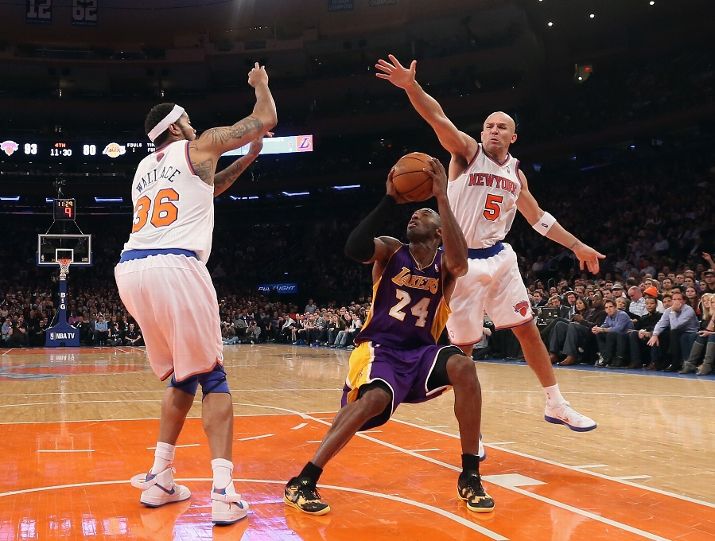 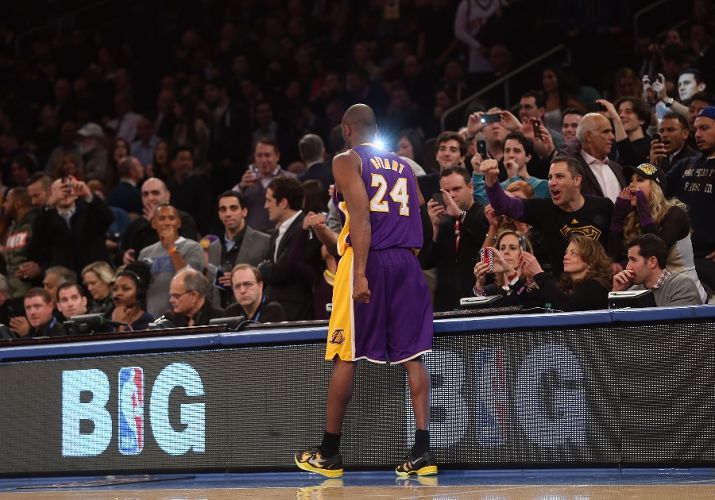 Via Nike and ESPN