HomeNikeVideo of Nick Young Talking About Kobe Throwing his adidas Shoes in... 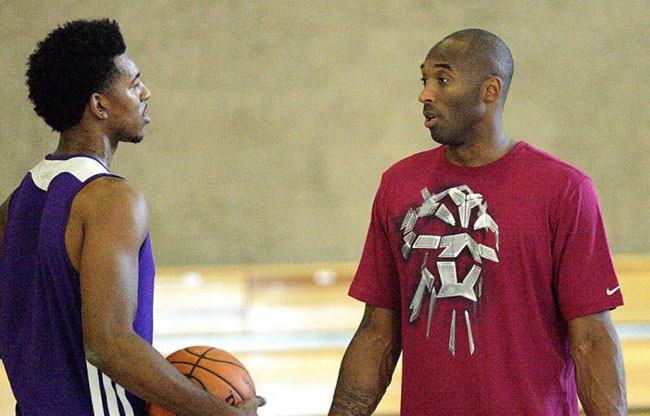 While everyones eyes were on the LA Lakers vs. Utah Jazz game last night watching Kobe Bryant make history one last time, a lot of things happened behind the scenes that we don’t know about. Today a very funny story came to light which involved the Black Mamba and Nick Young.

After the game, Nick Young approached Kobe Bryant and asked him to signed his shoes. Now for those that don’t know, Young is signed to adidas and we all know that Bryant is down with Nike. Reports have said that Bryant look baffled at the question, grabbed his shoes then threw them in the trash. We wouldn’t expect anything else from the Mamba.

Nick Young said Kobe threw his Adidas in the trash & wouldn't sign them. Told Young to go get some Nike's for him to sign.

We really do wish there was a video of this happening, but we will settle with just hearing the news through the grapevine. If you ever see Kobe Bryant in the future and ask him to sign your shoes, make sure they are Nike’s.

Update: A video has now emerged of Nick Young talking about how Kobe Bryant threw his adidas sneakers in the trash. Fast forward to the 4 minute mark to hear about it.