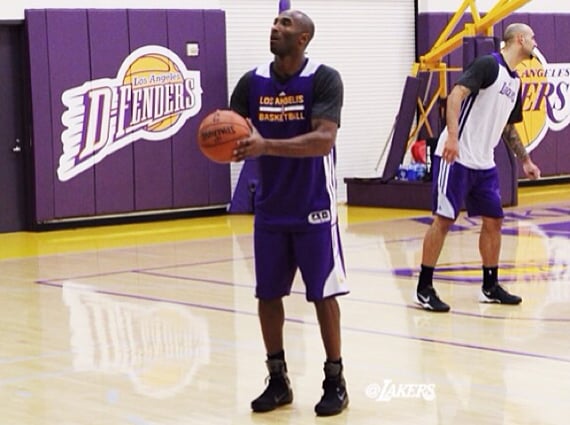 In picking up where we left off with Kobe Bryant practicing with his team, it looks like we have yet another Black Mamba practice sighting to share with Laker nation. While the rumors are swirling around Kobe possibly making his season debut a lot sooner than later, Bryant has been rather coy when it comes to the subject. As all of you sneakerheads will see, Kobe hit the practice court rocking a blacked out version of the Kobe 9 Elite. While its safe to assume that these are just a wear test sample, Bryant deinitely looks comfortable in his new signature digs. Peep a few more looks after the jump and be sure to let us know how you feel about his forthcoming ninth shoe. 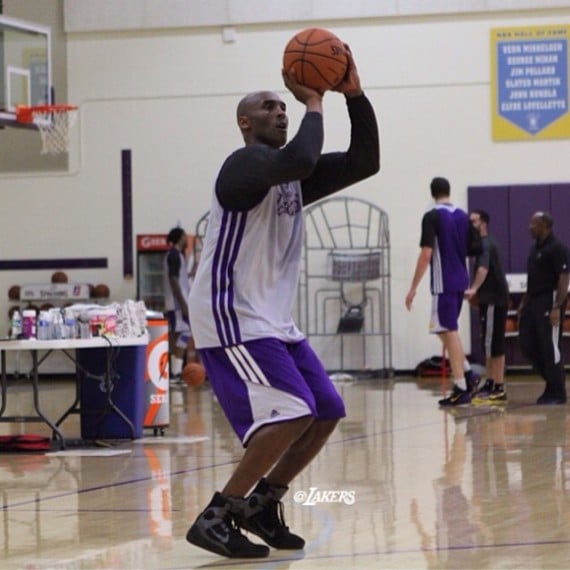 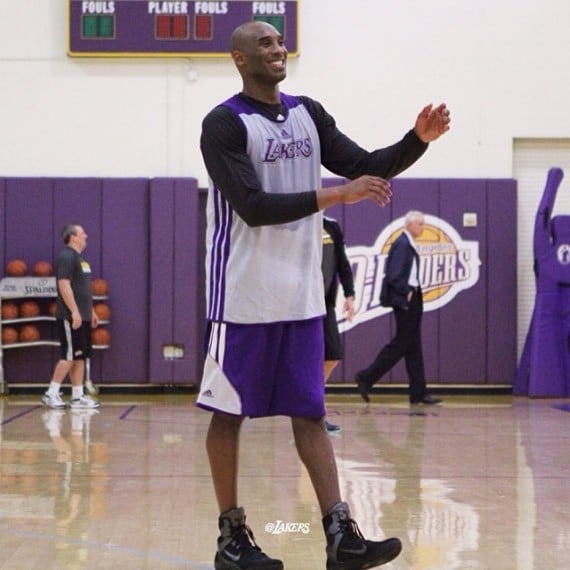 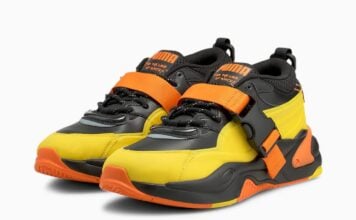