HomeNikeKobe Bryant Autographed the Nike Kobe 11 for Fan in Denver

Kobe Bryant Autographed the Nike Kobe 11 for Fan in Denver 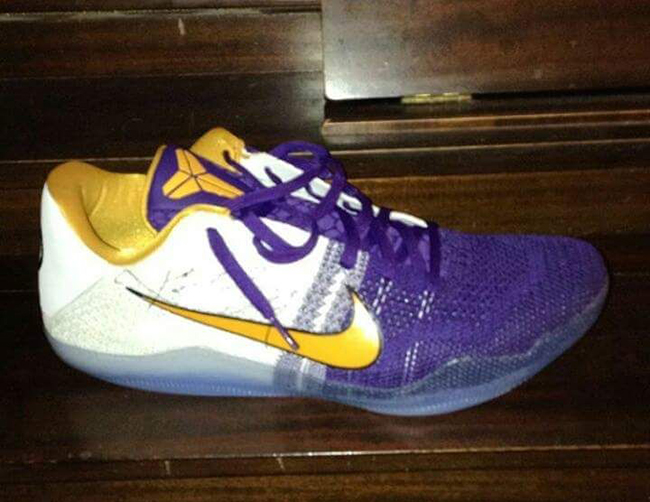 As Kobe Bryant continues his farewell tour, the All Star player and the Los Angeles Lakers headed to Denver to take on the Nuggets. This of course will be Bryant’s last time playing at the Pepsi Center. One lucky young fan in attendance received an autographed Nike Kobe 11 PE, however the fan had to do something in order to ‘win’ them.

While Kobe Bryant was sitting on the bench taking a breather, he decided to have some fun with some young fans in attendance. He decided to have a contest with the kids and the winner would take home his Autographed Nike Kobe 11 PE. In order to win, you would have to guess his dogs name. Bryant did give the kids a hint and two of the boys got the answer right.

Below are a few videos showcasing what went down in Denver the other night. If you are lucky enough to sit next or close to Kobe Bryant during an upcoming game, you could also walk away with a signed Kobe 11 PE.

Kobe signs a pair of his sneakers and gives them to a kid in the crowd. 👟 #Legendhttps://t.co/r8hTYLIs4p 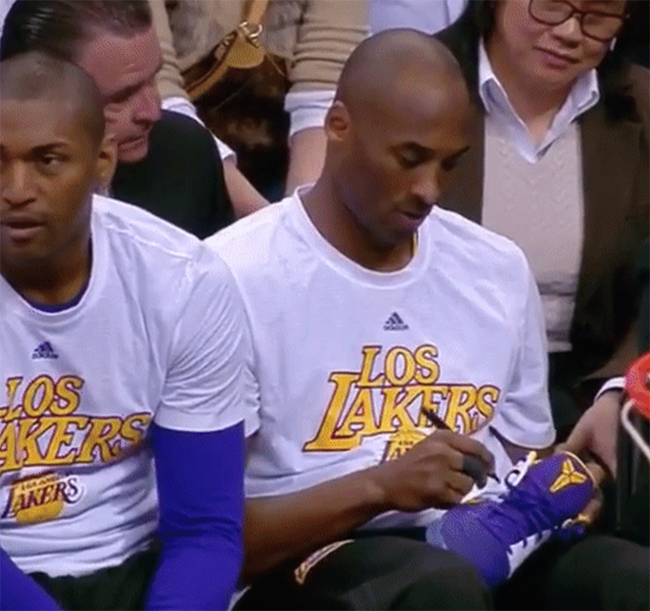