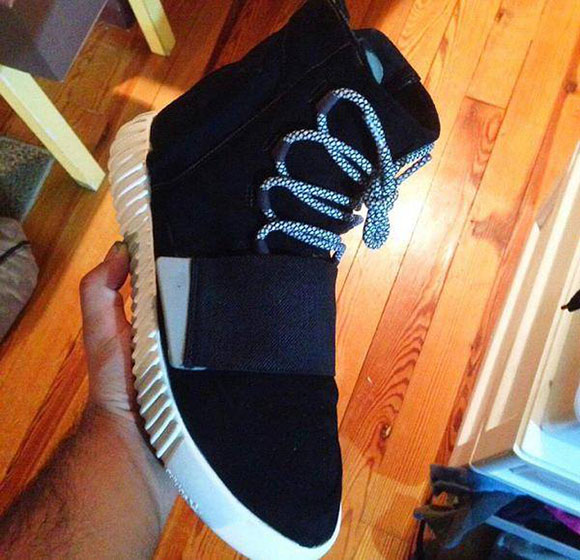 Ben Baller recently posted a custom adidas Yeezy 750 Boost to his Instagram account. The pair was made by @d_preme who colored the uppers in black. All was fine until Kim Kardashian left a comment on his photo saying the pair was fake.

She said “These don’t come in black. They are fake.” She obviously didn’t read Ben Baller’s caption that the shoes were a custom.

It appears that Ben knows Kim and her family on a personal level, he followed up by editing the picture with the following:

Is it really that serious? These were custom made from original Adidas Yeezy Boosts. I got my first job with Nike back in 2002 with Methamphibian customizing AF1’s. I have Python AJ1’s which aren’t fake. It’s not that deep people. There’s bigger shit to worry about.

And KIM DIDNT EVEN READ THE CAPTION. SHE TOLD ME SHE WAS ASKED TO COMMENT. SHE SAID YOU CAN DELETE MY COMMENT IF YOU WANT. BY THAT TIME IT WAS TOO LATE TO SCROLL FOR IT AND ITS NOT THAT DEEP. If you know anything about me, then you know I’ve known Kim for well over 10 years. No shade on her ever. We have had issues in the past for me cracking jokes but I’m still close with her family. Everyone please get a life and relax.

Well we do hope that adidas does release a black base Yeezy 750 Boost, but for now we can appreciate the custom. 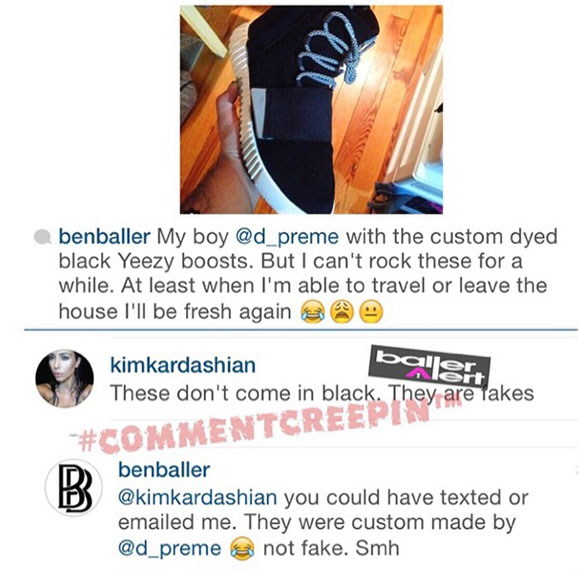