HomeOther SneakersKids that Got Kanye West to Sign Louis Vuitton Hudsons Are Selling... 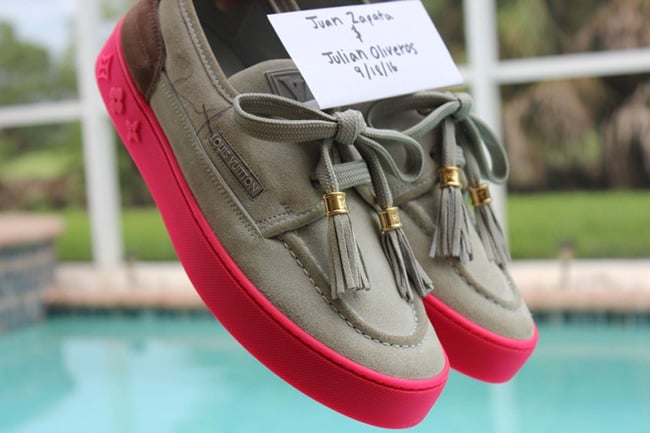 A couple days ago, a couple of kids were lucky enough to spot Kanye West and have him sign a pair of the limited Louis Vuitton Hudson. There is a video that is floating around but if you missed it, you can watch below.

While most of us would be extremely excited to have a pair signed by Kanye, the two kids have put the shoes up for auction. Being sold by Juan Zapata and Julian Oliveros, they also have a letter of authenticity from JSA so you know they are real.

This pair is a size 5.5 and only 24 pairs were made of the Kanye West x Louis Vuitton Hudson. On top of that, they are signed by him so this could get a bit out of hands as for the end price.

The auction will run until October 2nd and at the time of writing, the current bid is at $2,125 which isn’t that bad. For those that want to check the auction out, click here.

don't ever use twitter but I thought I'd share this beautiful moment of me with Kanye (me in the cream tee) pic.twitter.com/o10LMjK8MF 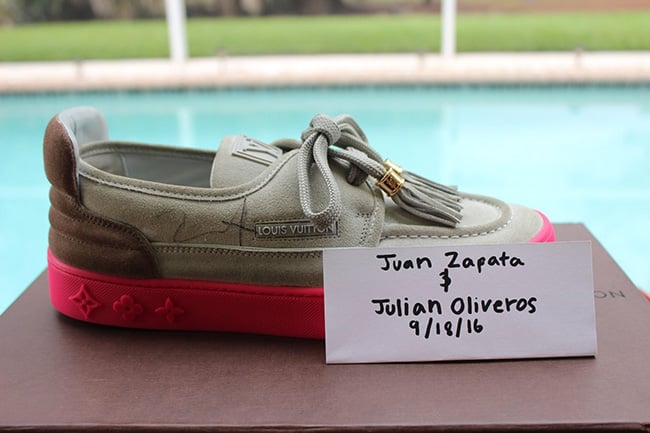 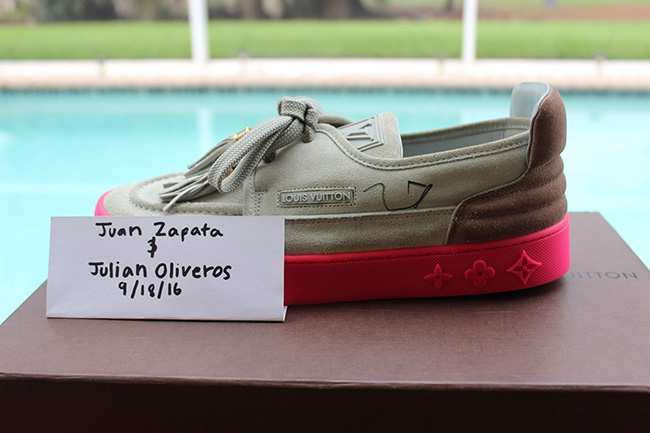 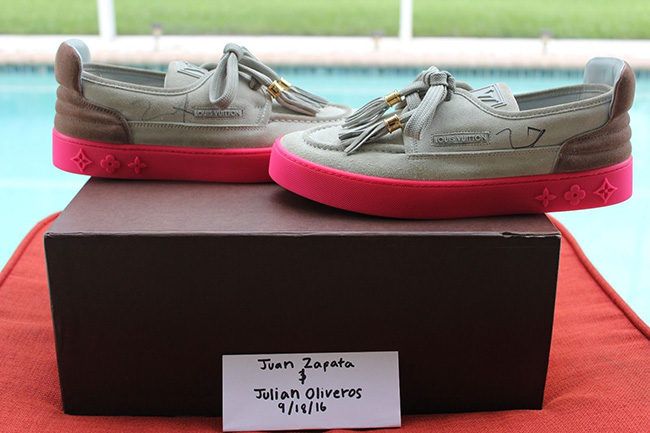 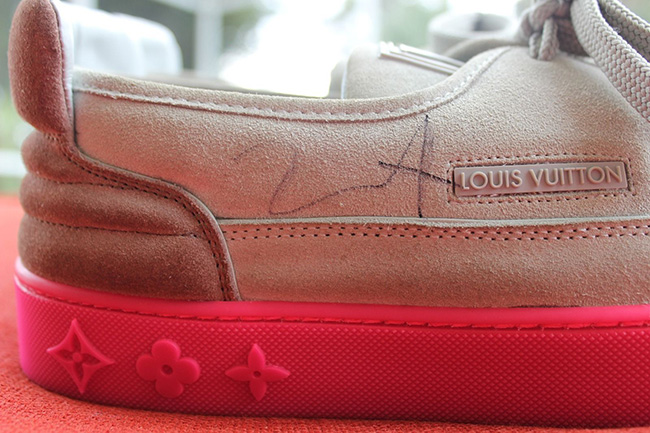 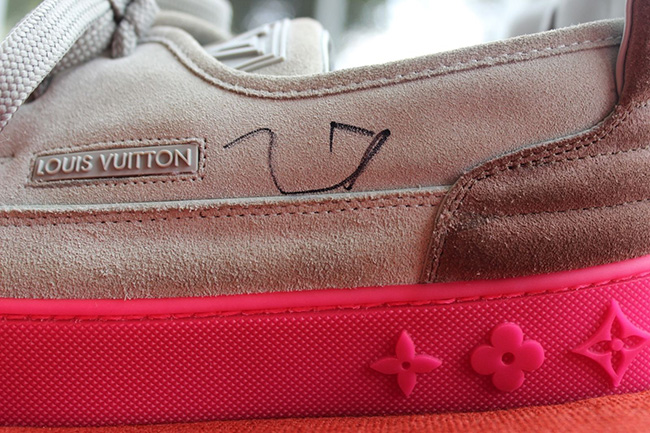 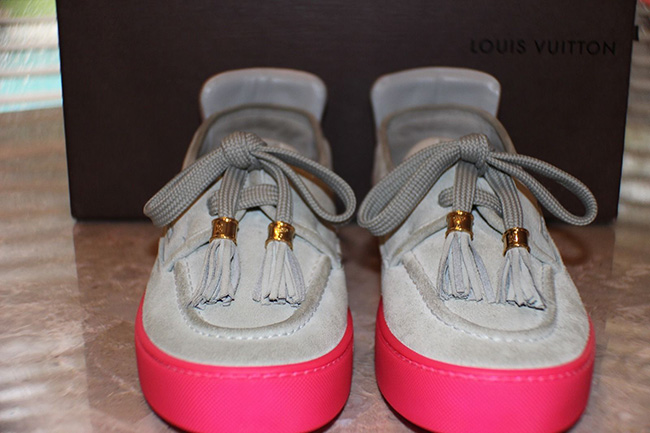 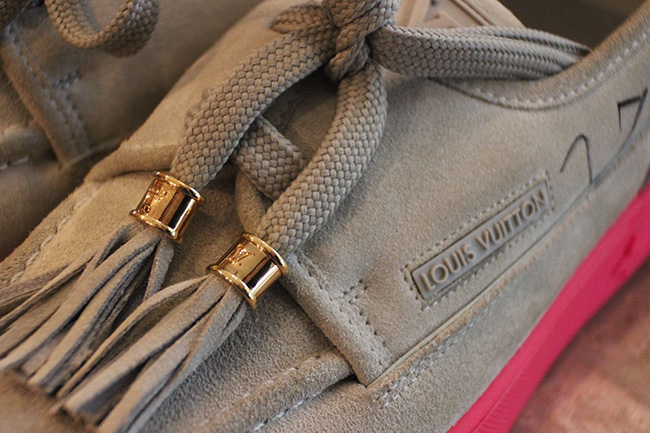 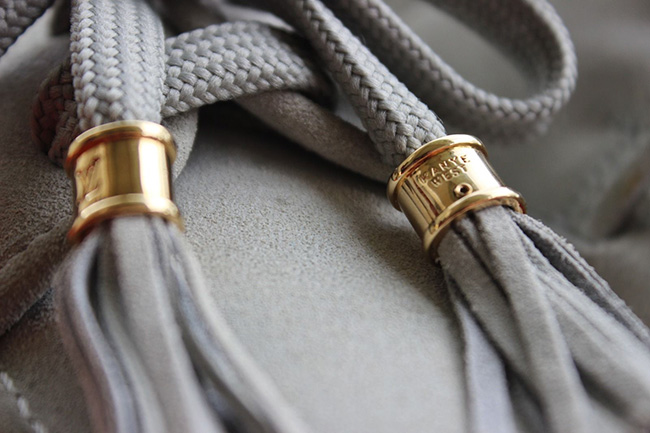 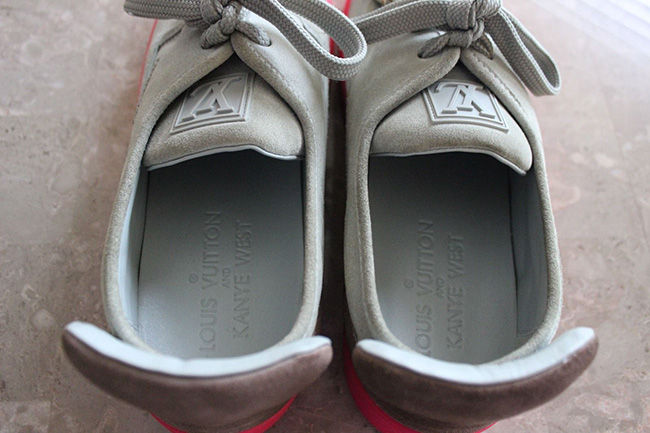 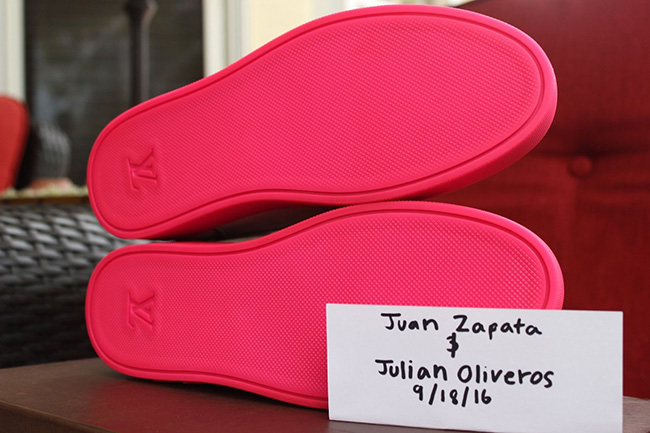 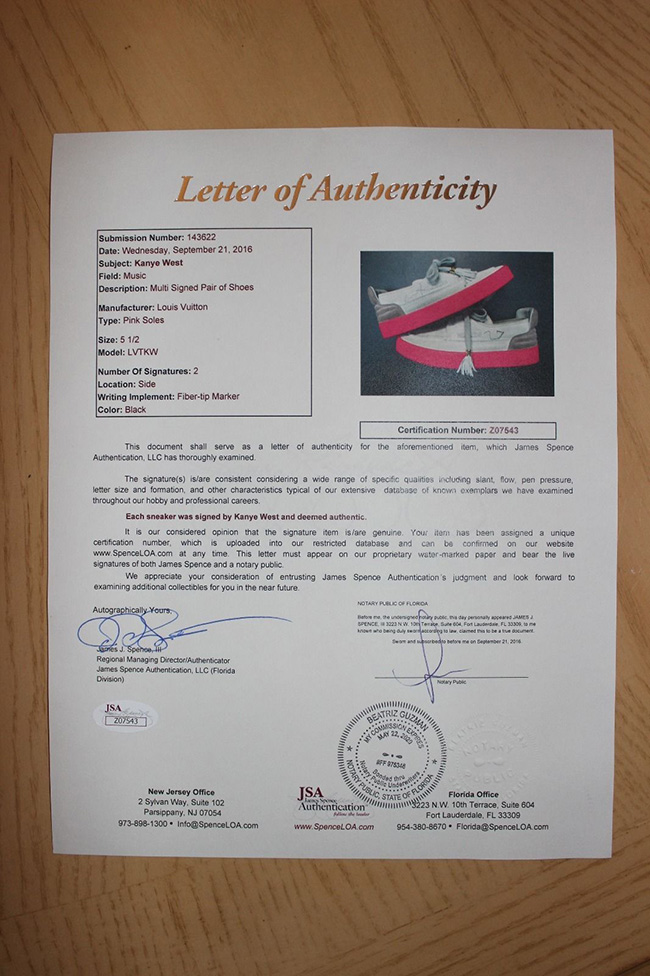