This edition of “On Court” features a key matchup between Chris Paul and Carmelo Anthony. No, we’re not discussing which is the better athlete, but rather who looked better in regard to sneakers when the New Orleans Hornets faced off against the Denver Nuggets on Thanksgiving Day. Chris Paul stepped onto the courts with an Air Jordan XX3 Player Exclusive very similar to the Air Jordan XX3 inspired by the University of North Carolina which was released on November 28, 2008.  On the other side of the court, Carmelo Anthony was seen wearing a player exclusive colorway of the Air Jordan Melo M5, Carmelo’s newest signature sneaker. This colorway will most likely not be released to the public and will stay in Anthony’s personal sneaker vault. As for the game, the Hornets beat the Nuggets with a final score of 105 to 101, but Anthony outscored Paul 24 to 22.  More pictures of the two pairs can be seen after the jump. Pictures via Yahoo Sports.

Who do you think had the better sneakers? Chris Paul or Carmelo Anthony? Drop a comment and let us know what you think! 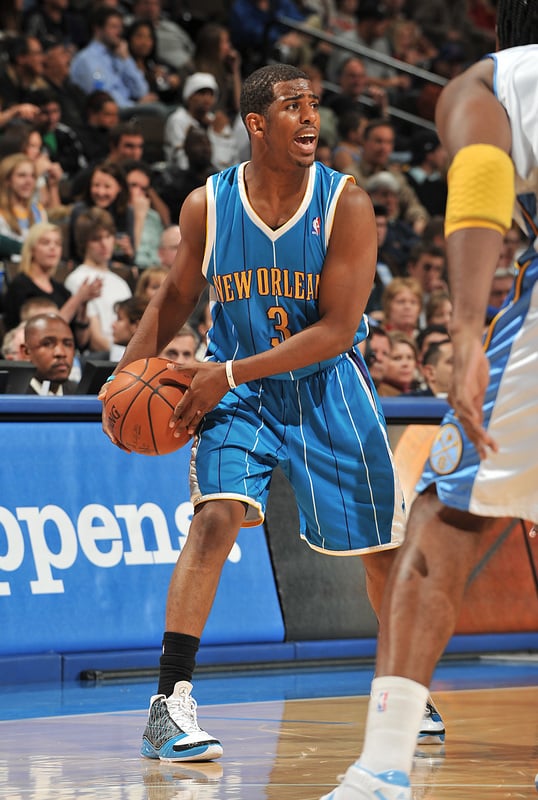 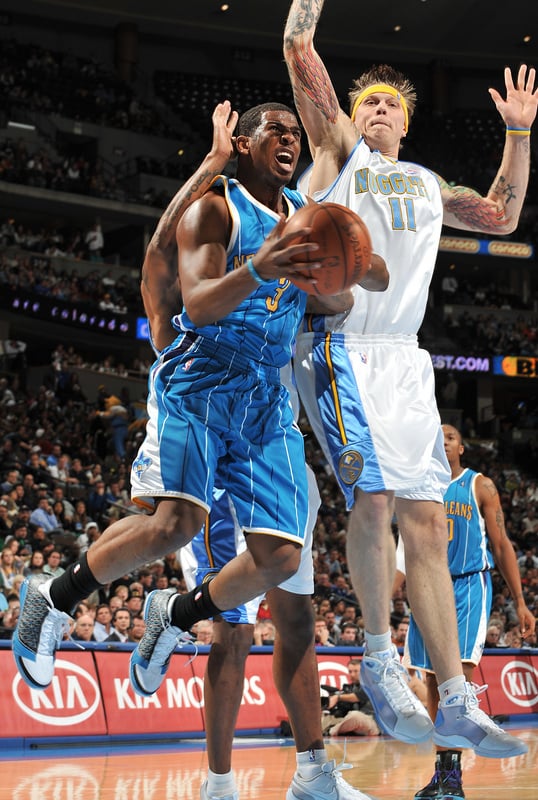 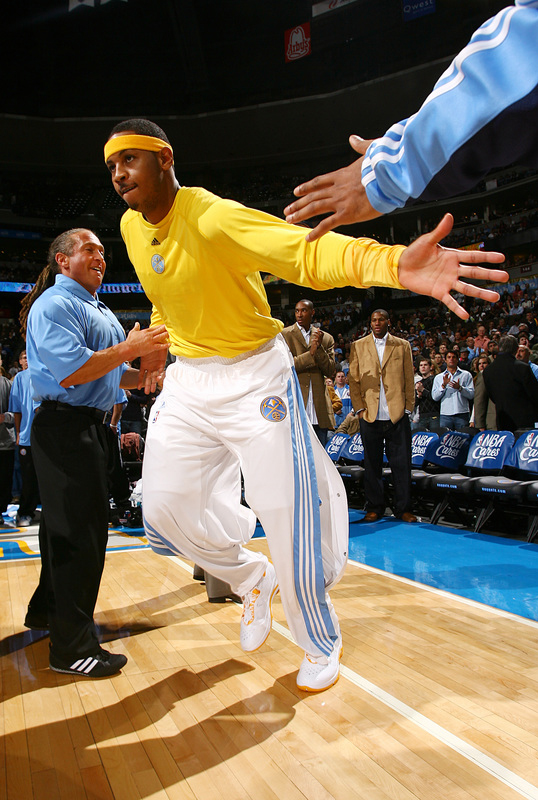 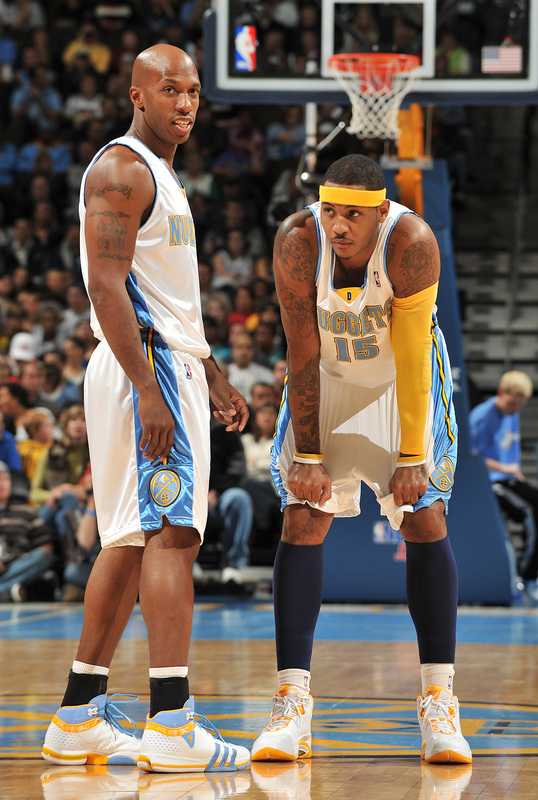