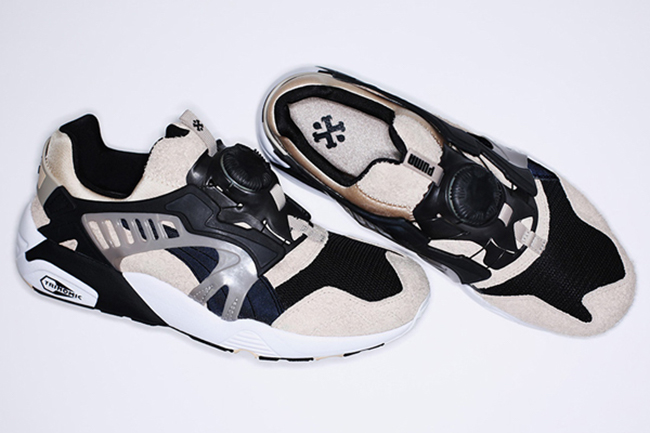 KICKS LAB is back again with a new collaboration, this time connecting with Puma. The Tokyo based retailers and Puma are set to launch the KICKS LAB x Puma Disc Blaze ‘Desert Trooper’.

Since this collaboration with KICKS LAB on the Puma Disc Blaze is known as ‘Desert Trooper’, they actually took inspiration from colors of the special forces which matches the desert theme. Across the uppers, the brand has used suede which comes in an Ivory Cream. In addition, the suede is slightly rougher then normal to mimic the surface of sand. Following is Black which is used on the Puma branding, Disc, and mesh. Finishing the look is White which runs through most of the midsole.

The KICKS LAB. x Puma Disc Blaze Desert Trooper will release on October 22nd, 2016. Debuting in limited quantities, you will be able to purchase straight from KICKS LAB. For those that want to check out more images, continue to scroll below.