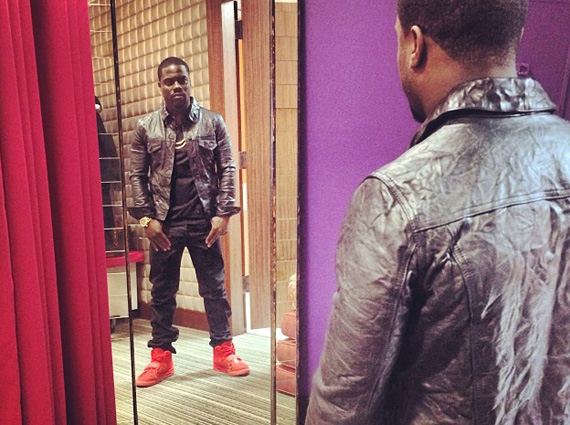 Now that the dust has settled and Kanye is done with his rants, it looks like the rather short list of celebs who have the “Red October” Nike Air Yeezy 2s has just gotten longer thanks to Kevin Hart. While we are still waiting to see if there will even be a release of the highly popular colorway, Hart took to his IG to flex his sneaker muscle. Even though this is an impressive sighting, Hart is sure to come under some sort of scrutiny as the legitimacy of his latest acquisition will surely be questioned. Check out another look of Hart with his new kicks and be sure to drop us a line in the comments section below. 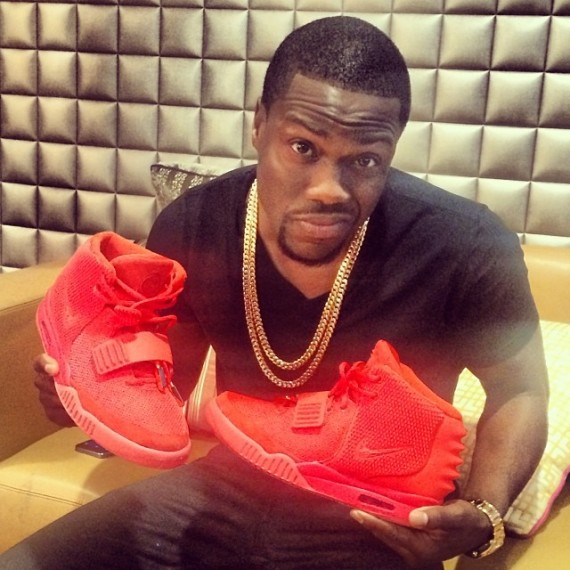