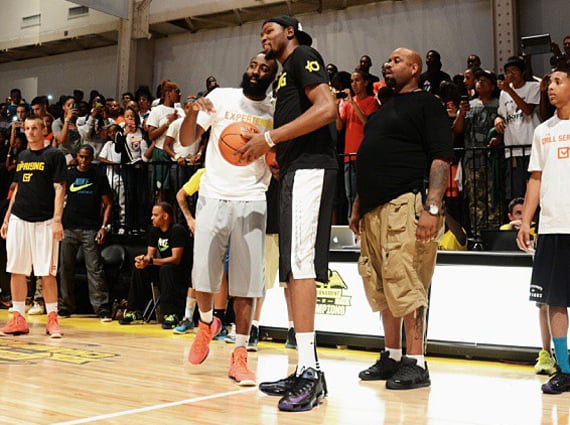 The Nike KD 6 has come a long way in what seems like a short amount of time since its initial debut just a few months ago. With a nice resume of colorways already under its retail belt, the KD 6 took it to another level once it became a member of the NIKEiD family. No stranger to rocking his very own kicks with pride, Durant was photographed rocking a pair of “Chroma” KD 6’s. Sporting a clean iridescent material covered upper, it seems as though these have risen to be one of KD’s favorite looks as this isn’t the first time he has sported these. Read on after the jump to check out a couple more looks at KD in the previously mentioned kicks and be sure to drop us a line in the comments section below. 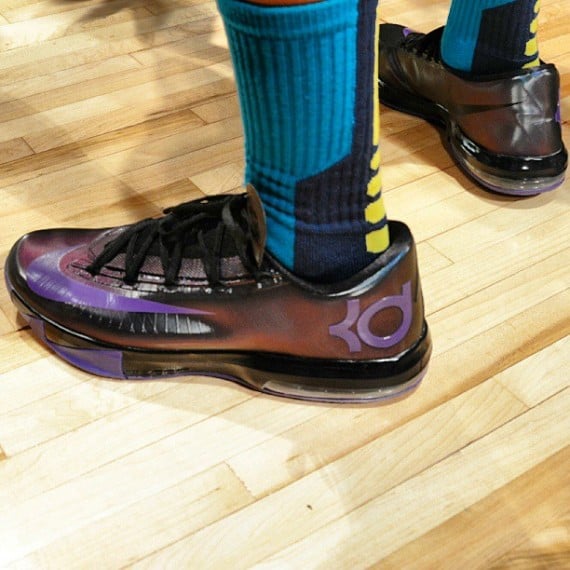 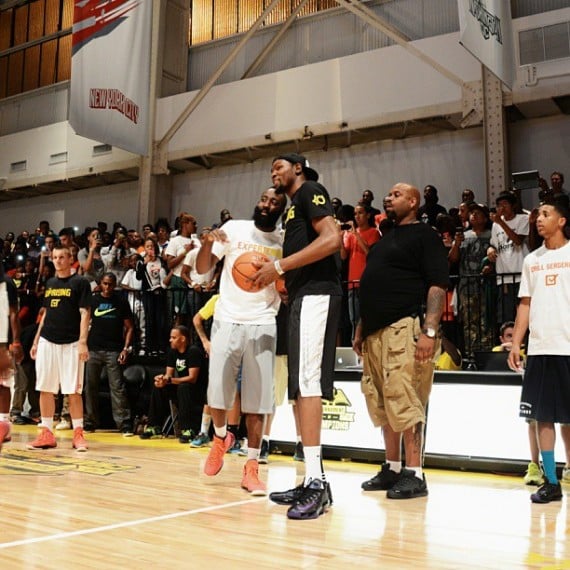