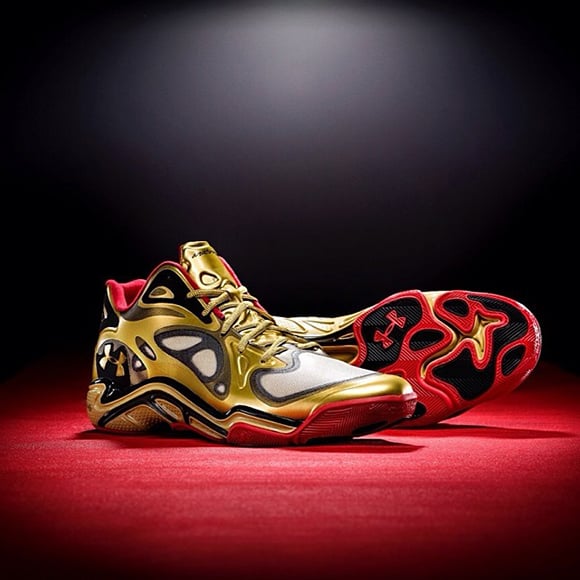 Steph Curry’s teammate and brand mate, Kent Bazemore, also suited up for last night’s win over the Portland Trailblazers in a pair of Under Armour’s specifically made for the “Award’s Season.” Whether you call them the “Award’s Season” PE or “Grammy’s” is irrelevant because either way this colorway could only drop one time a year for these athletes. The only difference between Steph Curry and Bazemore’s Spawns is that Curry’s are a high top and Kent’s are a low top. Both share the metallic gold that reflects off as well as the shimmering laces and red accents. No word on if either of the kicks plan to hit the market, but stick around and find out who else rocked “Award’s Seaon” PE’s last night.

Do you prefer the high top or low top version of the Anatomix Spawn “Award’s Season” PE? Let us know in the comments section below and stick with Sneakerfiles for release dates and much more!