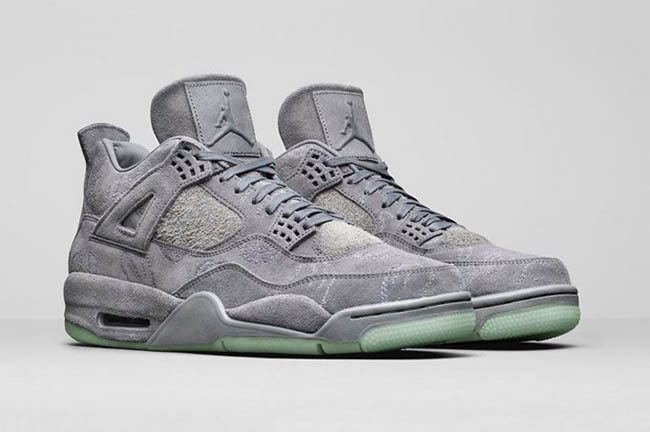 The KAWS x Air Jordan 4 is a new collaboration that is set to release during Spring 2017 at select Jordan Brand retailers.

Brian Donnelly who goes by KAWS is a New York based artist. Over the years, he has participated in various collaborations which includes Nike. This will be the first time he partners up with Jordan Brand.

Although the model has yet to be confirmed, it appears that it will be the Air Jordan 4. In addition, there is some discrepancies since some say they will feature a Grey base, however the images used resemble that of the ‘Royalty’ Air Jordan 4.

Recently images had leaked of the upcoming collaboration which features a translucent outsole which glows in the dark. The sole also exposes KAWS’ popular graphics. Across the uppers we have the use of Grey suede which also extends to the midsole. Completing the Air Jordan 4 KAWS is a glow in the dark outsole.

The KAWS x Air Jordan 4 Grey Suede collaboration will release on March 31st, 2017. Releasing in limited quantities, retail price will be $350. Below you can check out additional images below which will give you a preview. Make sure to check back with us as we continue to update.

Update: Tomorrow, April 21st you will be able to register for a chance to purchase the KAWS x Air Jordan 4 on KAWSONE.com. Registration opens at 12PM EST. If you have won, you will be notified on Monday, April 24th. 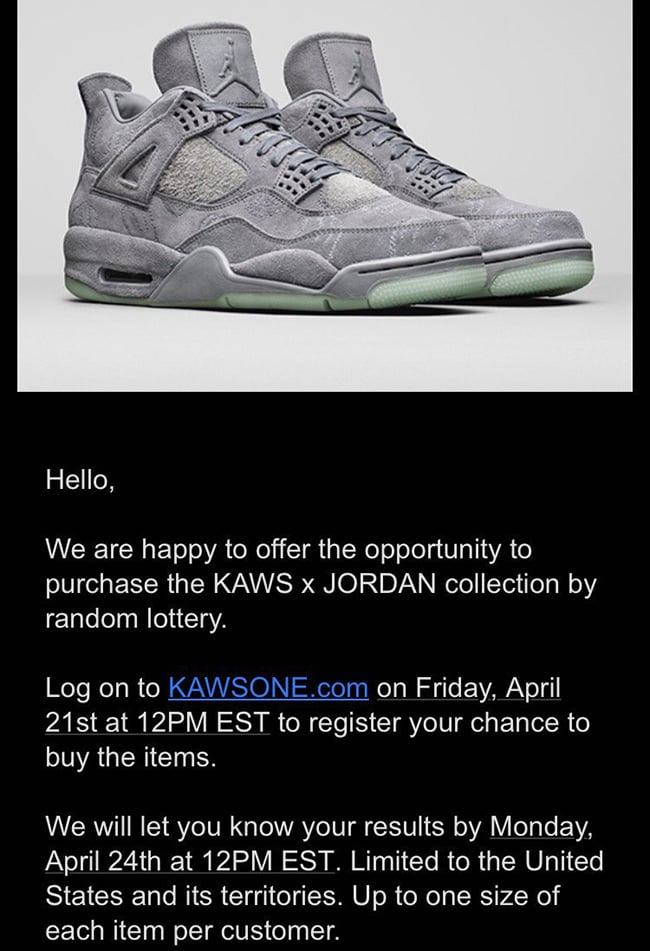 Update: KAWS has confirmed that the Air Jordan 4 will release online on his website. Sadly we don’t have a specific date or time, however if you sign up for their newsletter, they will email you once they become available.

Next week I will be sending an email with all details for @kaws x @jumpman23 release on kawsone.com.  Sign up to our mailing list on kawsone.com (if you already submitted your info at the bk museum event, expect an email as well) #KAWS #JORDAN

Update: The online release of the Air Jordan 4 KAWS was supposed to happen but was pulled. However, an online release at KAWSONE.com is going down. You will need to visit the website and sign up for their mailing list. From there, they will let you know when they become available.

Regarding the @kaws @jumpman23 release on http://KAWSONE.com #MAILINGLIST #KAWS #JORDAN

Update: Here’s how the Air Jordan 4 KAWS looks on feet via HypeBeast. 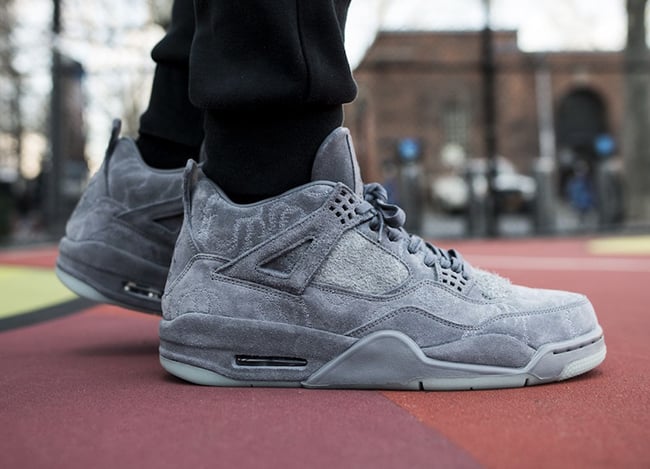 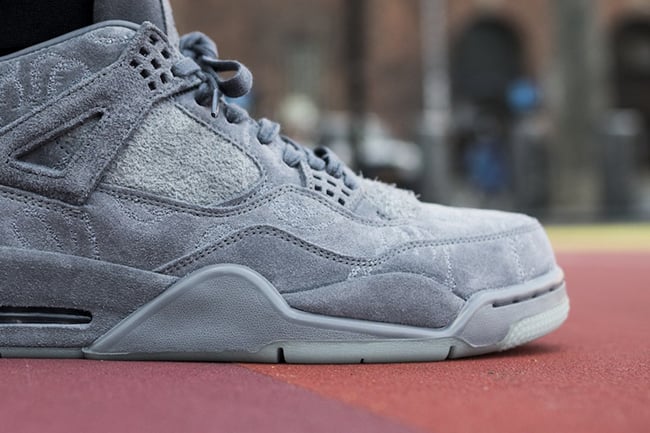 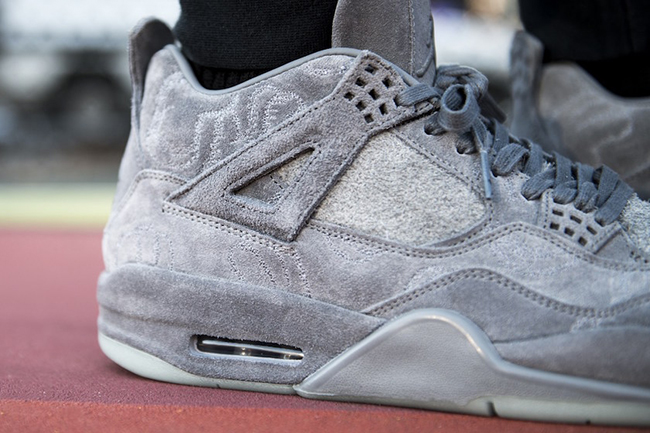 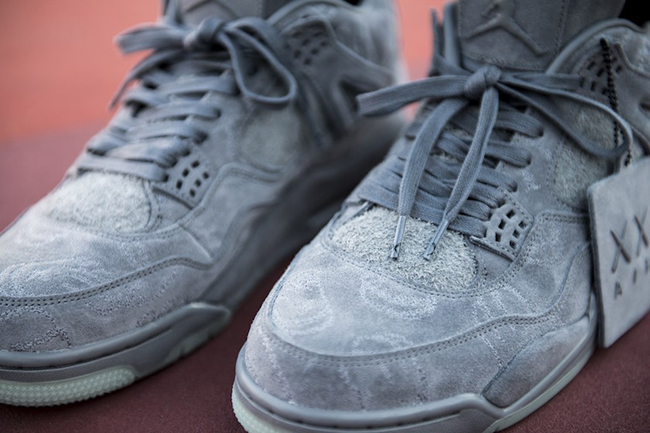 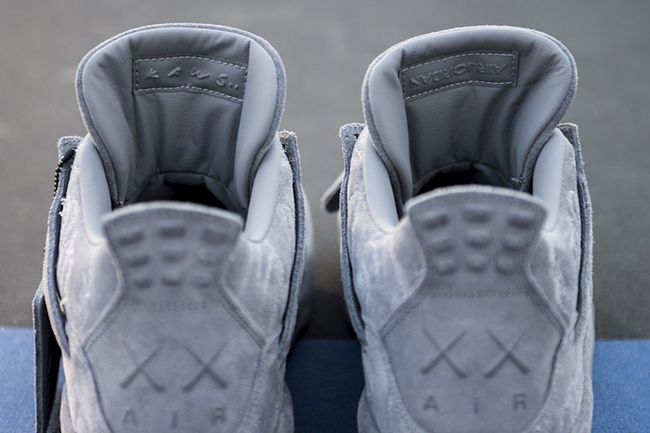 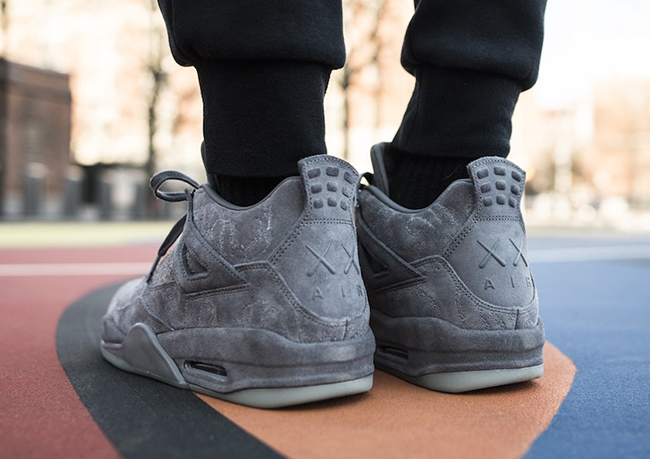 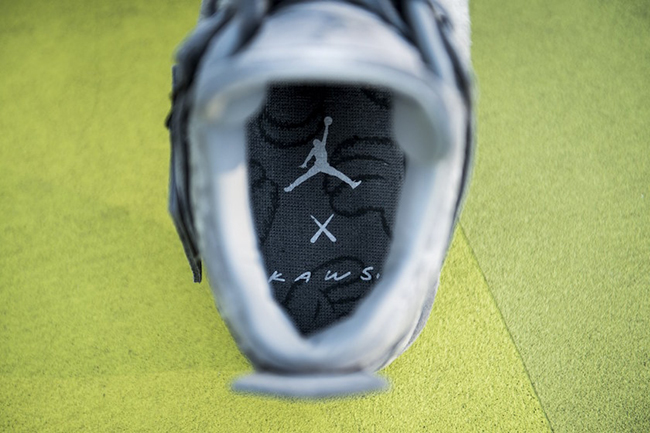 Update: The Air Jordan 4 KAWS will be one of a few pairs most will be going after this month. For those that don’t want to wait till the release date, a sample pair has landed on eBay. 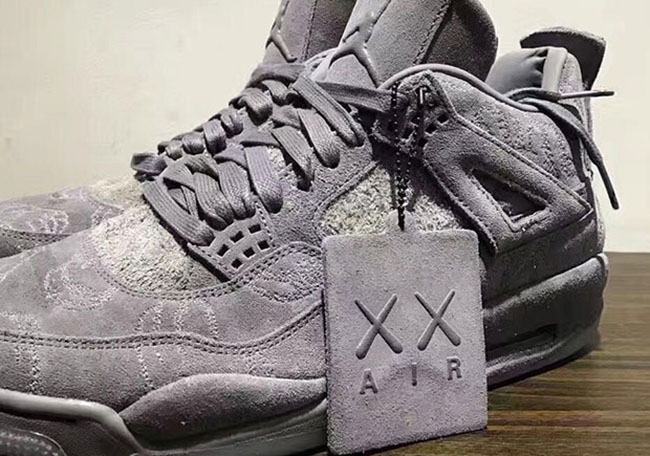 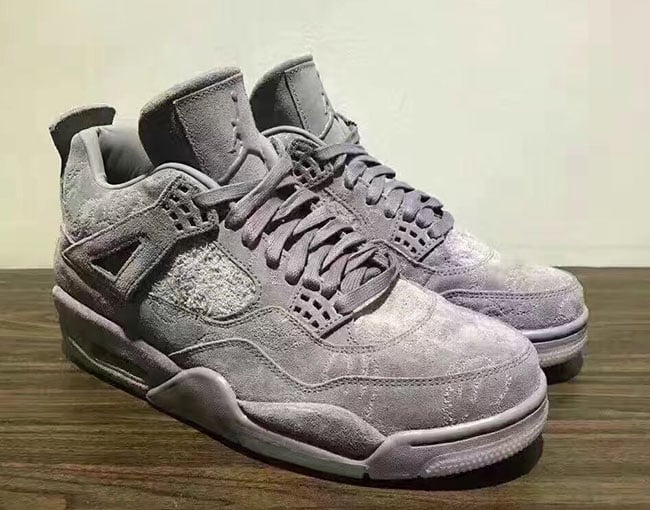 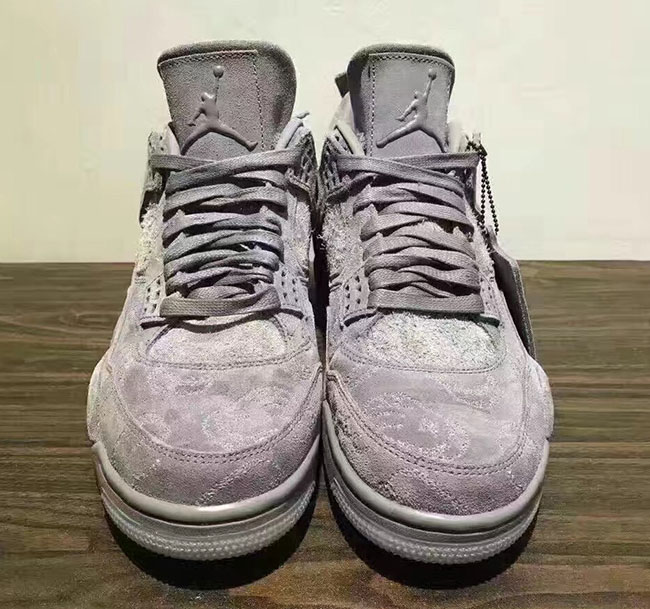 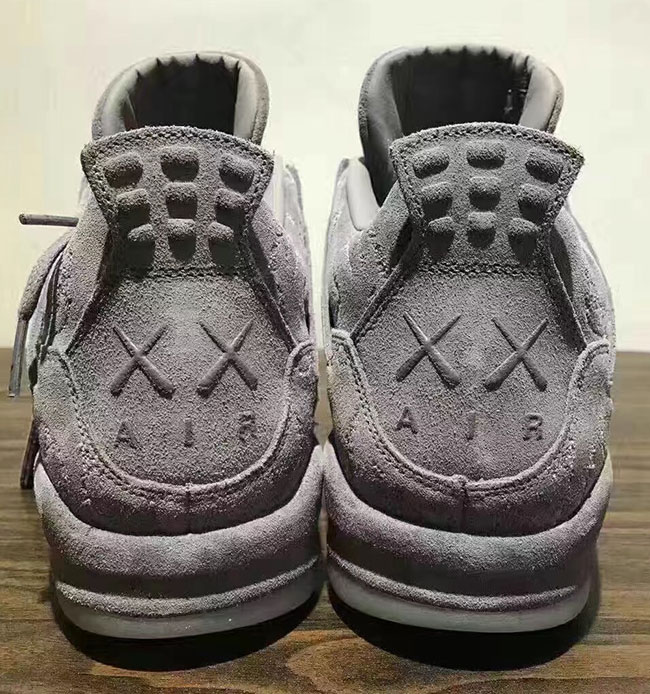 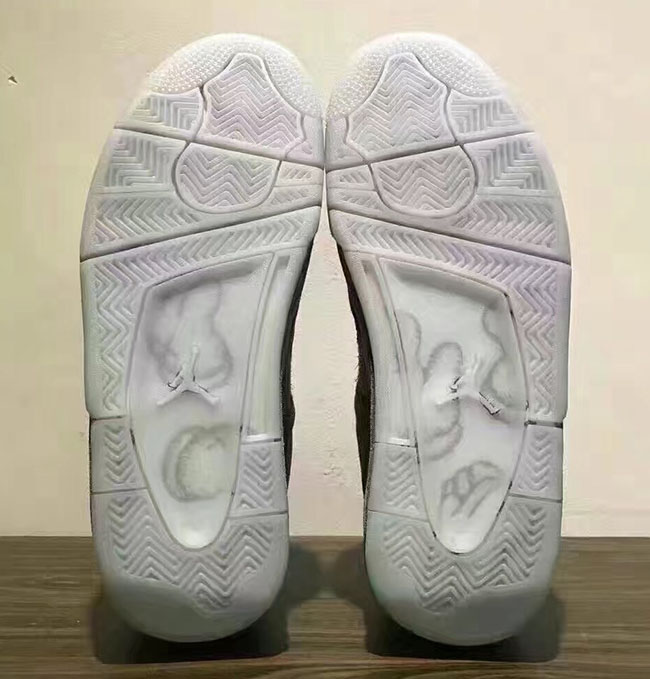 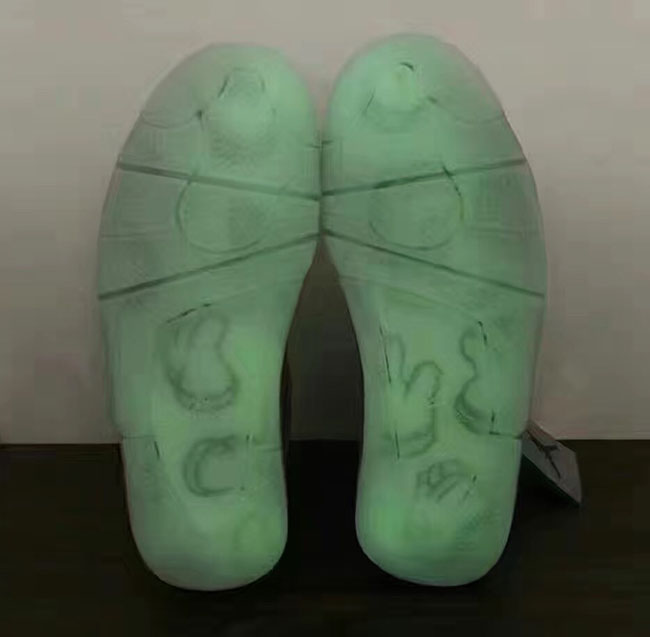 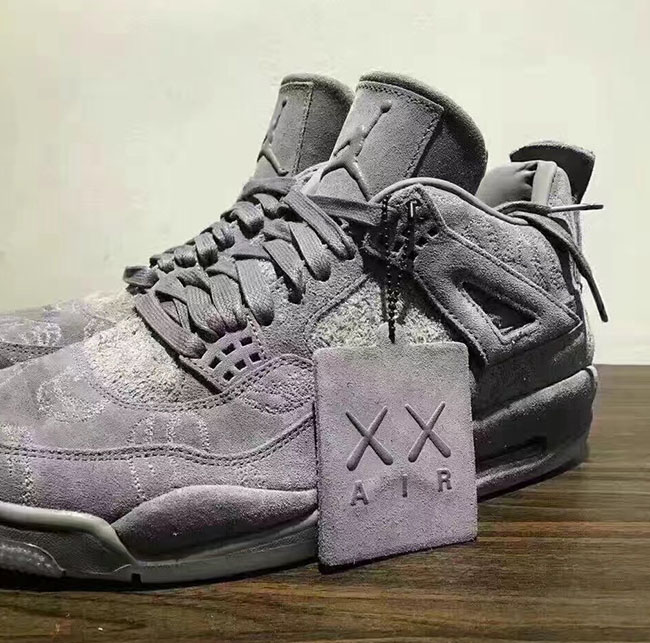 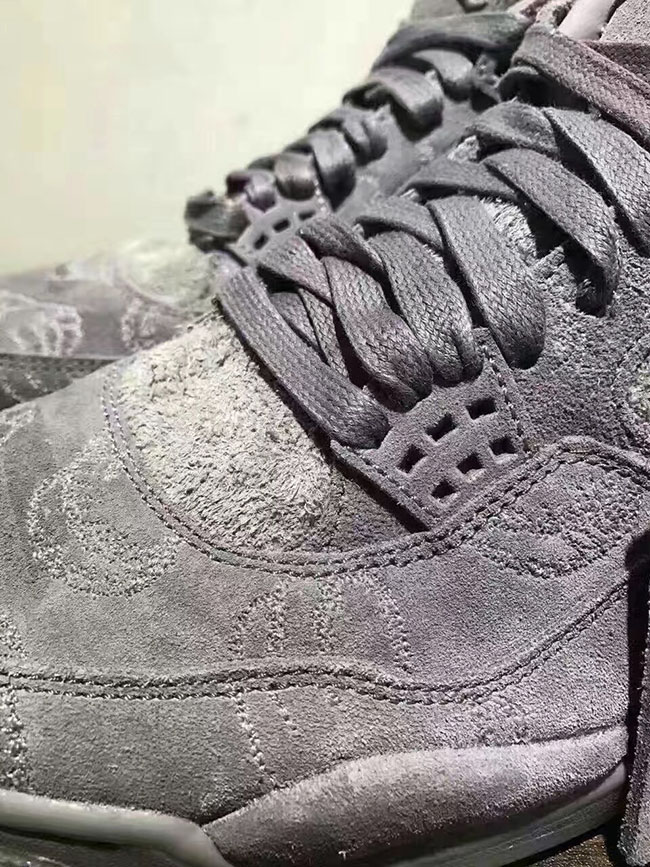 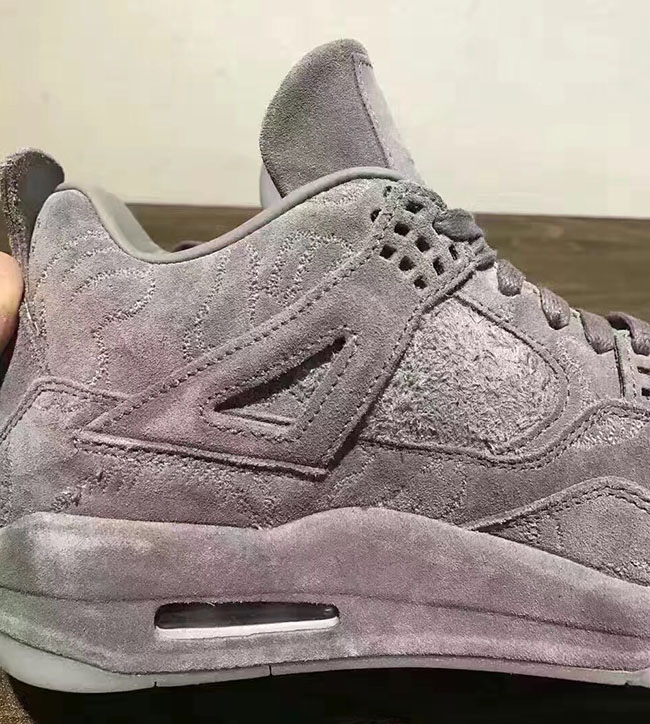 Update: First look at the KAWS x Air Jordan 4 has leaked which will release Spring 2017. 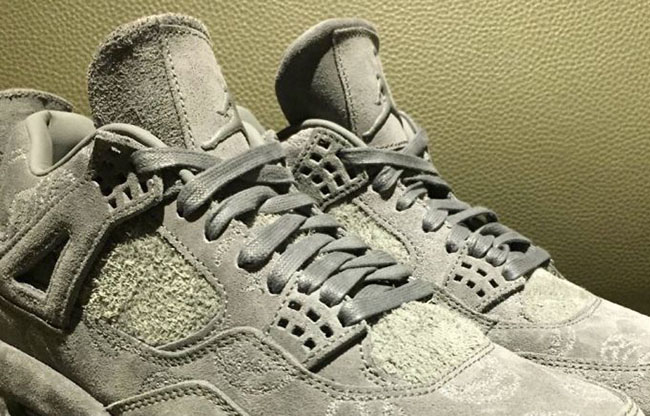 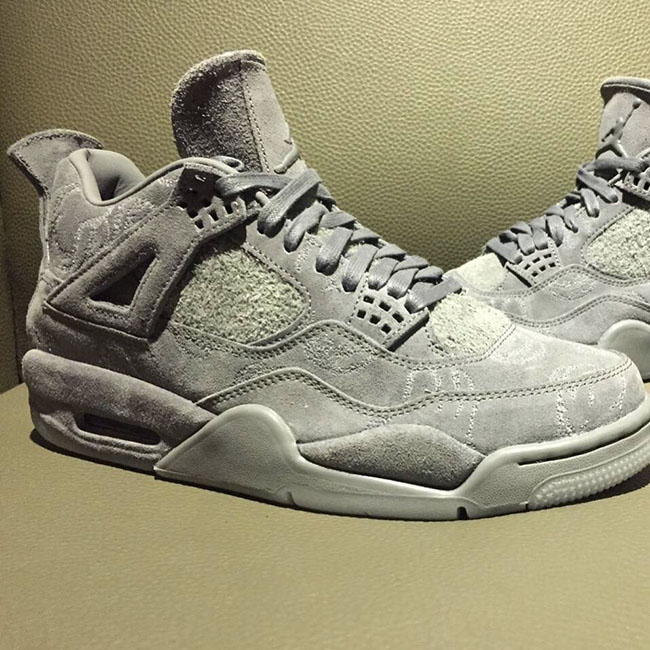 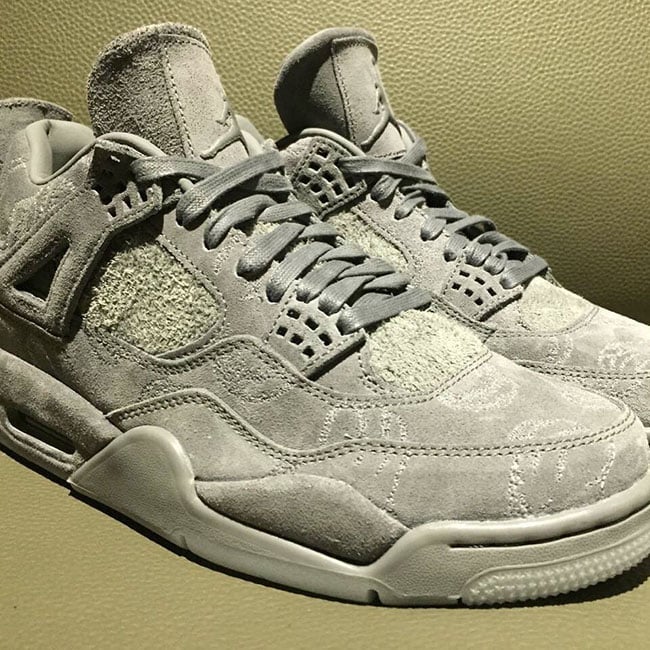 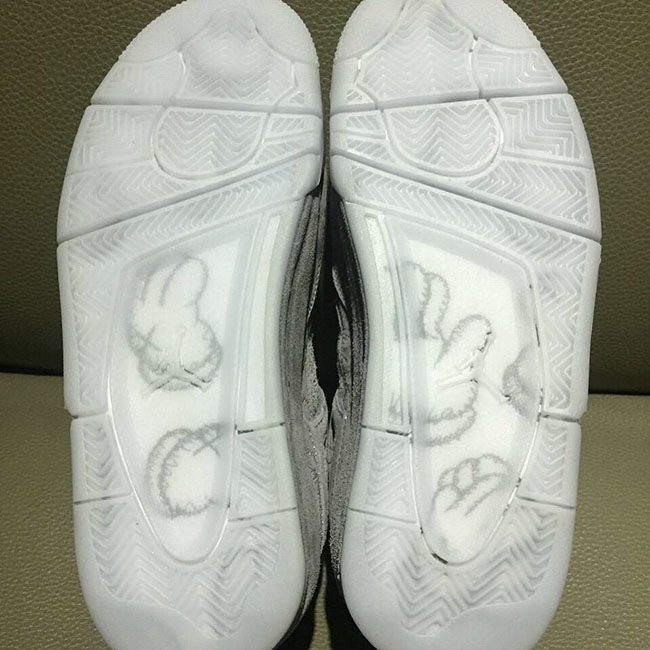 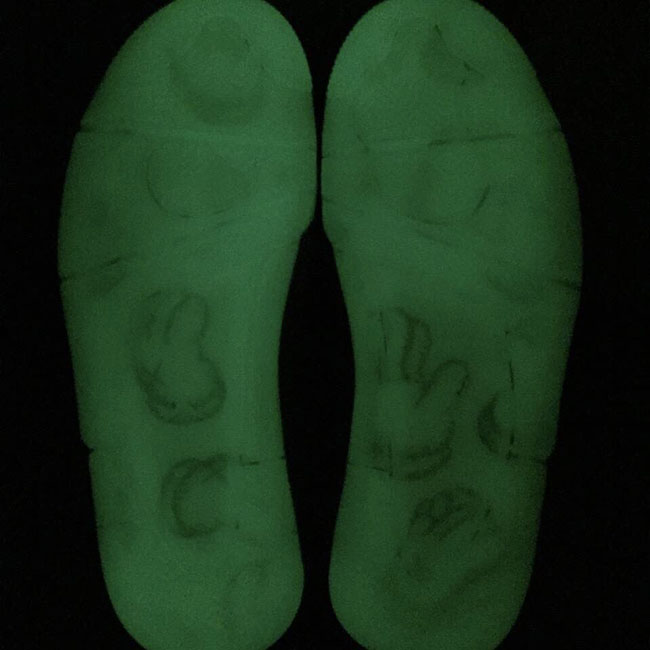 Update: KAWS has officially announced the collaboration with Jordan Brand using the Air Jordan 4 which will feature Cool Grey and White. 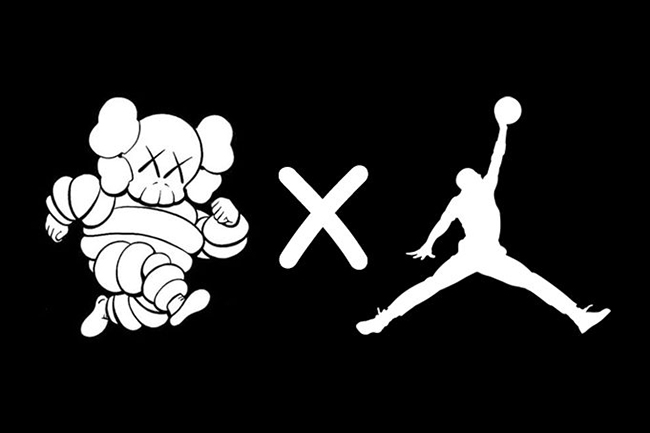