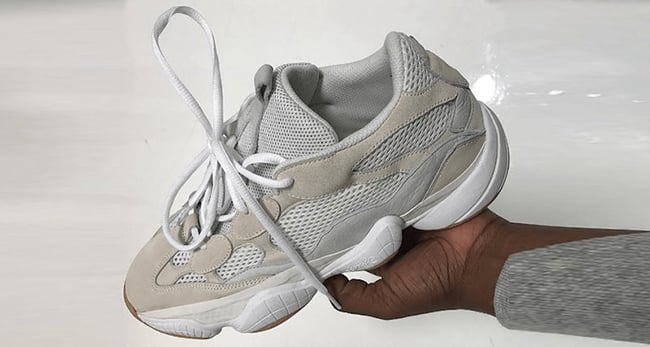 Recently Kanye West was wearing his latest adidas Yeezy Runner which is apart of Yeezy Season 6. The shoes which has had a mixed review on the net is rumored to release during 2018.

In the photo, Kanye West was also holding his son, Saint, which had on the recently released adidas Yeezy Boost 350 V2 ‘Cream’ which also released in kids sizing.

Below you can check out a few more images of the potential upcoming adidas Yeezy Runner which will show you how they look on feet. At the time of writing, a release date is unknown nor are they confirmed to release. However sources have said a launch could take place in 2018. Make sure to visit the comments section and let us know your thoughts on them and if you plan on buying if they do drop.