HomeNikeToys 'R Us by Kanye West

Toys ‘R Us by Kanye West 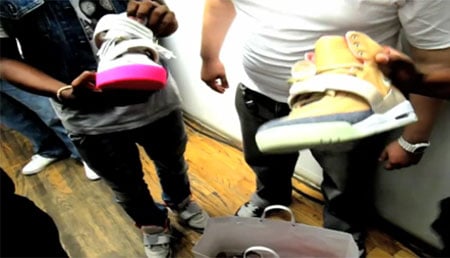 Recently, Virginia rap-duo, the Clipse, teamed up with Kanye West for their new single, “Kinda Like A Big Deal”. Behind the scenes of their video shoot, some big names such as KiD CuDi, Ibn Jasper, Kanye West, and Pusha T gathered around as they unveiled the rest of Kanye’s unreleased sneakers. Kanye’s already one of the top names in the rap game, and he also has two sneaker lines out by two different companies at the same time! That’s above amazing, and he seemed humbled as he saw all of his creations in front of his eyes. Some of the models included the new Net colorway of the Nike Air Yeezy, the Louis Vuitton Don’s, and the Louis Vuitton Jasper’s. You should all know by now how hard it’s going to be to get these sneakers, as Pusha T doesn’t even have a pair of Yeezys, and Kanye proclaimed that he had to buy a few pairs from eBay. Nonetheless, this Toys ‘R Us video segment should give you some great looks at Kanye’s upcoming sneakers, as well as a few laughs.


Check it out here at Vimeo. 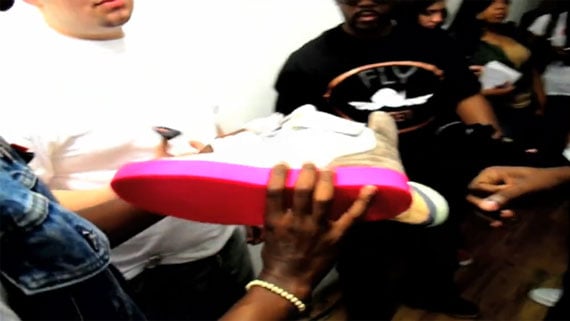 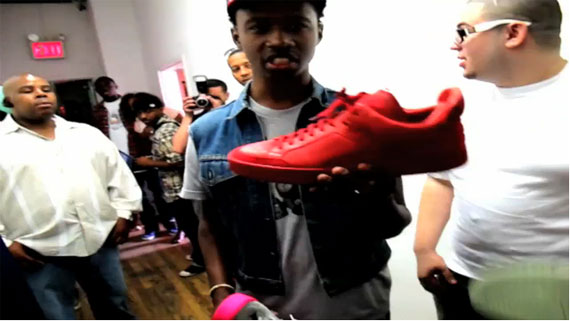 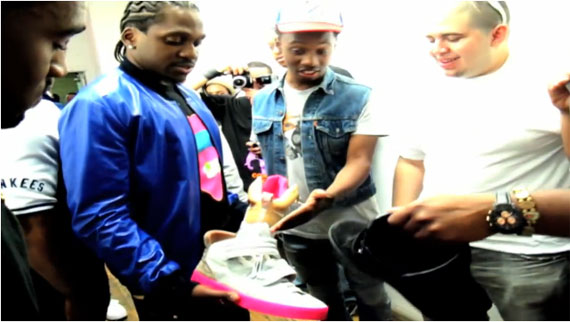