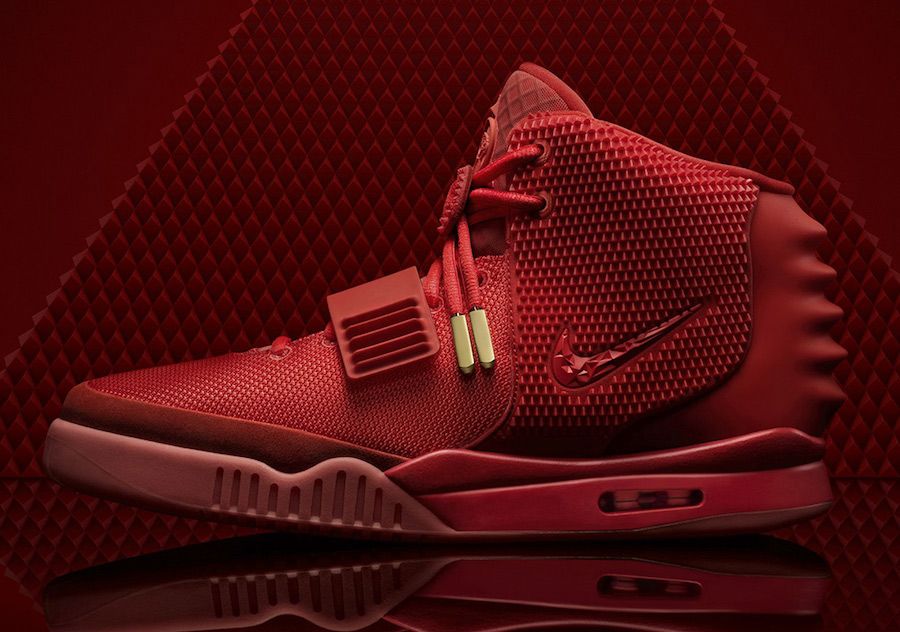 Over 4 years ago the Nike Air Yeezy 2 ‘Red October’ which was a surprise release on Nike. Information broke earlier today that Kanye West applied for the ‘Red October’ trademark.

News comes from TMZ who has said that the ‘Red October’ was originally applied for a trademark back in 2013. However it never went through due to paperwork not being complete. Now 5 years later Knaye West is set to give it another try, once again filling for the name ‘Red October’. Some have speculated that this move is so he can use the name on upcoming releases including his adidas Yeezy line.

At the time of writing additional information has yet to be announced nor is it known if an upcoming adidas Yeezy Red October will release. Once we have more information we will make sure to update you. For now visit the comments section and let us know your thoughts.