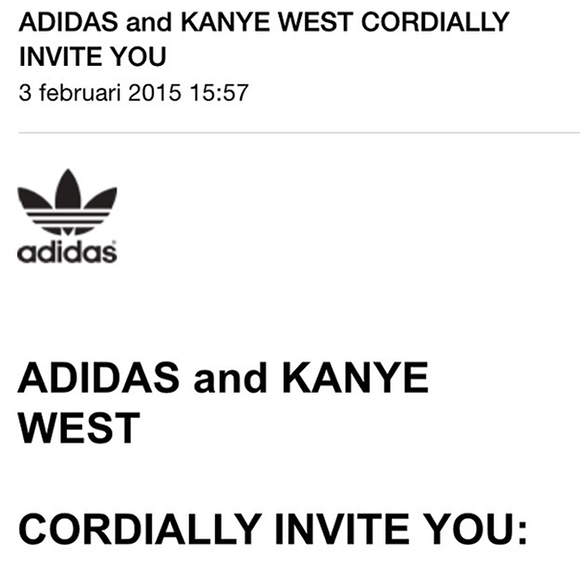 After much talk, speculation and wondering when Kanye West first shoe with adidas will release, we get a bit closer. According to sources West and adidas will debut the collection on February 12th during New York fashion week.

An email was sent out to select media outlets and retailers inviting them to check out the collection. While not many sneakers are shown during New York Fashion week, we are sure Kanye West can get away with doing so. Also the Yeezi 3 and other adidas x Kanye West models are rumored to release during All Star weekend, which could actually happen.

We are sure the Kanye West and adidas collection will start surfacing on the day, if not before and when that happens we got you covered.