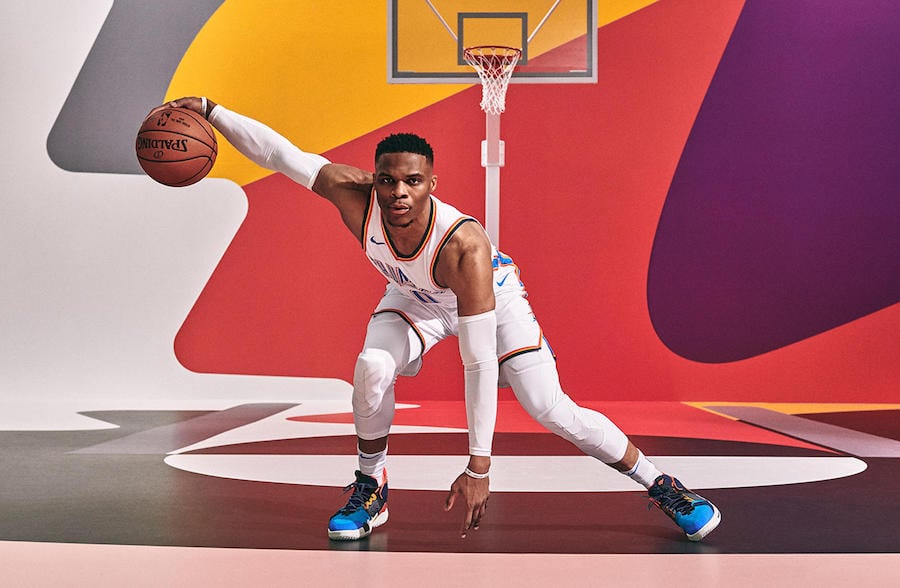 Jordan Brand and Russell Westbrook will connect for a new signature model part of the Why Not? series. After the release of the Jordan Why Not Zer0.1 we now have the Why Not Zer0.2.

Although we can expect various colorways releasing, the first pair to showcase comes dressed in a Multi-Color, Total Crimson and Sail color combination. Constructed with a mesh upper, new lacing system and texture heel. Completing the look is a window on the outsole which displays the size tag.

Jordan Why Not Zer0.2 Release Date

The Jordan Why Not Zer0.2 ‘Future History’ will release at select Jordan Brand basketball retailers and online at Nike.com on January 10th. Retail price is set at $120. Below you can check out more images which will give you a better look.

Update: Jordan Brand just unveiled Russell Westbrook’s Jordan Why Not Zer0.2, The lead colorway, “Future History,” was inspired by Westbrook looking back on his youth, including the various team colors he’s worn since high school. The shoe is also an ode to today’s youth, who will become our future leaders.

The “Future History” color-blocking and materials highlight the WN0.2’s performance qualities. There’s a grid-like, protective texture on the tongue and collar, a debossed pattern on the quarter (with hidden “Why Not” logos), a woven finish on the midfoot strap, breathable mesh on the forefoot, and injected TPU for the heel counter. The outsole has concentric circle patterns for multi-directional traction and references Westbrook’s number, 0. It also has a diagram of a “perfect strike” in bowling, a nod to one of Westbrook’s favorite off-court activities, as well as the size tag that’s typically inside the shoe.

At the heel of the left shoe, an external tag highlights the “Future History” color palette seen throughout the vibrant shoe. This external tag will also be on future colorways of Westbrook’s WN0.2, which focus on important people in Westbrook’s life, including his family and fans.

Each shoe has a black patch on the medial midsole for Westbrook’s written tribute to his late friend, KB3. The heel tabs of each shoe also have Westbrook’s signature, while the left heel has the Westbrook logo, the right heel has the Jumpman logo, and both shoes have his family crest on the interior of each tongue.

The ‘Future History’ Jordan Why Not Zer0.2 will release on January 10th in men’s sizes. Later this month will be sizes for the entire family. 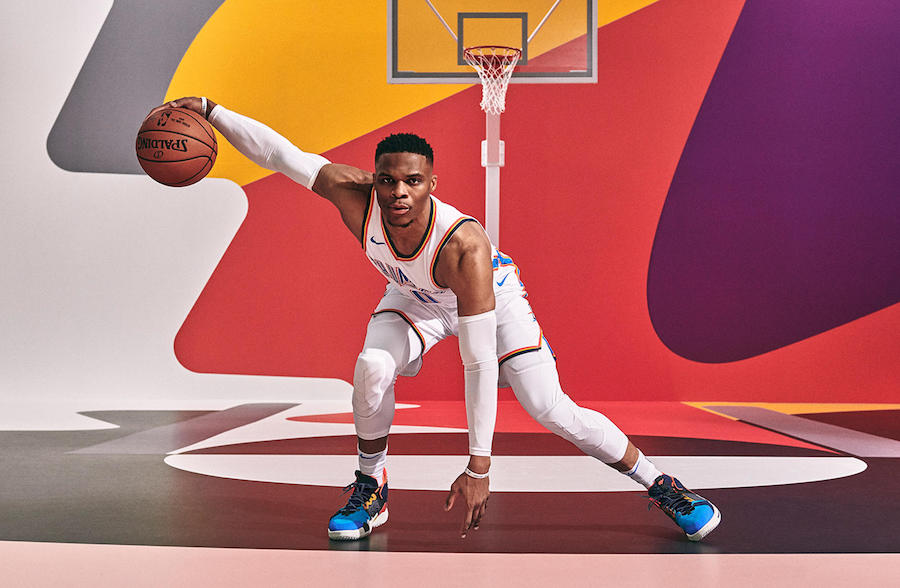 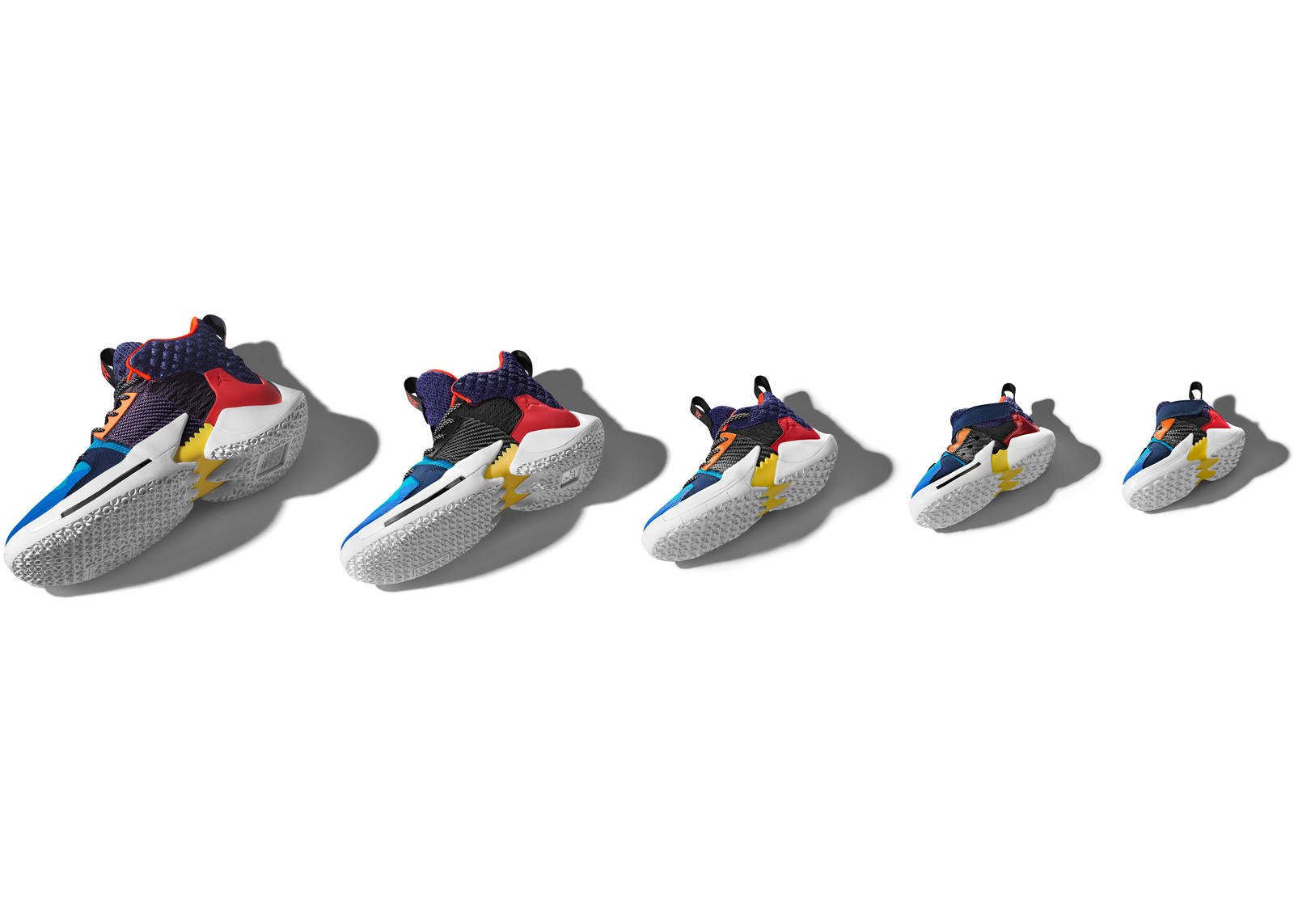 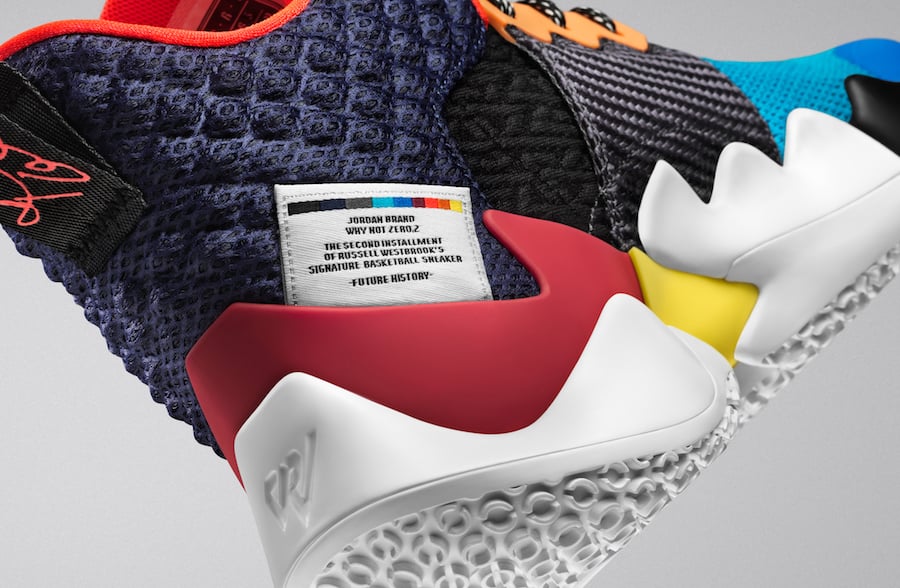 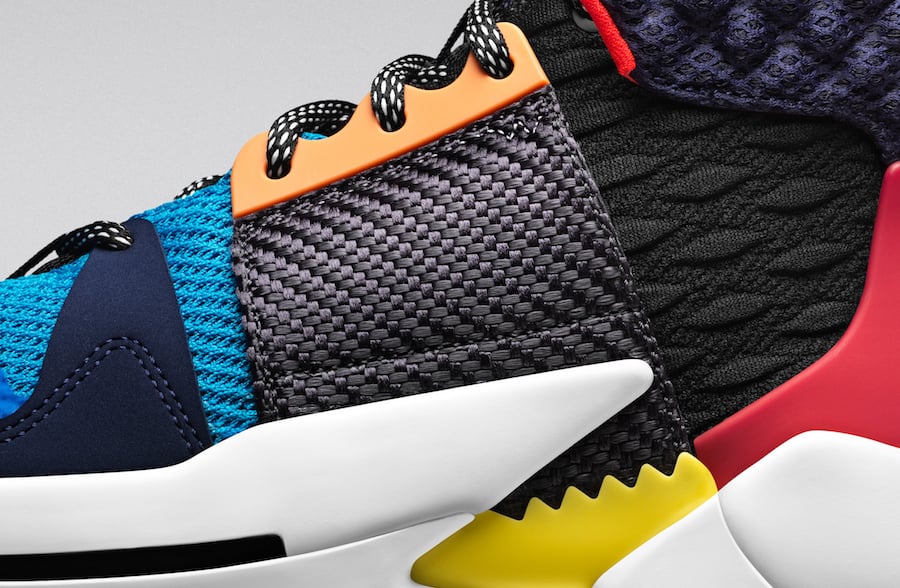 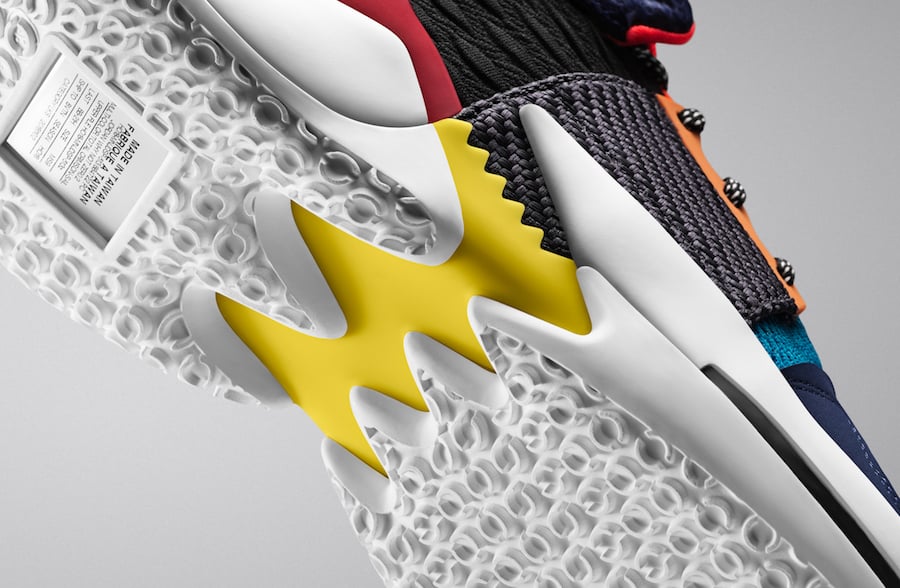 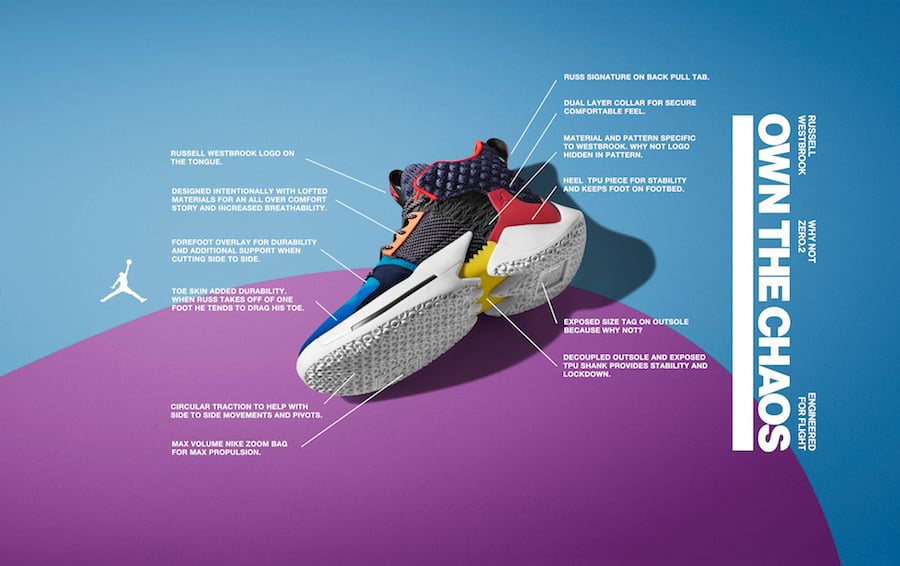 Update: Nike unveils official images of the Jordan Why Not Zer0.2 which releases on January 2nd overseas. 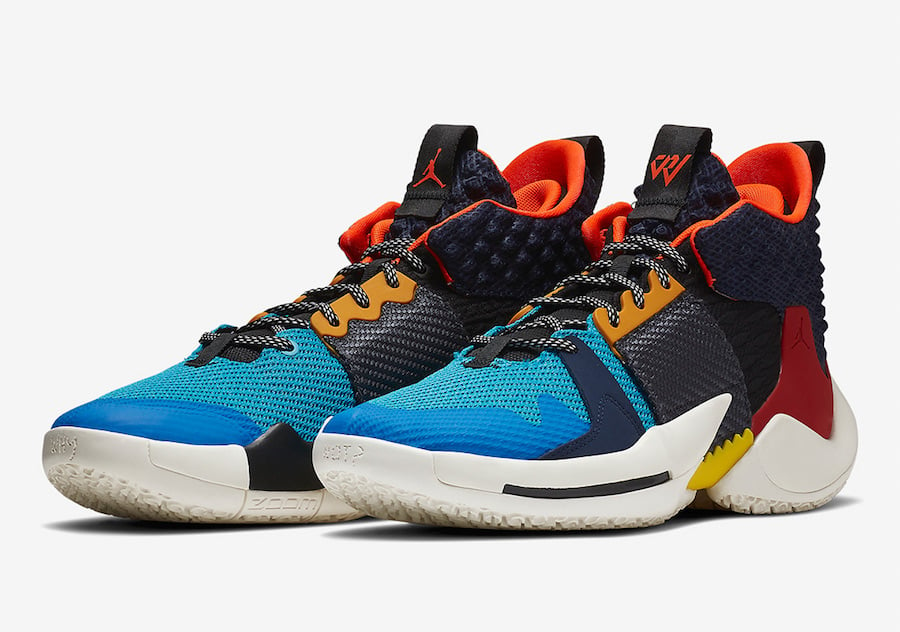 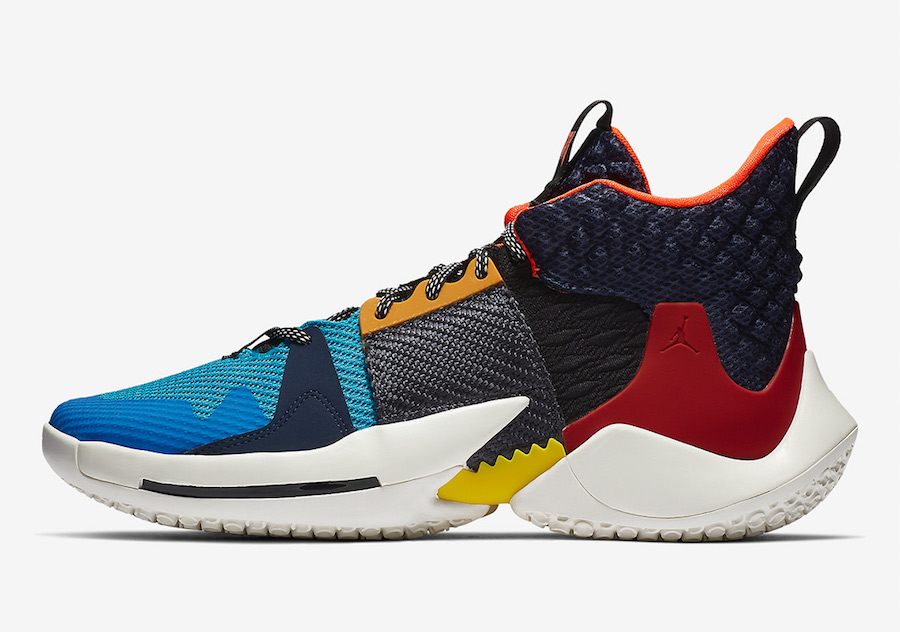 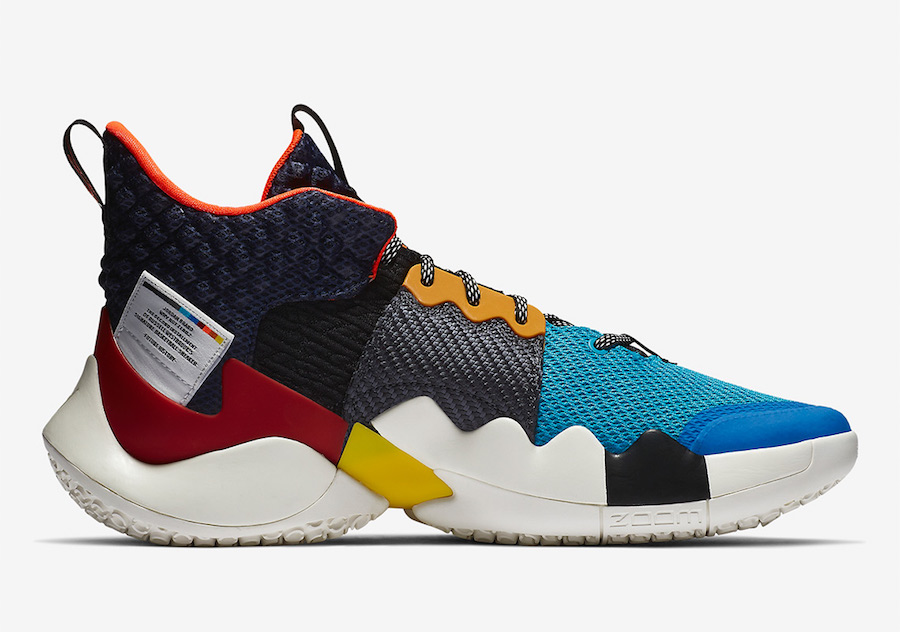 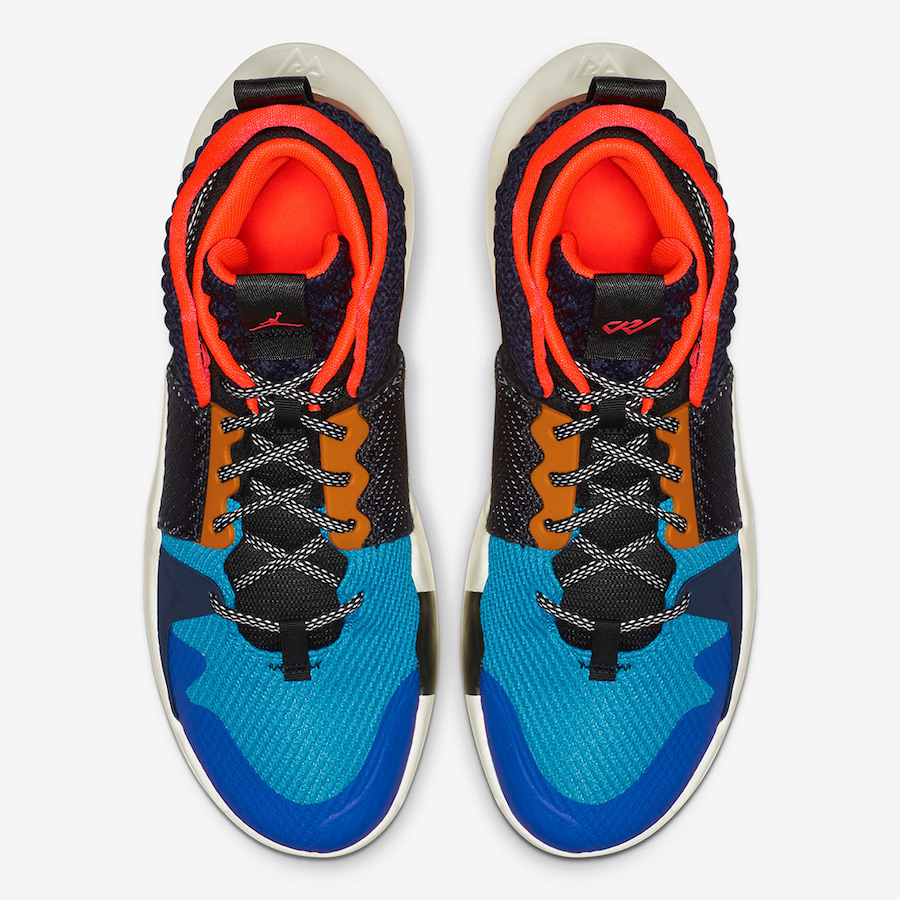 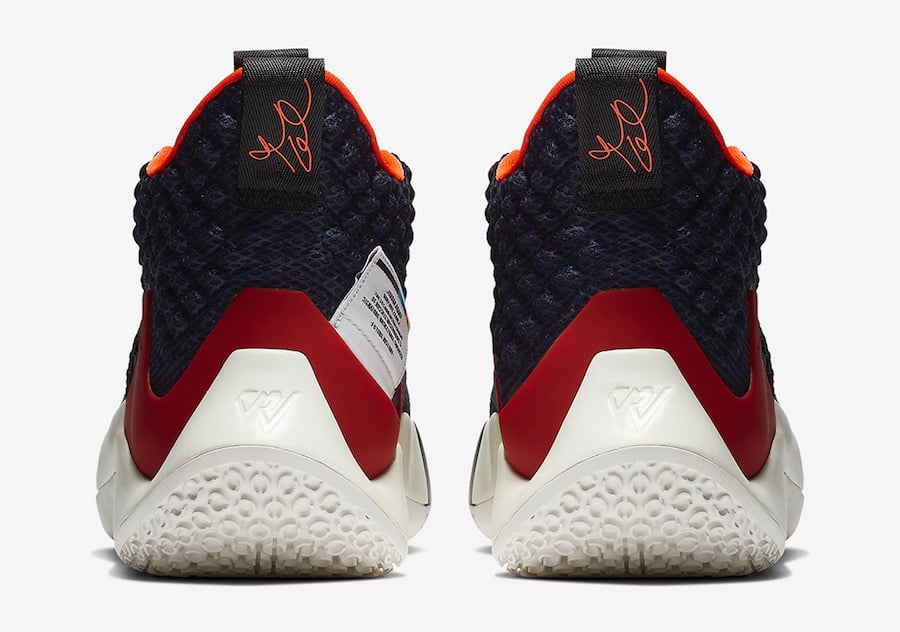 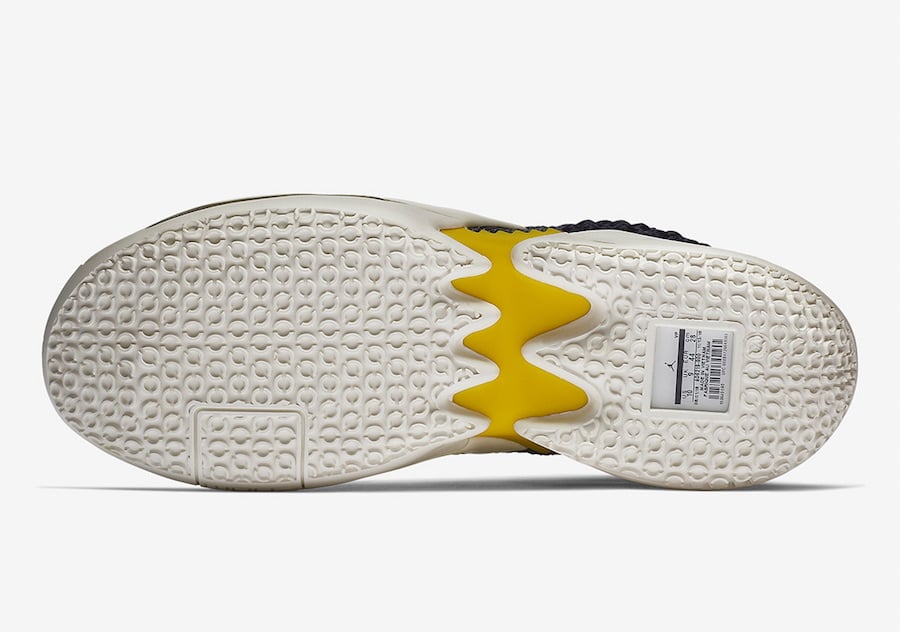 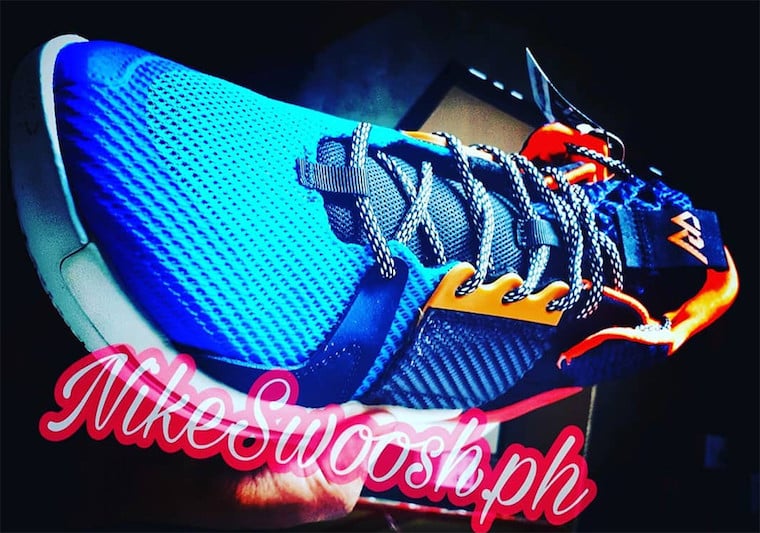 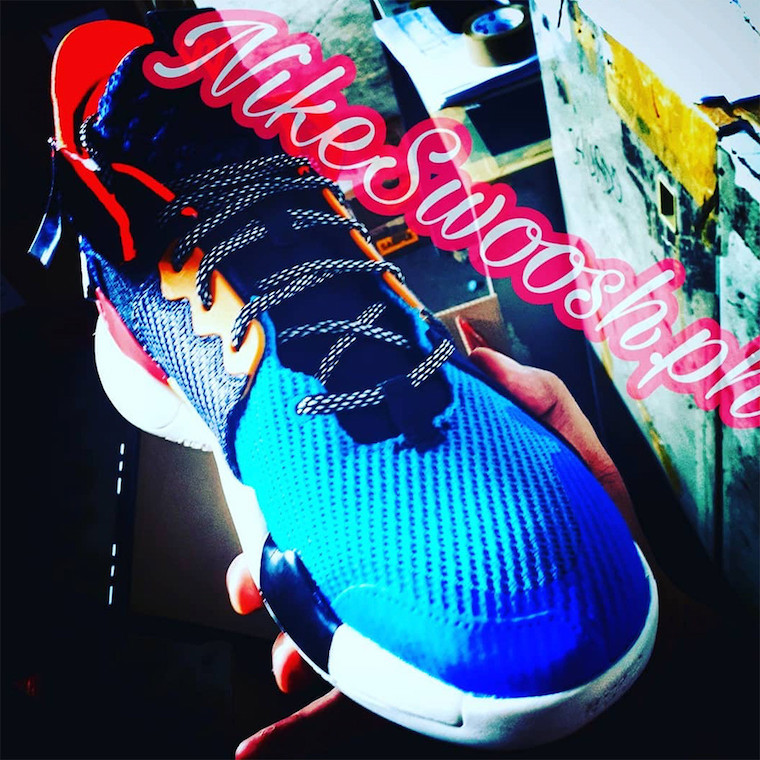 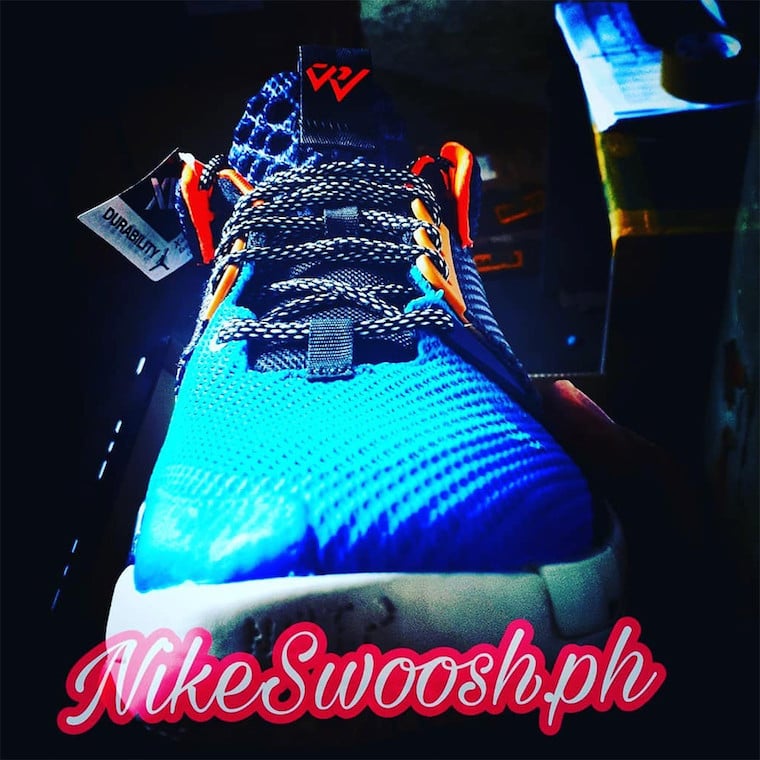 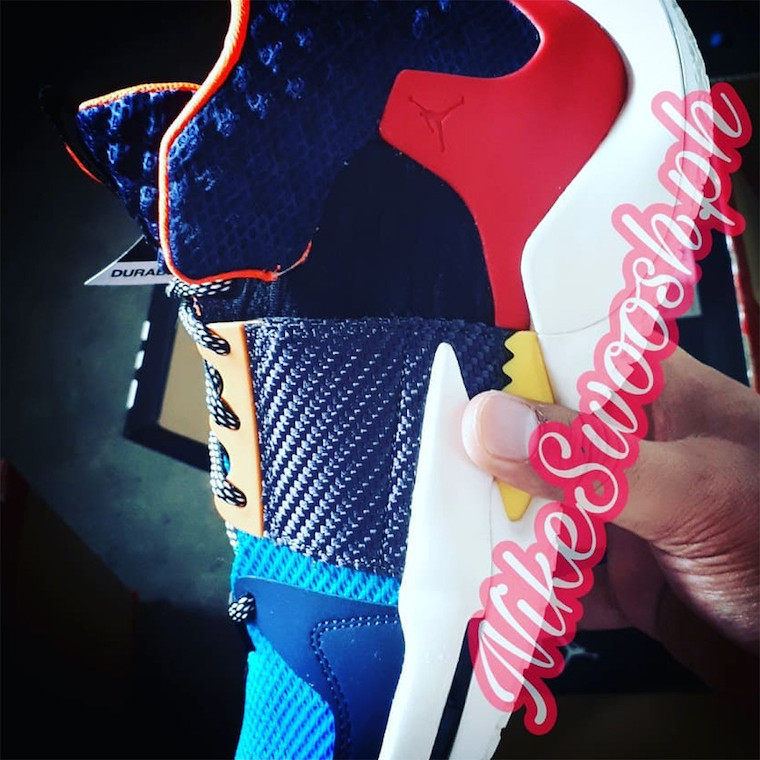 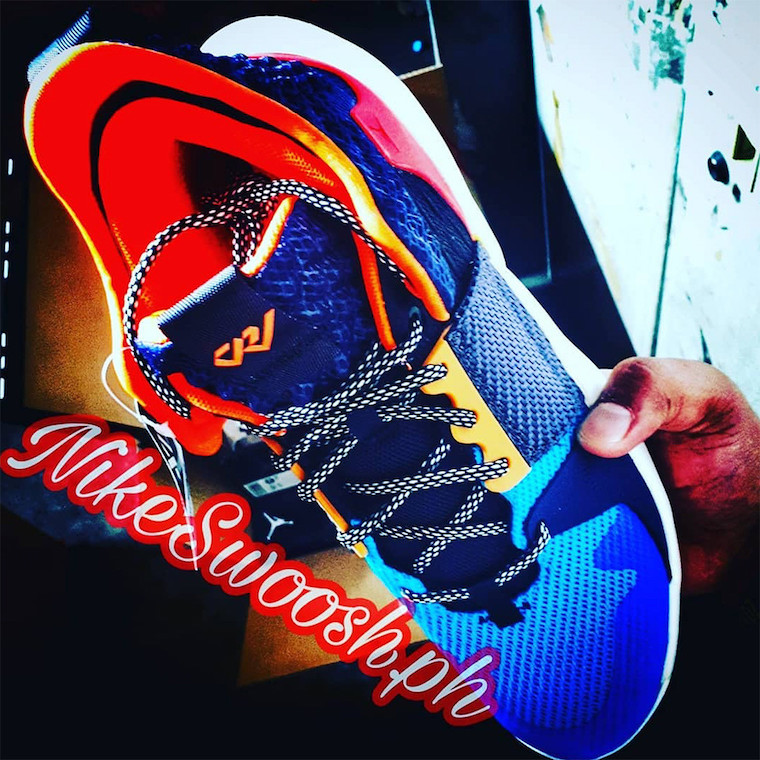 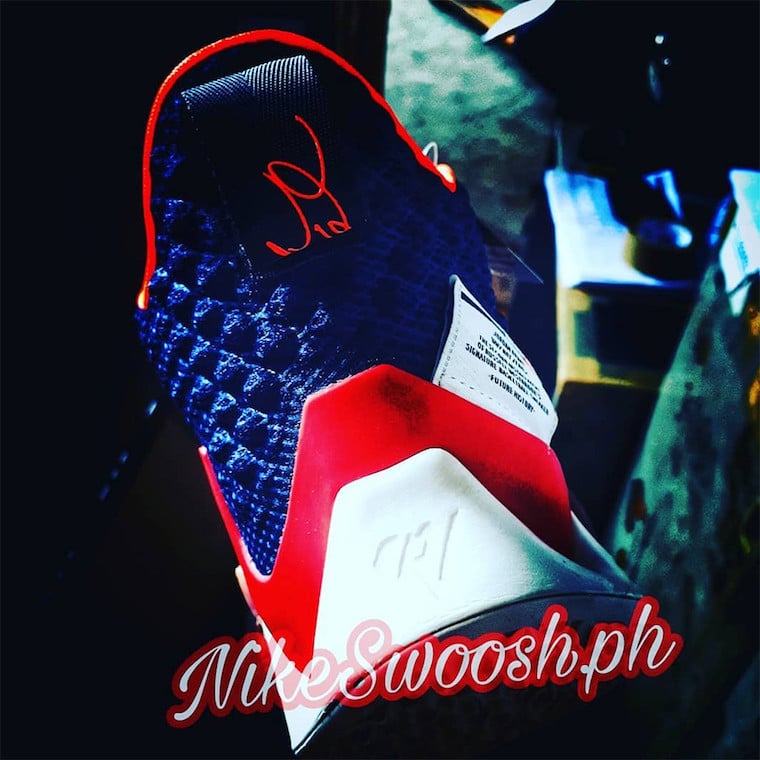 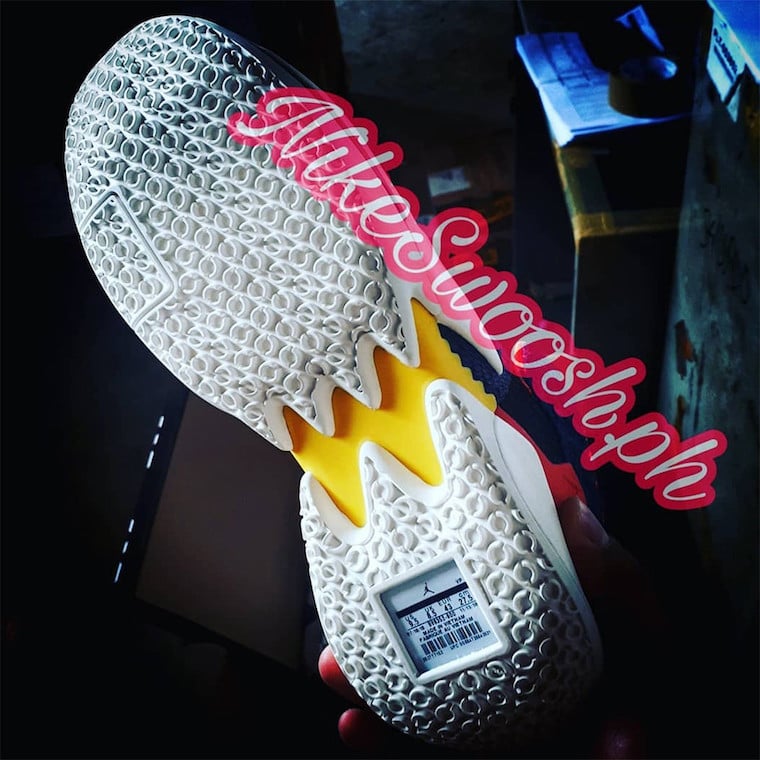