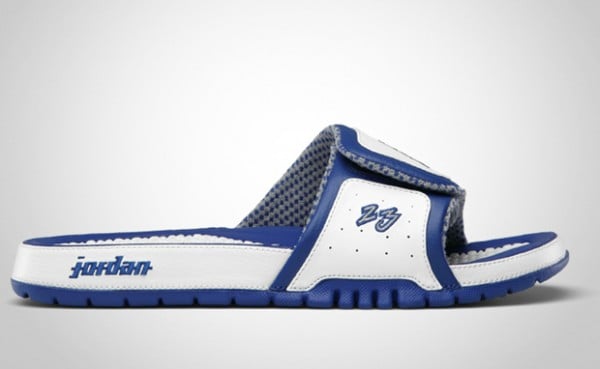 Sticking with tradition, Jordan Brand is set to drop a new colorway of the Hydro 2 Premier Slide to coincide with an upcoming retro.

This time, the Hydro 2 is meant to mimic the Air Jordan X “Old Royal”. Featuring the same look as the “Chicago” Slide, these replace all of the black accents with royal and feature the same overall look as the upcoming release.

Look for the “Old Royal” Jordan Hydro 2 Premier to drop early next month to coincide with the retro release on February 11.