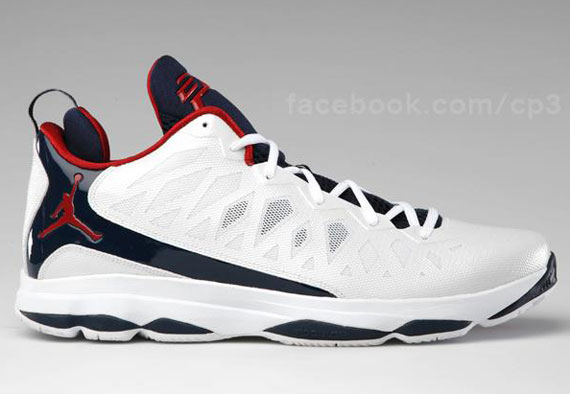 Worn by Chris Paul during Team USA’s gold medal-clinching victory over Spain at the 2012 Summer Olympic Games in London, this “USA” version of Paul’s upcoming CP3.VI was shown off over the weekend.

Pairing a white Hyperfuse upper with navy patent leather and navy and red accents throughout, the kicks feature a low-top silhouette similar to past CP3 signature models and appear to feature Podulon cushioning once again.

While there is no word if this colorway will make it to retail, look for the CP3.VI to debut during the upcoming 2012-2013 NBA season.