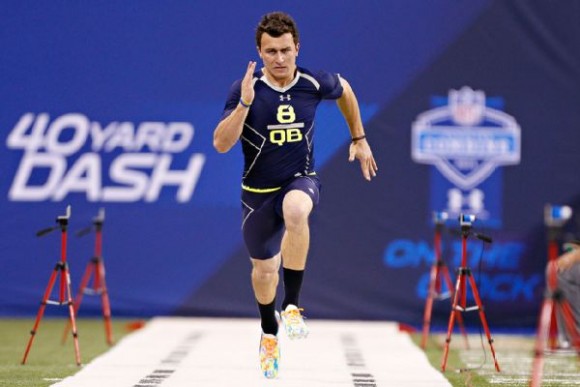 While the 2014 NFL Draft won’t be happening until May 8, Johnny Manziel has already signed a deal. According to reports, Mr. Football has just become the newest member of the Nike family. That’s right, 2012’s Heisman Trophy winner has joined forces with the Swoosh. Although Manziel rocked adidas during his tenure with Texas A&M, the top prospect will take to the NFL gridiron as a fly rookie. Now that the deal is done, don’t be surprised if you see a few Johnny Football ads in the near future. From College Station to the Pros, Johnny Manziel just did it.