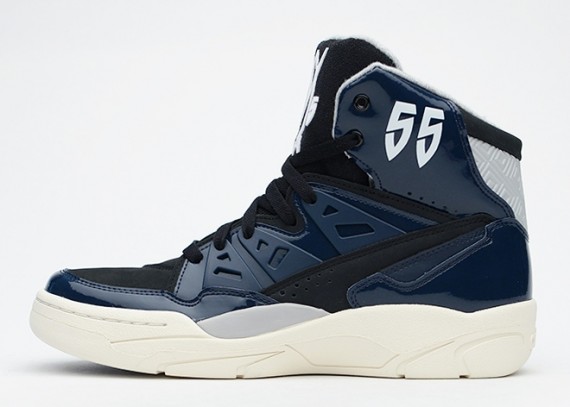 Originally pegged as a sample upon its initial arrival, it looks like the “Patent Leather” adidas Mutombo will indeed be releasing. In tweaking the original design, the folks over at adidas reworked the models upper with patent leather and suede detailing. Outfitted in a rather dark color palette, the black and navy blue base is accented with hints of white about the branding, heel and sole. Having already landed at overseas retailers like Caliroots, sneakerheads can expect to see these touch down in the states fairly soon. Check out another look after the jump and let us know if you’ll be keeping a close eye out for these. 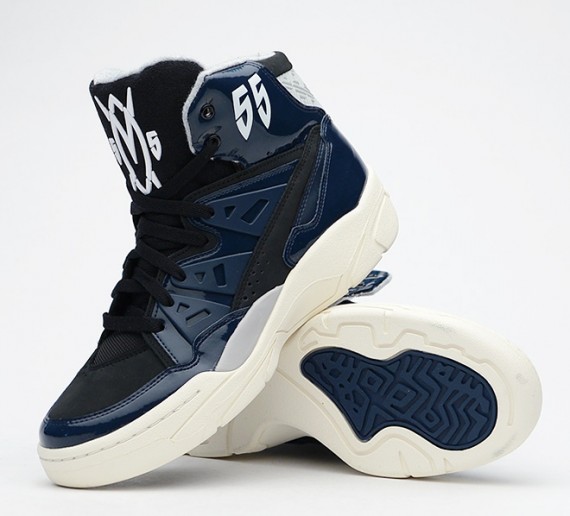 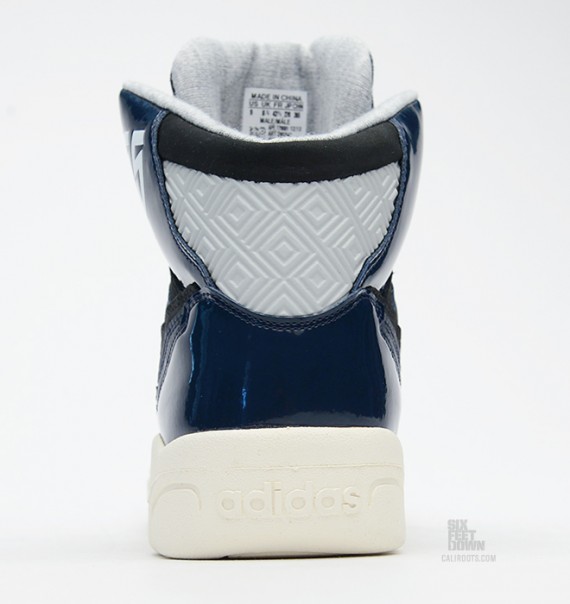 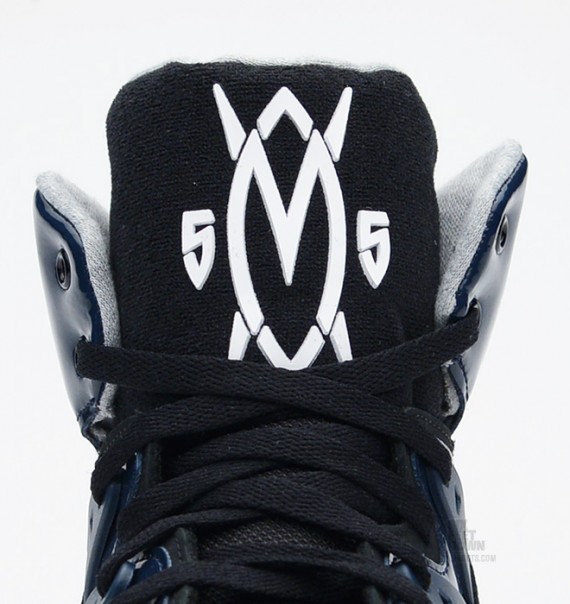 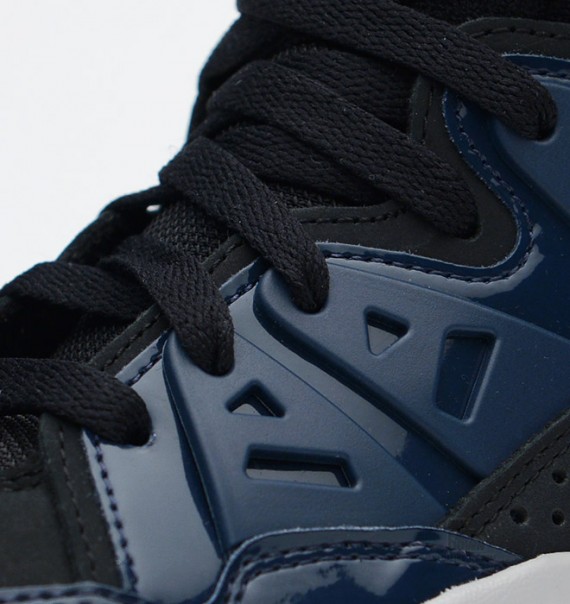 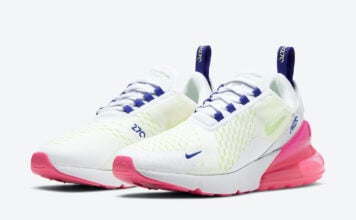