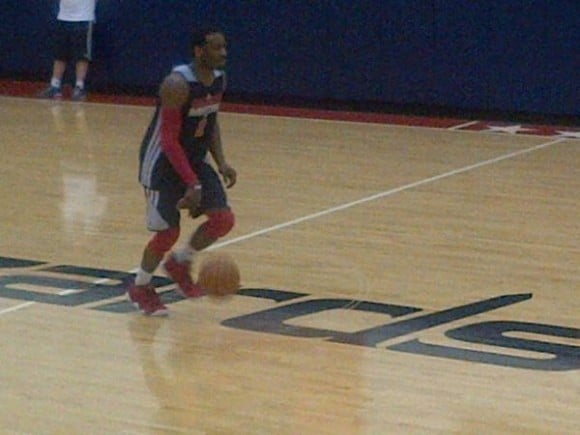 It looks as though Washington Wizards point guard John Wall my be moving from Reebok to adidas Basketball. The star was spotted at practice yesterday rocking the retro version of the adidas Top Ten 2000 instead of his usual Reebok signature. Since Reebok is owned by adidas, this move wouldn’t be particularly shocking and would be similar to Blake Griffin’s recent move from Nike to Jordan Brand. Stay tuned for additional details and the future of Reebok basketball.