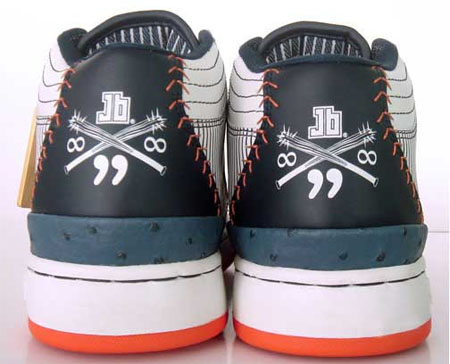 After teaming up with the people of the “Untitled” exhibition, JB Classics has displayed a new Getlo Mid featuring some unique aesthetics. The sneaker is composed of genuine leather, Ostrich acents, and orange baseball stitching.

Furthermore, the upper is pinstriped with navy stripes on a white upper. In addition, the inner liner features a mixture of Drytex and navy pinstripes along with the special collaboration logo. Unfortunately, there is no set release date, so stay posted. Via hs. 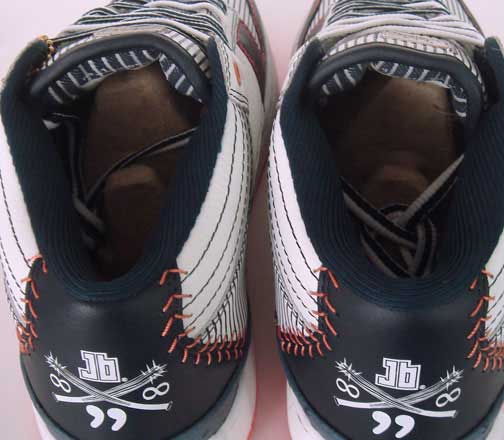 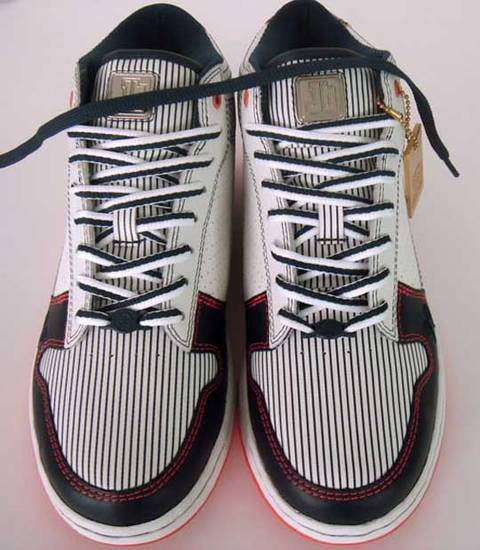