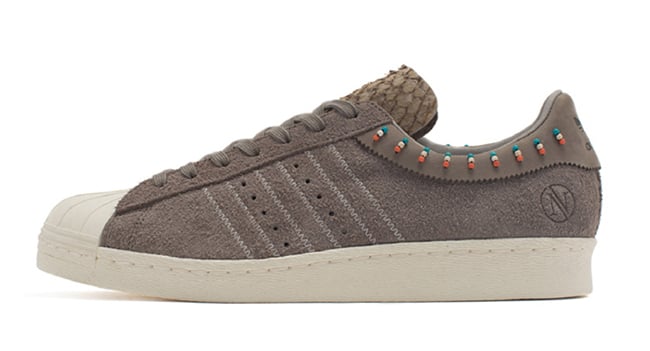 Invincible name pops up once again on a new collaboration. They have connected with adidas for two pairs resulting in the Invincible x adidas Superstar. Make note that the actual model used is the Superstar 80v.

Due to Invincible’s roots being grounded in Taipei, they have inspired this new two pair pack by the Taiwan culture and the residents. Using a snake scale on the tongue, embossed branding and colored beads around the collar. Coming in black or grey, each are completed with a cream shade through the midsole and shell-toe.

More photos of each pair involved in the Invincible x adidas Superstar 80v pack can be seen below. As for a release date, they are scheduled to launch on November 21st, 2015 at select retailers. 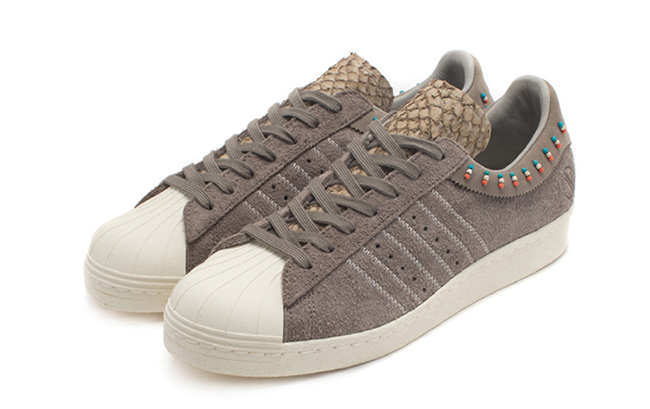 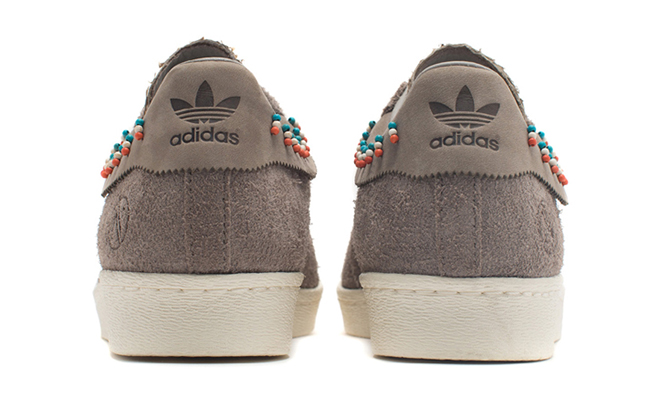 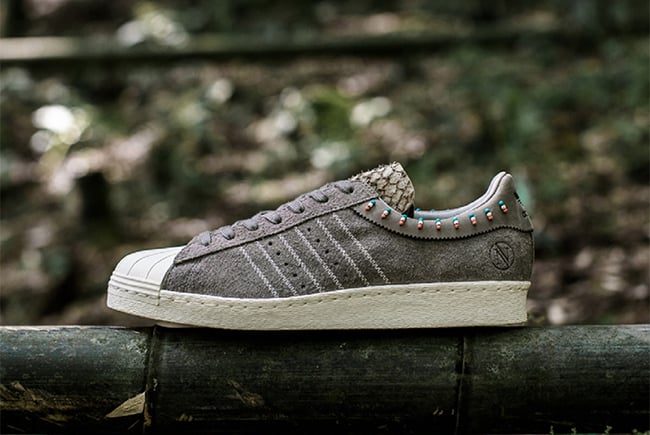 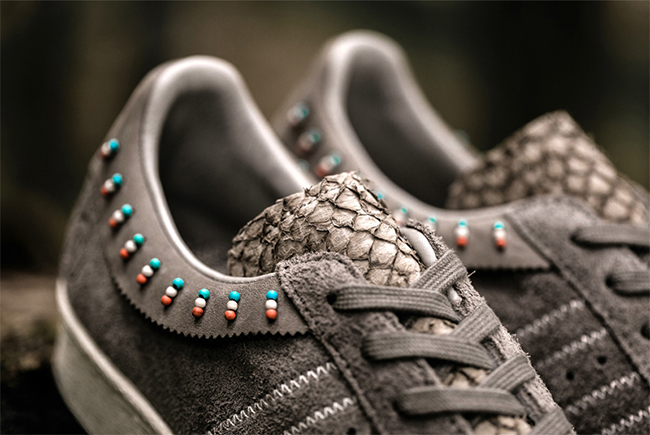 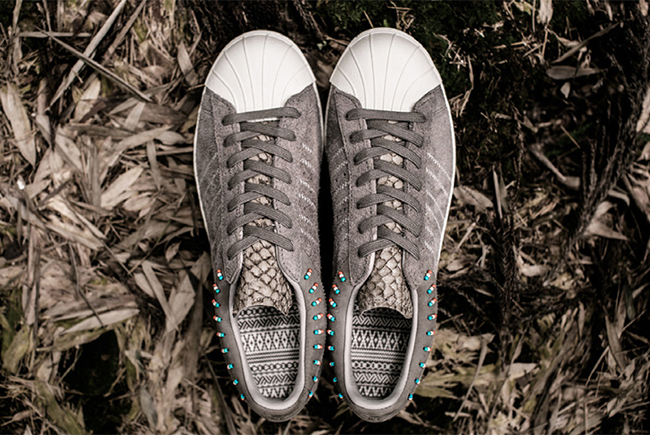 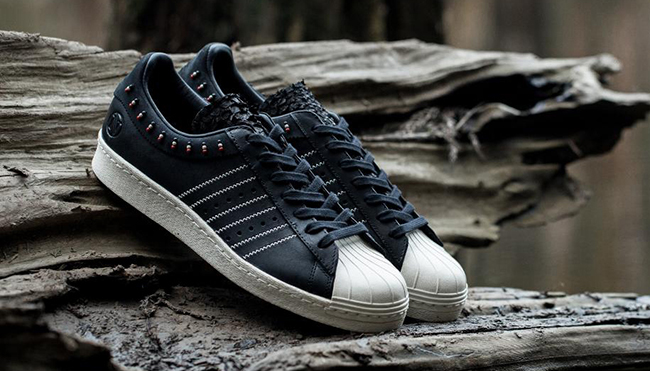 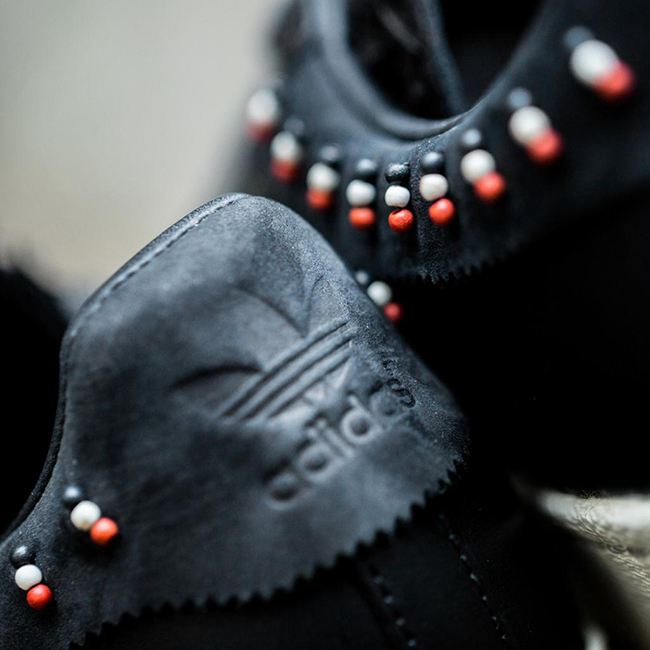