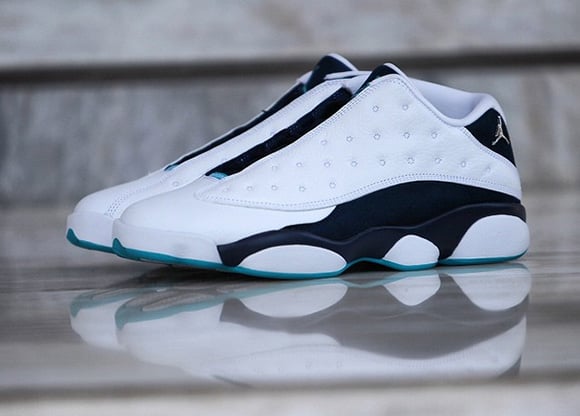 This weekend will have a couple releases, with one and more than likely being the most popular is the Hornets Air Jordan 13 Low.

With more and more low top sneakers coming, it’s nice to see the Jordan 13 return in the same fashion as it’s been a while since we saw a release. The Hornets model comes with a white upper that uses midnight navy on the mudguard, hints of turquoise blue on the tongue and sole and metallic silver on the Jumpman logo. 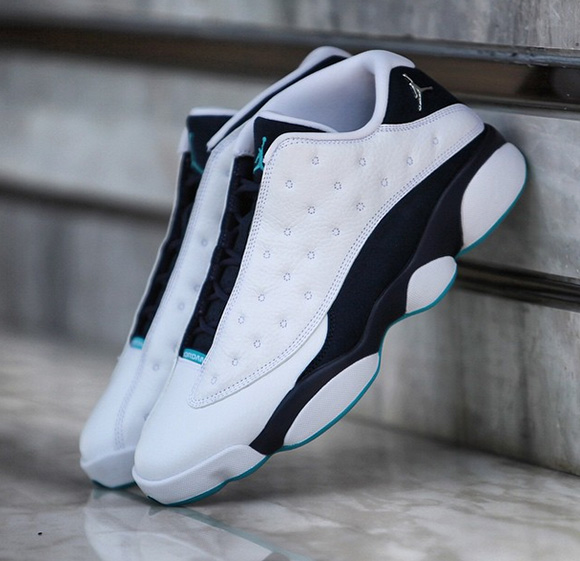 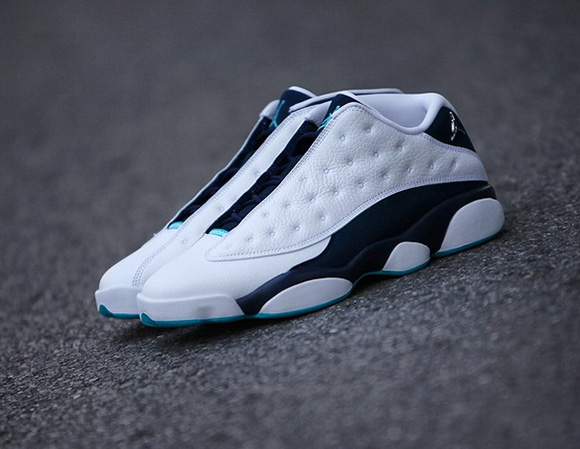 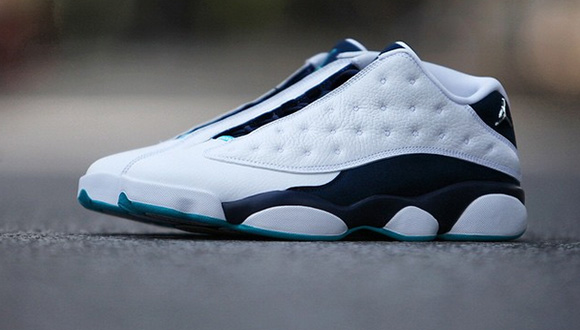 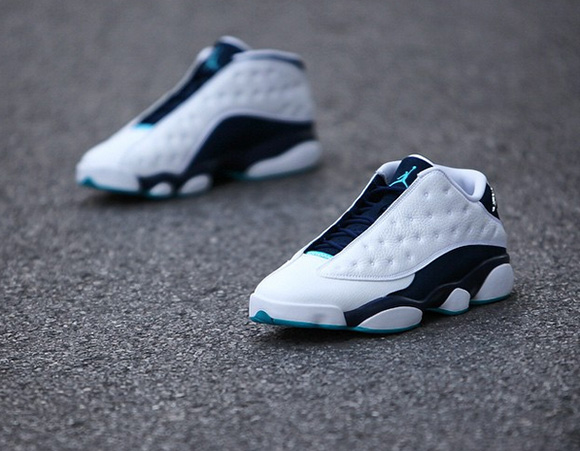 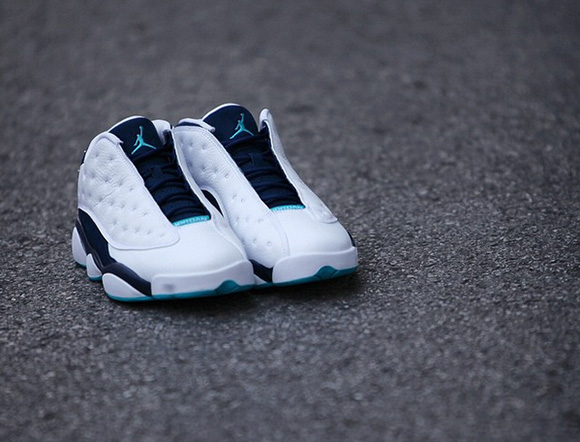 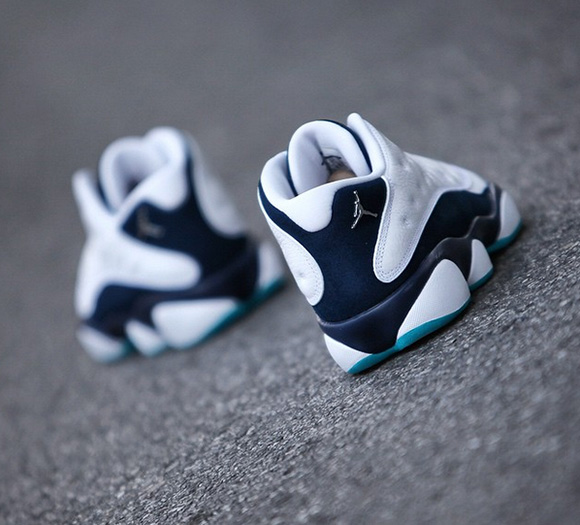 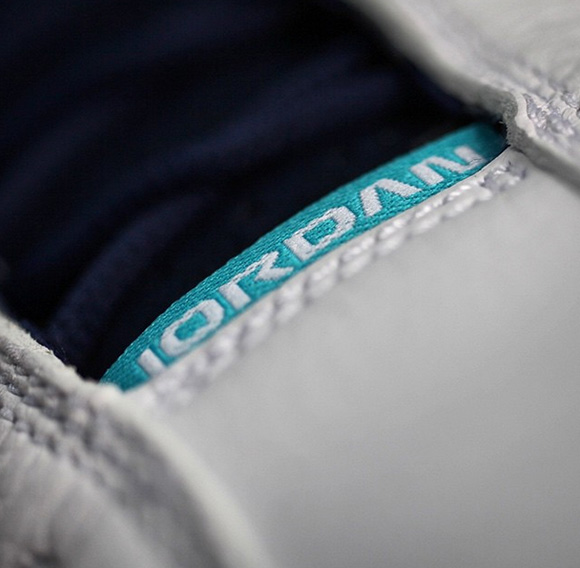 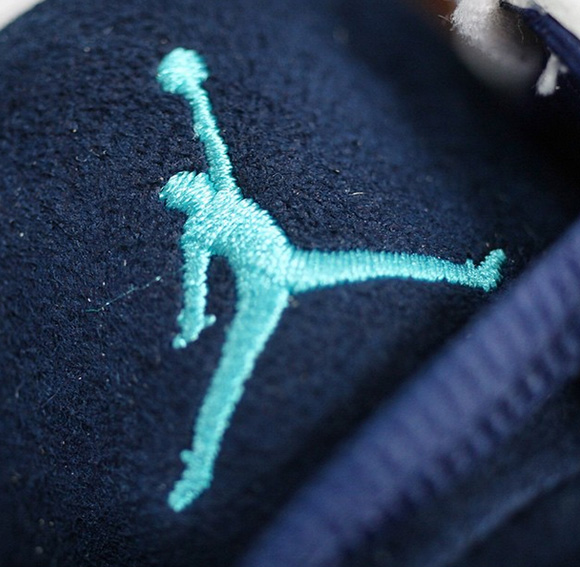 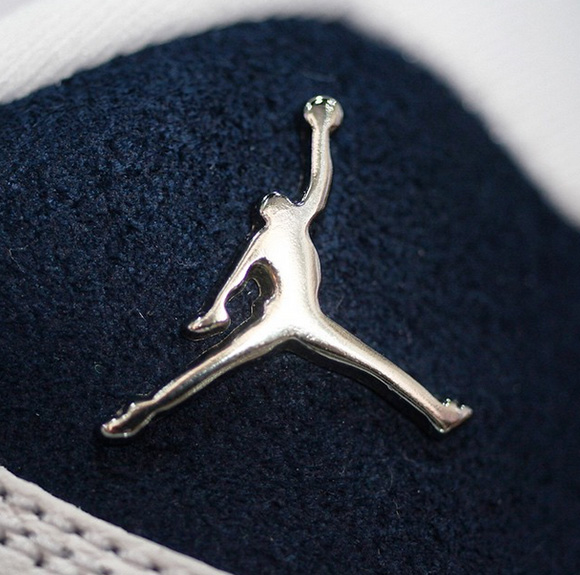 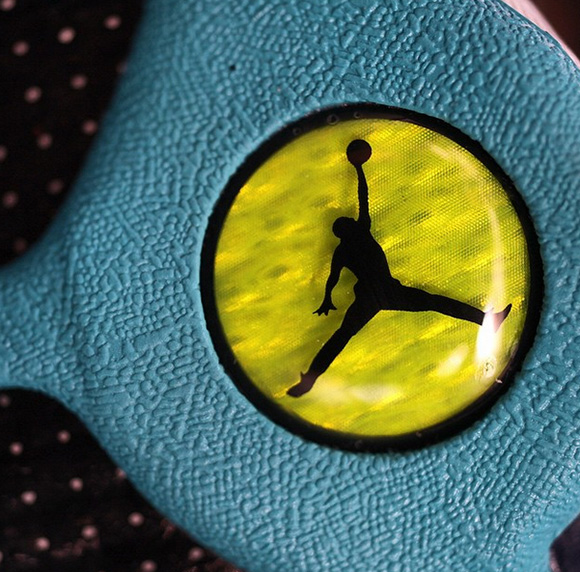