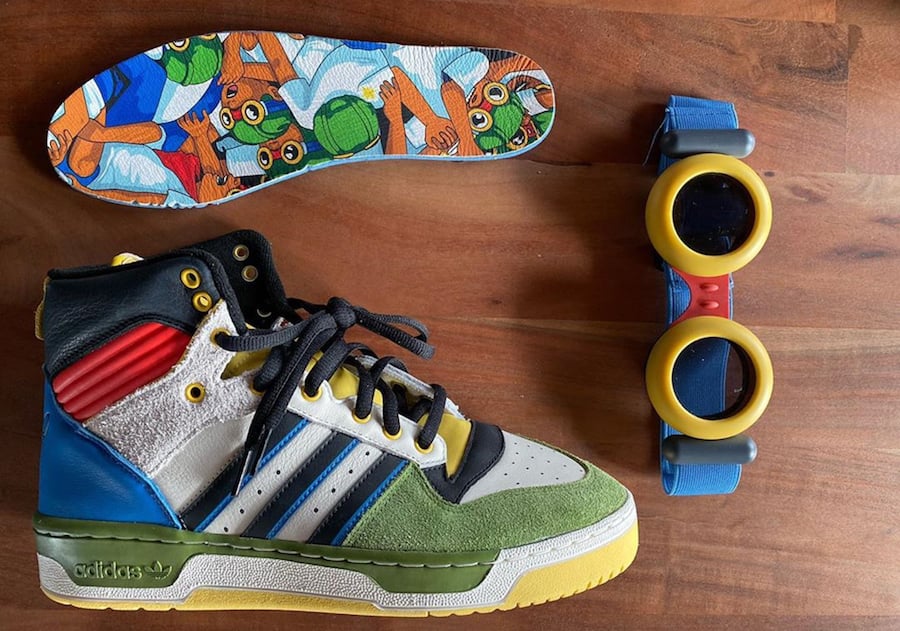 Hebru Brantley who is a Chicago artist has connected with BBC Ice Cream and adidas Originals to release the Rivalry Hi during Art Basel.

Looking closer this adidas Rivalry Hi comes with various colors on the suede overlay which is a nod to the artists Flyboy character who is also placed on the insoles. Also constructed with nubuck and leather, Yellow is applied to the eyelets and rubber outsole which completes the look.

You can expect the Brantley x BBC x adidas Rivalry Hi to release on December 5th exclusively at the BBC Ice Cream pop-up which is located at 225 NW 25th Street in Miami during Art Basel. Currently a wider release is unknown.