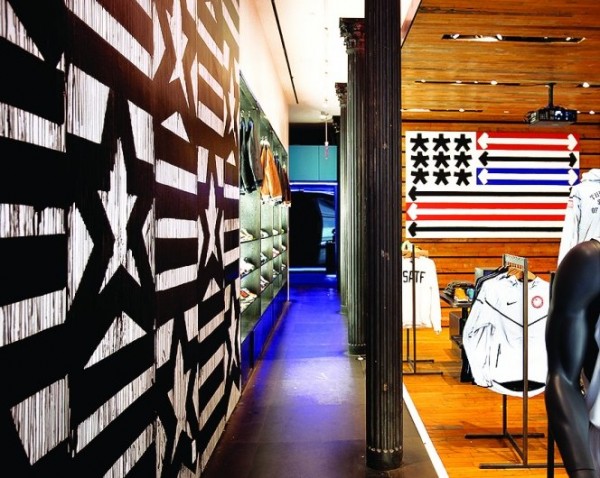 Legendary New York graffiti artist Eric Haze was recently commissioned by Nike Sportswear’s 21 Mercer to create a special installation for the SoHo storefront in honor of the 2012 Summer Olympic Games in London.

A project I have been developing with Nike in honor of the 2012 Olympics opened last friday,
after completing the final installation at their 21 Mercer St. flagship store in Soho…

The first component of the project involved creating a modular painting system, originally based on a flag,
which also took it’s cues from a number of historical symbols from basketball, track and field.
Using 2’ x 2’ individual icons, I created a 8’ x 16’ master painting,
which then breaks down into various configurations both with and without the letters USA.
The original artwork was conceived for use in global retail installations throughout this summer,
with the actual painting intended to be reconfigured site specifically for the window of the 21 Mercer St. store.

Then following up on the original flag concept,
I introduced color with the production of a large hand painted canvas of my take on the American flag.
Then last week I also painted a mural on the store’s main south wall in free flowing india ink,
using a more condensed and imperfect style to create contrast with the other more controlled works.

We also set up stop motion cameras in my studio for 5 days of production,
as well as during the installation of the interior wall painting.
The first video is on rotation now in the Mercer St. store,
and both will be released globally during the course of the olympics soon. 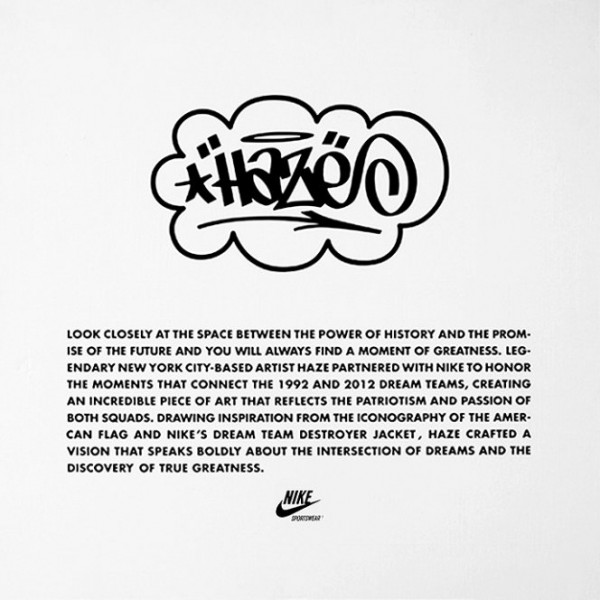 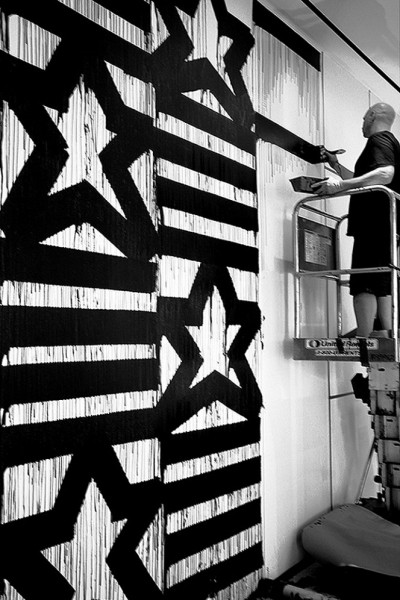 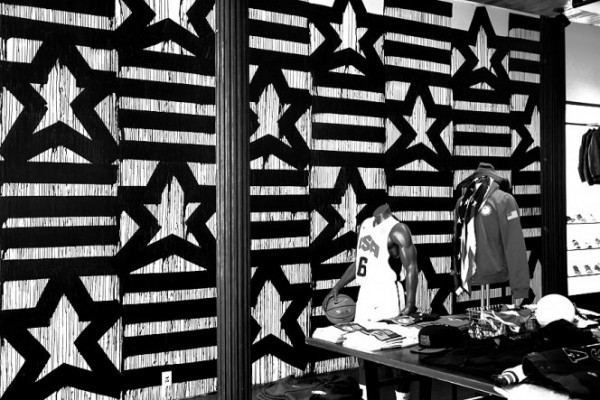 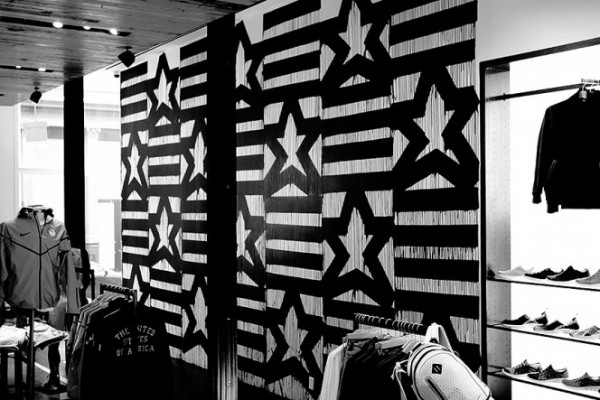 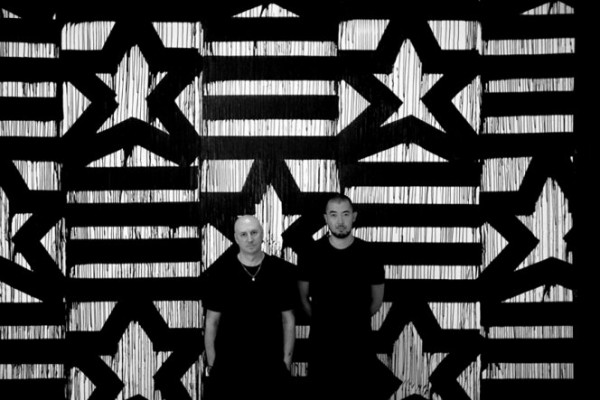 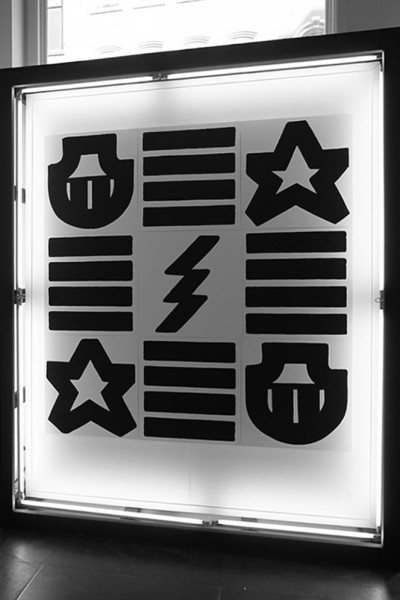 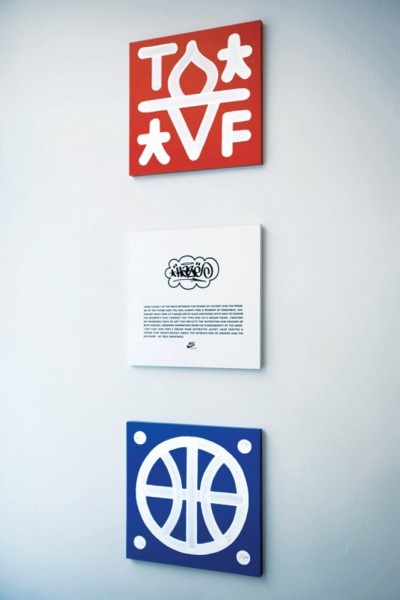 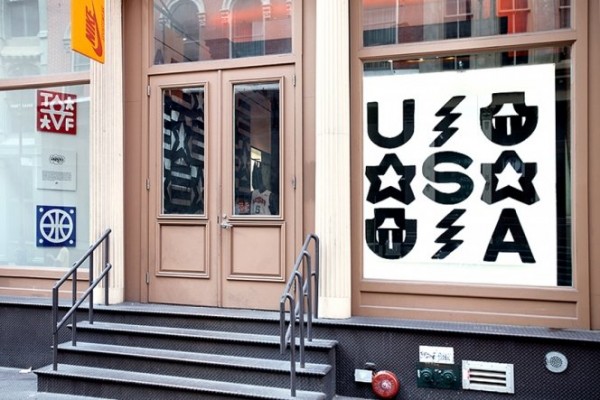 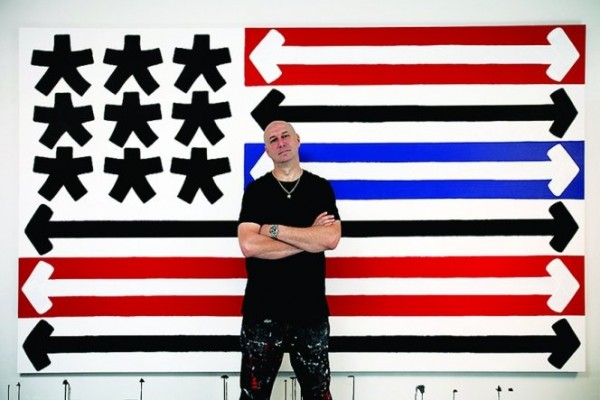